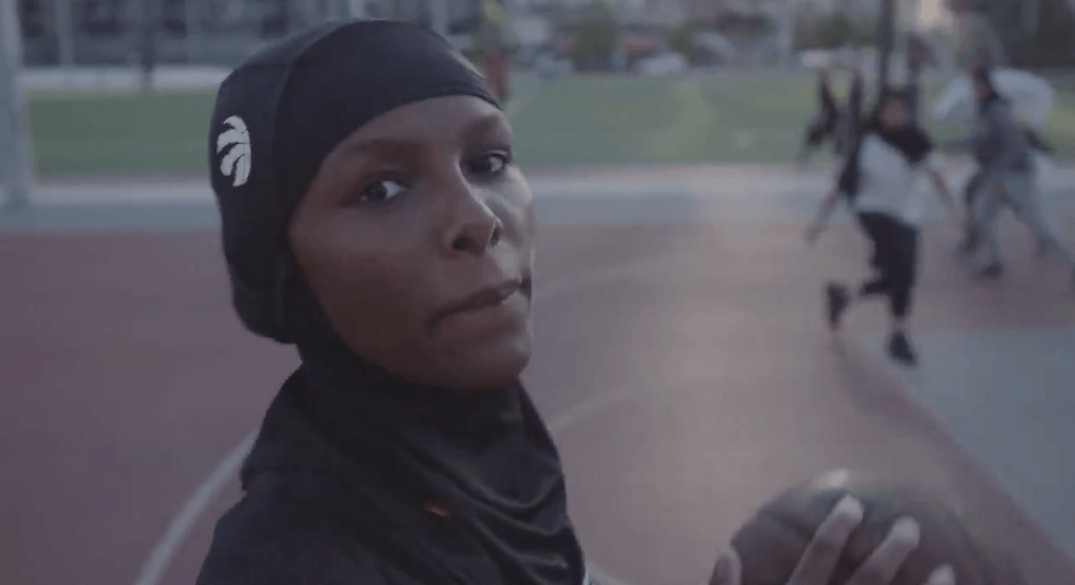 The Toronto Raptors have unveiled its latest partnership with Nike, and it’s for a line of athletic hijabs.

The Toronto Raptors Nike Pro Hijab is the first team-themed one and is available now. The Raps say it is “inspired by those brave enough to change the game.”

Nike carries a Pro Hijab line, which is described as a “durable single-layer power mesh, and its lightweight polyester features tiny holes for optimal breathability with a soft touch. The back of the hijab is elongated to ensure it doesn’t come untucked while you work out.” While the store carries a couple of designs, this is the first that has a team logo.

Following the announcement on Friday, The Hijabi Ballers project said they are honoured to partner with the Raptors to launch the new line.

“We’re excited and humbled to partner with none other than the 2019 NBA Champions Raptors to present our mandate to the world — celebrating and increasing opportunities for Muslim girls and women in sport— as they launch the new Toronto Raptors Nike Pro Hijab,” said the Toronto-based group.

“Basketball is integral to our growing community in this cultural mosaic of a city. It allows us to come together and play, feel confident in our abilities, and be celebrated for who we are. We couldn’t be more proud of our athletes and their contribution to changing the culture around sport in the city; and a huge THANK YOU to Raptors for recognizing that.”

Inspired by those brave enough to change the game.

According to its website, ​The Hijabi Ballers project seeks to recognize and celebrate the athleticism of Muslim girls and women. Through their programs, they also work to increase representation, and consequently participation, of Muslim females in sport spaces and sports programs around the city.

“This is amazing. First NBA team to have a team specific hijab. I want ten,” she said on Twitter.

This is amazing. First NBA team to have a team specific hijab. I WANT TEN. K THANKS BYE.