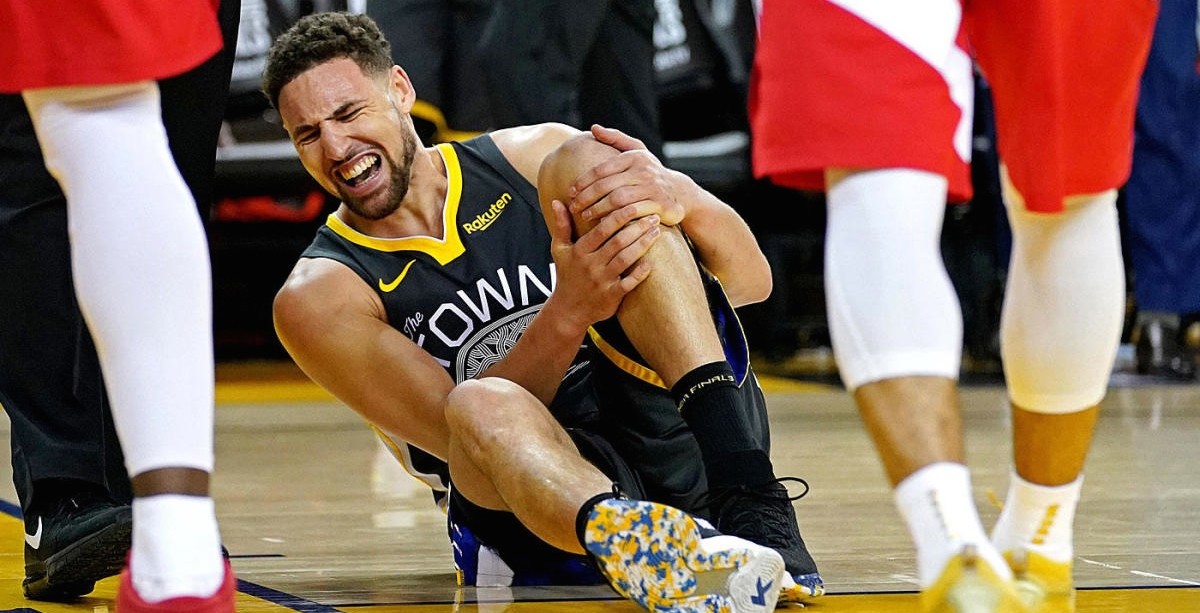 Along with last night’s thrilling conclusion of the 2019 NBA campaign, Klay Thompson’s season is really over.

The Golden State Warrior sustained a torn ACL in his left knee during the third quarter of Game 6 of The Finals, adding more injury news to the two time defending champions after Kevin Durant ruptured his right Achilles tendon and had surgery.

Before Toronto took home Canada’s first-ever NBA title, Thompson went down after being fouled by the Raptors Danny Green, according to NBA.com.

The shooting guard landed awkwardly on a breakaway dunk attempt with 2:22 left in the third as the Warriors fought to keep their season alive.

After going down, Thompson immediately grabbed his left knee in obvious pain on the court as Golden State’s medical staff rushed out to attend to him.

“It’s just tough in terms of a guy like Klay that left it all out there,” said Stephen Curry after the game. “He was playing amazing tonight. And to see a freak play like that where he lands awkwardly. I don’t know the diagnosis yet, but you think about the person and the guy and how much he loves to play the game and that’s the only thoughts you have. It’s really not about what it means in terms of playing basketball. It’s just I’m more concerned about him as an individual.” 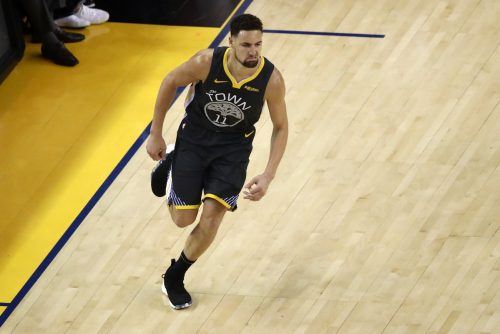 After getting helped off the court, Thompson returned briefly to shoot a pair of free throws before limping back off.

He was seen jogging in the hallways of Oracle Arena, according to the press release, before eventually being ruled out. The soon-to-be free agent was shown leaving the venue on crutches, finishing the game with 30 points.

“He might be the toughest guy I’ve ever seen in my life,” center Kevon Looney said. “I know he was in a lot of pain when he went down. I’ve never seen him scream or show emotion like that, so I knew he was hurt. He’s a tough guy and came back and made the free throws.”

Appearing in their fifth straight NBA Finals, Golden State missed out on a third consecutive championship and now enter the offseason with the possibility of both Durant and Thompson becoming free agents.