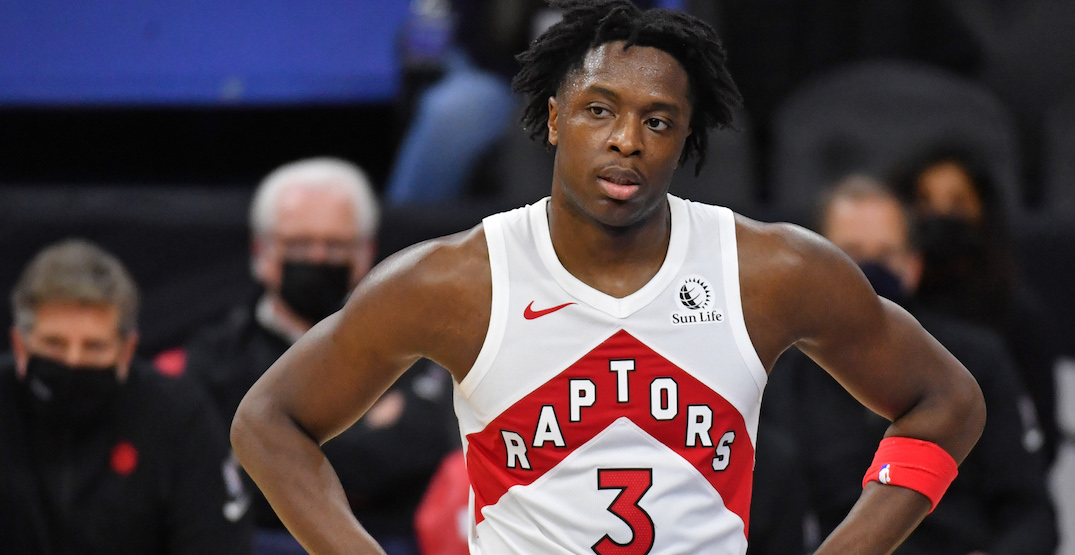 The Toronto Raptors will be extremely shorthanded for their rescheduled game against the Detroit Pistons on Wednesday.

The Raptors will be without five players, including three starters, due to the NBA’s COVID-19 health and safety protocols. The team has announced that Fred VanVleet, Pascal Siakam, OG Anunoby, Malachi Flynn, and Patrick McCaw will all miss the game.

To help fill in, Jalen Harris and Donta Hall have been called up from Raptors 905.

The Raptors have had to postpone their last two games due to COVID-19 protocols, which resulted in the team not having enough players cleared to compete. Players can be ruled out if they test positive for the virus, or if they are deemed to be a “close contact” of someone who tested positive.

Health and safety protocols kept Siakam, along with Nick Nurse and five other members of the Raptors coaching staff, out of Friday’s game, which was their last game that went ahead as scheduled.