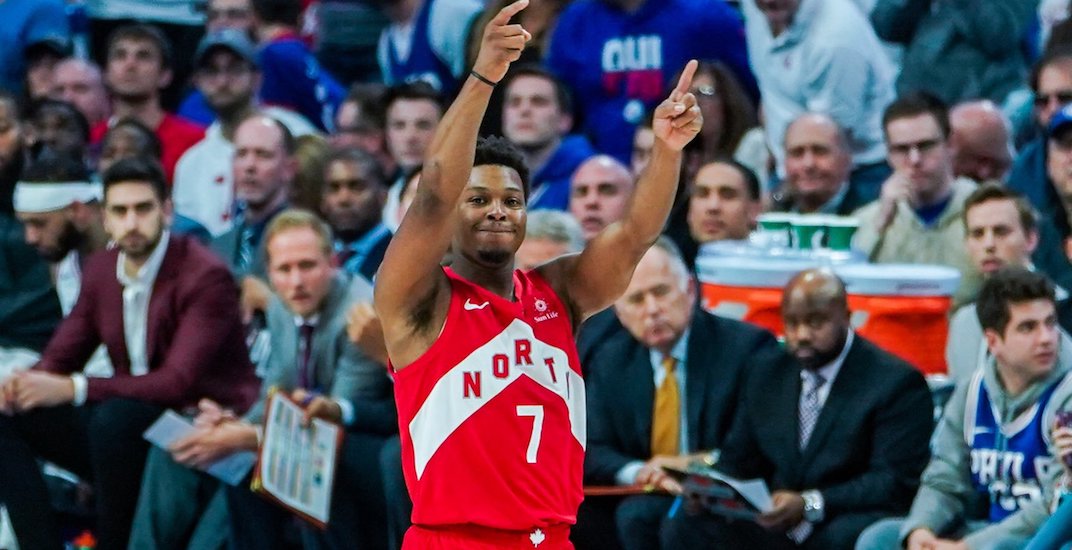 The Toronto Raptors are entering the 2019-20 regular season as the reigning NBA champions – a statement that fans aren’t sick of hearing yet.

As is tradition for this time of year, everyone is making their predictions for how the season is going to unfold. Many of them aren’t being too kind to the champs.

But the NBA is an unpredictable league, this past season/off-season is a prime example of that.

1. They still stack up well in the East

The Raptors are going to be playing this season with a chip on their shoulder.

In some of the NBA preseason predictions and early power rankings, the Raptors are being treated as the fifth or sixth best team in the East behind the likes of the the Bucks, 76ers, Celtics, Nets, and Pacers.

But don’t listen to them Raptors fans, Toronto will finish in the top four of the Eastern Conference will have home court advantage in the first round.

Once you get past the Bucks and 76ers, the Raptors stack up well.

Like the Raptors, the Nets, Pacers, and Celtics are all dealing with major offseason changes. The Nets added Kyrie Irving, DeAndre Jordan, and the injured Kevin Durant, the Pacers added Malcolm Brogdon but are still waiting for the return of Victor Oladipo, and the Celtics signed Kemba Walker.

While the Raptors lost Kawhi Leonard and Danny Green, the rest of their championship core is still intact.

As soon as Leonard and Green left for Los Angeles, rumours started to swirl that Masai Ujiri was going to trade the trio of Kyle Lowry, Serge Ibaka, and Marc Gasol for assets and rebuild the roster from the ground up.

Toronto’s next move will be interesting. Raptors can still field a competitive team, but with several players in the final year of deals — Lowry, Ibaka, Gasol — expect Toronto explore trades and a rebuild around Siakam, VanVleet.

So far there have been no signs of the Raptors looking to trade any of those players. Instead they signed Lowry to a one-year, $31 million contract extension.

The Raptors are the reigning champions and they’re not going to give the title up without a fight.

Given that the team went 17-5 last season without Leonard in the lineup, we shouldn’t expect anything less.

3. OG Anunoby will be the most improved player in the league

While the Raptors didn’t add any big names in the offseason to counter losing Leonard and Green, they will get OG Anunoby back.

The stage is set for the third-year pro to take a big step forward. He’s back to being healthy after last year’s emergency appendectomy and there’s an open spot in the lineup at small forward.

The 22-year-old came off the bench last season, averaging seven points and 2.9 rebounds per game. He also shot 45.3% from the field and 33.2% from the three-point line.

His offensive numbers have already started to show improvement in preseason as a starter. In the Raptors’ four exhibition games Anunoby has averaged 10.5 points, 3.2 rebounds, 2 assists, and 1.5 steals per game. He shot 46.9% from the field and 46.2% from the three-point line.

Anunoby is already an excellent defender and will be responsible for guarding the top players on opposing teams. If he can get his offence going he’ll make a strong case for the Raptors’ second straight Most Improved Player award.