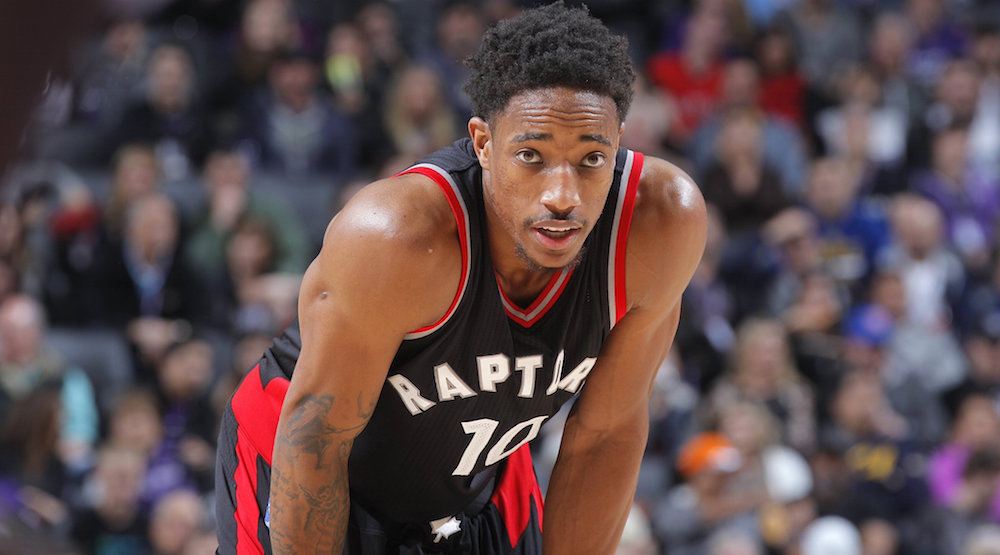 Despite being an Eastern Conference contender for the past four years, the Toronto Raptors are flying into this season under the radar, and not because they’re at training camp many miles away from home in Victoria, BC.

Victoria we out here & we’re bringing something BIG. #WeTheNorth pic.twitter.com/vv70vJ5aIi

Back are All-Stars Kyle Lowry and Serge Ibaka, who re-signed with the team.

With the team making tweaks to their lineup, the question is how the team will compete with the rapidly improving East, and the powerhouses in the West.

During the playoffs last year, the Raptors were outdated and out-matched offensively in comparison to the Cavaliers—the eventual Eastern Conference champions.

The team struggled to find their rhythm, relying heavily on DeRozan isolations, Lowry pick-and-rolls, and transition (which is at a minimum in playoff basketball). Without the ability to space the floor, teams close the paint, making it tougher to seek out high percentage shots.

Going into the offseason, the biggest issue to address was the lack of three-point shooting—ranking in the bottom half of the league in the playoffs (11th).

The Raptors kept Lowry and Ibaka, two of the team’s best outside shooters, and brought in one of the best three-point threats in Miles. However, the crucial development that needs to happen this season, is DeRozan developing the ability to shoot from range.

Despite being one of the league’s premier offensive players, DeRozan is a negative analytical player—offence coming from inefficient, low percentage ways—because of his inability to step out consistently.

DeRozan’s three-point percentage was worse than the previous season, but, he improved his shooting from the right corner; 55.6% on 0.2 attempts.

His biggest trouble, was his shooting from anywhere above the corners—an abysmal 18.3% on 1 attempt a game.

As their number one offensive option, DeRozan needs to shoot and make more threes a game—it’ll allow more breathing room for him and his teammates to operate, keep defences honest, and provide more versatility on the floor.

DeRozan shooting and making threes alone will result in wins throughout the season.

The Raptors struggled with health last season, especially going into the playoffs.

Patterson sat for 17 games (the most out of his three full seasons in Toronto), Lowry missed the last quarter of the season—including the bulk of the Cleveland playoff series—while DeMarre Carroll played at 50%.

With Lowry and Patterson off the court, the Raptors were neutral. When on the court, however, the team was significantly better with a +/- percentage of 11.4.

After seeing the Raptors barely hold the fort together during Lowry and Patterson’s absences, any injury this year will be bad—there is a serious lack of depth and talent than the past few seasons.

Without one of Lowry, DeRozan, Ibaka, or Miles available, the drop in the level of play and production will be apparent.

3. Youngsters taking the next step

In connection with health, if any of the key players go down, the Raptors’ roster is built to rely heavily on their younger players.

Aside from Norman Powell, the Raptors’ prospects have been stored away, playing limited minutes.

Delon Wright, Fred VanVleet, Norman Powell, OG Anunoby, Bruno Caboclo, Pascal Siakam, Jakob Poetl, and Lucas Noguiera are all bound to play or put on significantly more miles than they have in the past.

When the time comes for rest or injuries to the Raptors’ star players, it will be interesting to see if these young players are up for the challenge.

Going into his sixth season, Jonas Valanciunas will be, once again, the X-factor behind the Raptors’ success.

Since his rookie year, improvement in his statistics and production has been marginal while, still, taking seats during fourth quarters and crunch time moments.

After signing his four-year, $64 million deal, Valanciunas’ potential and talent is still up in the air.

Many of his on-court issues have been blamed on the Raptors’ play-style, however, JV has the skill-set to make an impact.

Adding in the league’s small-ball play-style, JV becomes an even bigger liability, considering his lack of speed and lateral quickness, and his inability to shoot from the perimeter.

This season will reveal whether or not JV is a part of the organization’s future.

The Raptors begin the preseason on Sunday against the LA Clippers in Honolulu. Here is their training camp roster: