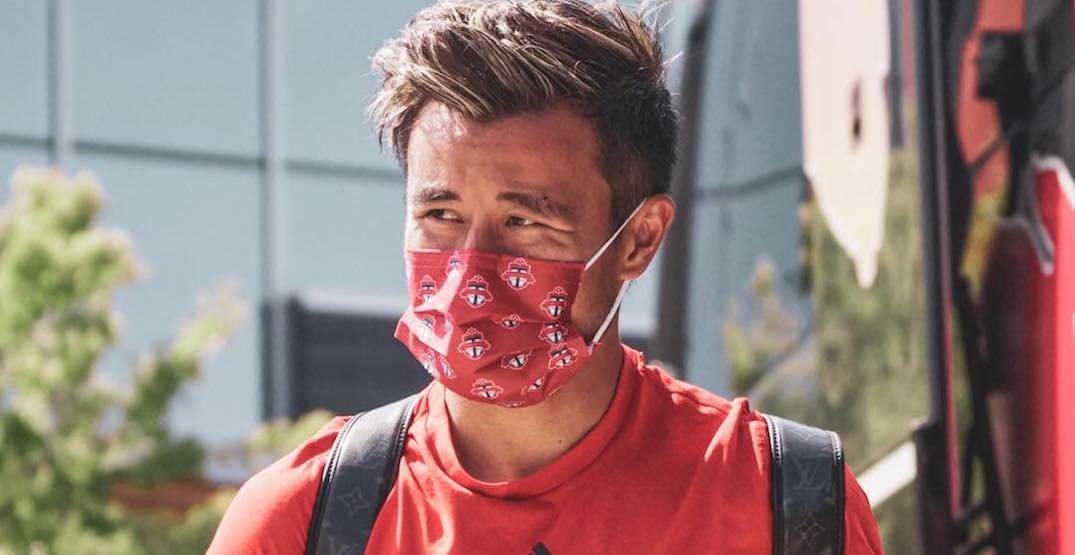 Minutes before Toronto FC was set to play its first match in the MLS is Back tournament, the league announced the game had been postponed due to COVID-19 concerns.

MLS said that coronavirus testing produced an unconfirmed positive coronavirus case for one player and an inconclusive test for another. League protocol is to test players the day before each match.

MLS did not specify if those cases came from TFC players or from their opponent, DC United.

The league put out an official statement at 8:55 am ET, just five minutes before the 9 am match was set to begin at Disney World in Orlando.

“Under the league’s health and safety protocols, clubs are tested the day before each match,” MLS said in its statement. “Because of the arrival time of the clubs in Orlando, the league’s protocol called for retesting both teams this morning and to await the results of those tests prior to playing the match.”

The match between Toronto FC and DC United will be rescheduled, with MLS saying that details would be announced later today.

It has been far from a smooth restart for Major League Soccer in Orlando, with two teams already pulling out of the tournament due to too many of their players testing positive for the virus.

Toronto’s next match is scheduled for Wednesday at 8 pm ET/5 pm PT, against the Montreal Impact.