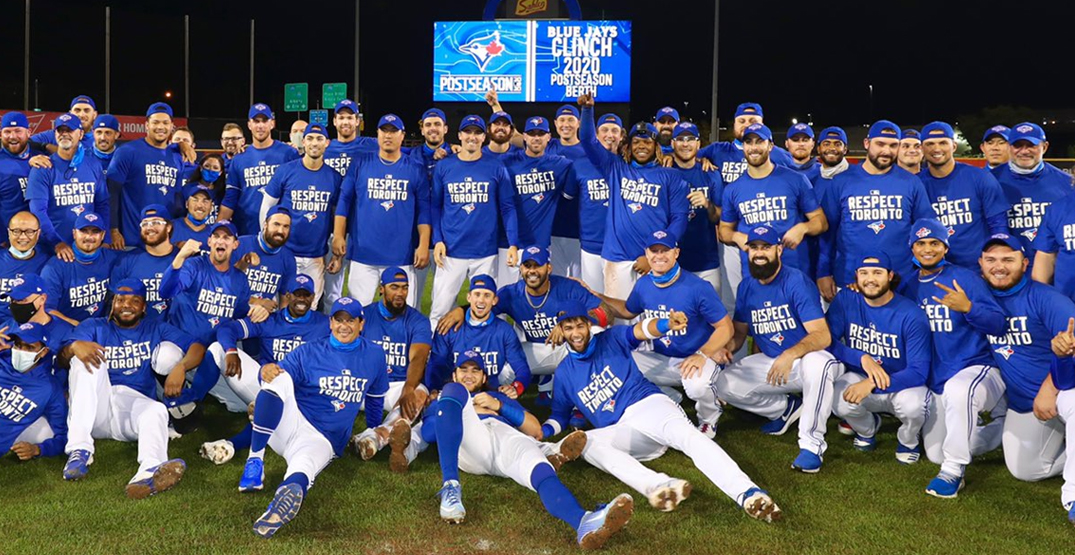 For the first time since the 2016 season, the Toronto Blue Jays will play under the bright lights of October (and late September, technically). The Blue Jays are playoff-bound for the eighth time in franchise history and for the third time since 2015.

No excuses. No quit.

Thanks in part to MLB’s expanded playoffs, the Blue Jays at minimum will make it into the postseason as the number eight seed, with a remote chance of finishing as high as fifth place.

In an ordinary scenario, a record barely above .500 wouldn’t be good enough to sniff a playoff spot, but since the playoffs expanded from five teams per league to eight teams, the Blue Jays were the benefactor of this bizarro baseball season.

After finishing in fourth place in the AL East the last three years, a .500 season would’ve been regarded as a step forward for this Blue Jays team, pre-COVID. But the shortened season gave this team a unique opportunity to take advantage of the compressed schedule.

This is for YOU, #BlueJays fans! pic.twitter.com/pypWmbpUSc

On the backs of breakout campaigns from Teoscar Hernandez, Cavan Biggio and Lourdes Gurriel Jr., the upstart Blue Jays treaded water long enough to see their closest competitors sink to the bottom of the league.

On the pitching side, Hyun-Jin Ryu came as advertised after the Blue Jays signed him to a four-year, $80 million deal. He took the hill in the playoff clincher for the Blue Jays, throwing his seventh quality start in 13 games for Toronto this season.

The front office cobbled together a bullpen which shut down some of the best hitters in baseball, anchored by Anthony Bass, Rafael Dolis, Thomas Hatch, and A.J. Cole.

The Blue Jays’ season figured to hang on their 10 games against the New York Yankees in September, and the Jays split those games down the middle 5-5.

As of this moment, the Blue Jays would face their division rivals, the Tampa Bay Rays, in a first round three-game series at Tropicana Field beginning next Tuesday, September 29. The Blue Jays were 4-6 against the Rays this season, and six of those contests were one-run games.

One unique wrinkle to the 2020 MLB playoff system is there are no byes for the teams with the best record. Teams have to win 13 games in the playoffs to hoist the World Series trophy instead of the usual 11 games.

That means clubs with the best records in their respective leagues (the Tampa Bay Rays and Los Angeles Dodgers), could be eliminated in the first round with two losses, where they’d previously earn a bye into the division series.

No matter which team the Blue Jays face in the first round of the playoffs, they’ll enter the series at a disadvantage; playing as the road team and as the underdog. But they have a shot, which is all any Blue Jays fan could’ve asked for in 2020.