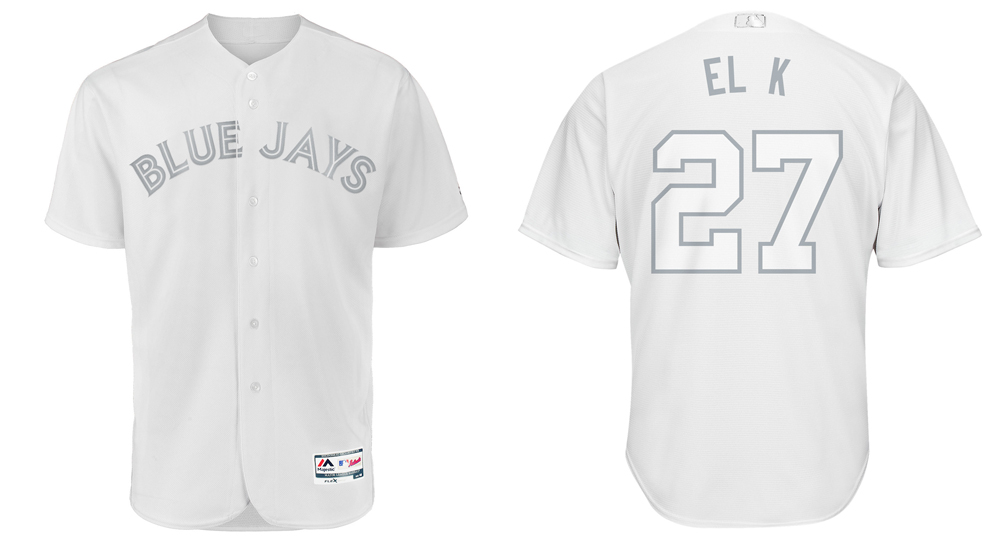 Major League Baseball goes monochromatic for its third annual Players’ Weekend, August 23-25. It’s an opportunity for players to adorn special uniforms with nicknames on their backs for a three-game series. Plus, players get carte blanche to show off custom cleats, bats, batting gloves, wristbands, and catcher’s equipment.

Instead of the eye-popping uniforms from years past, the league will wear uniforms on opposite ends of the colour spectrum: black and white. The Blue Jays will sport all-white numbers as the visiting team during their west coast series against the Seattle Mariners at Safeco Field.

The rationale behind this move from Major League Baseball is it makes players’ custom gear more eye-catching. “Inspired by players’ style choices when they are away from the field, the fashionable monochromatic uniforms allow for each custom accessory design to stand out more than ever before,” MLB said in a press release.

As MLB Players’ weekend evolves and enters its third year, there are any so many uniform configurations they can come up with. The plain back or plain white uniforms were bound to happen eventually.

Vladimir Guerrero Jr. serves as the Blue Jays’ ambassador for players weekend and will adorn the nickname “EL K” on his uniform, which translates to “The Kid”.

Unfortunately, unlike some other players around the league, no Blue Jays player chose to rock an emoji, though Lourdes Gurriel Jr. will have a hashtag on his name bar. 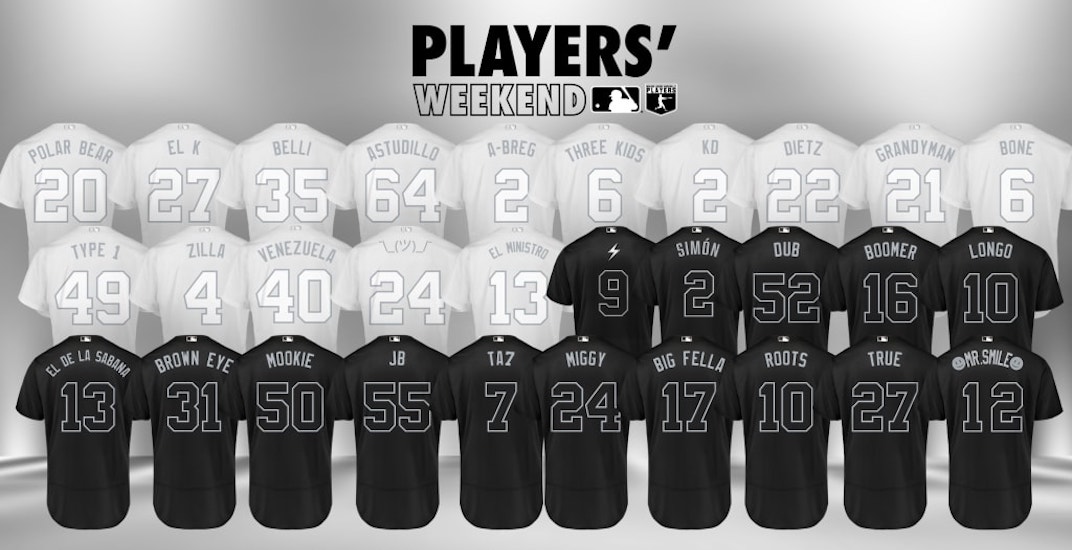 Evidently, Derek Fisher and Jacob Waguespack chose not to ruffle any feathers and went the understated route by going with their last names. Here’s the full list of Blue Jays uniform nicknames below: