The Toronto Blue Jays will begin their quest to return to the postseason on Sunday, beginning with a four-game road series against the Tampa Bay Rays.

The parent club of the Vancouver Canadians, the high-scoring, big-personality Jays made a lot of new fans on the west coast last season.

The Jays begin their now-annual two-day love in with Montreal tonight to end off spring training. This is a great thing for expanding their footprint in Canada, but having to fly from spring training in Florida to Montreal for two days before chartering back to Tampa for Sunday’s home opener seems cruel.

With only two days of spring training remaining, all the questions we had entering camp have been answered. For those of you scoring at home, I know, there weren’t really many spring storylines worth shouting about. To be fair, after the jaw stretching trade deadline last July, followed by three months of sheer joy, and capped by the craziness that was the Alex Anthopoulos saga, this spring was always going to be somewhat anti-climactic.

Come February, there were four main questions to answer: who would play left field, who would win the 5th starters job (in name only), who would lead off, and who was going to be their closer. 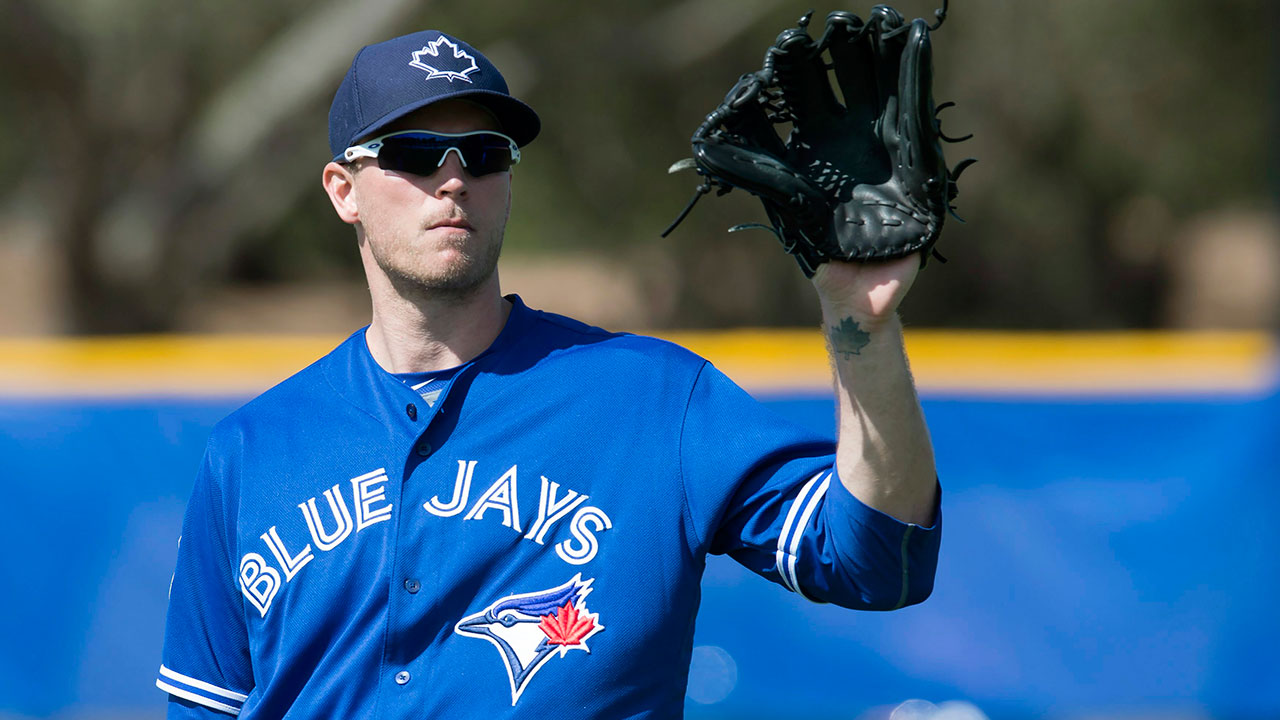 Despite trying to trade him away, in what would have been a real head-scratcher, Victoria native Michael Saunders’ hot start to the spring plus his ability to get around the field after his 2015 knee injury meant another Canadian, Dalton Pompey, and a cast of scrubs didn’t really have a chance. Saunders will be the Jays every day left fielder.

Prediction: Given last year’s injury, freak though it may have been, and his history of time spent on the DL it’s tough to predict a full season from Saunders. I would be absolutely thrilled if he could split his 2013 and ’14 lines. With 360ish plate appearances resulting in a .255/.332/.424 line. 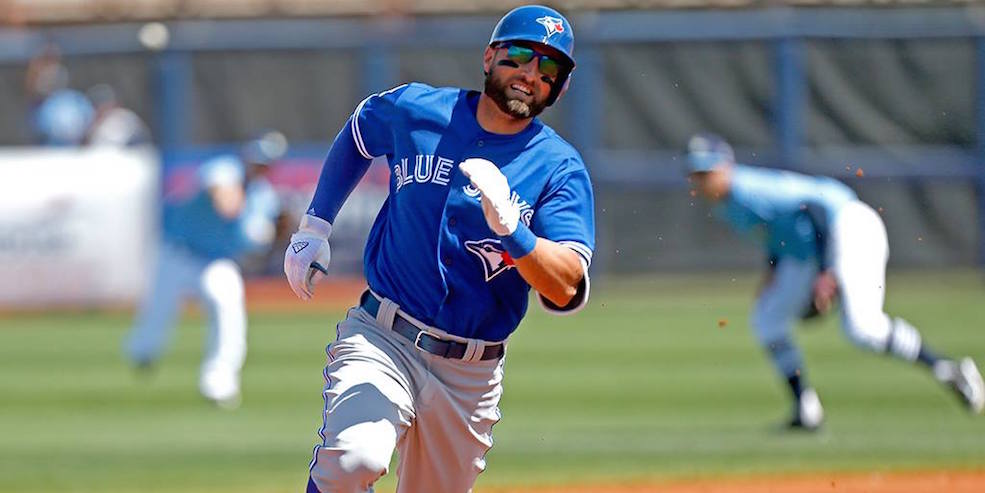 I know I said the leadoff spot was a big decision, but that was a bit of a lie. Anybody not named Bautista or Encarnacion could hit in the one hole and be successful (and the two I mentioned would too, it’s just, nah, they never would). So it probably wasn’t really a difficult decision as, if option A doesn’t work out then option B probably will.

That being said, it looks like Vancouver Canadians legend Kevin Pillar is going to get the job out of camp, which has those overly enamoured with on-base percentage up in arms. I do understand their viewpoint, but I don’t think Pillar is really as bad as everyone thinks. Despite the .303 career OBP.

Remember, last year the 2011 32nd round pick got on base at a .313 clip, only five points under the American League medium. And here’s the thing, although he doesn’t walk much — which, let’s be honest, isn’t going to change this year — he also strikes out well below a league average clip. Meaning he’s swinging.

Last year, Pillar’s line drive percentage went up six points yet his batting average of balls in play (BABIP) fell from a healthy .333 to a more league average(ish) .306. A lot would argue that is a regression to the norm for Pillar but, for me, a guy who is hitting more line drives, isn’t striking out, and is theoretically going to see better pitches to hit, given his position in the lineup, is going to put up better numbers.

Throw in the fact he’s a very good baserunner (he was only caught stealing four times in 29 attempts) and I think the California Kid is primed for a big season.

Prediction: He stays in the leadoff spot for the season, goes above league average in OBP, say in the .325 range, and scores north of a 100 runs. 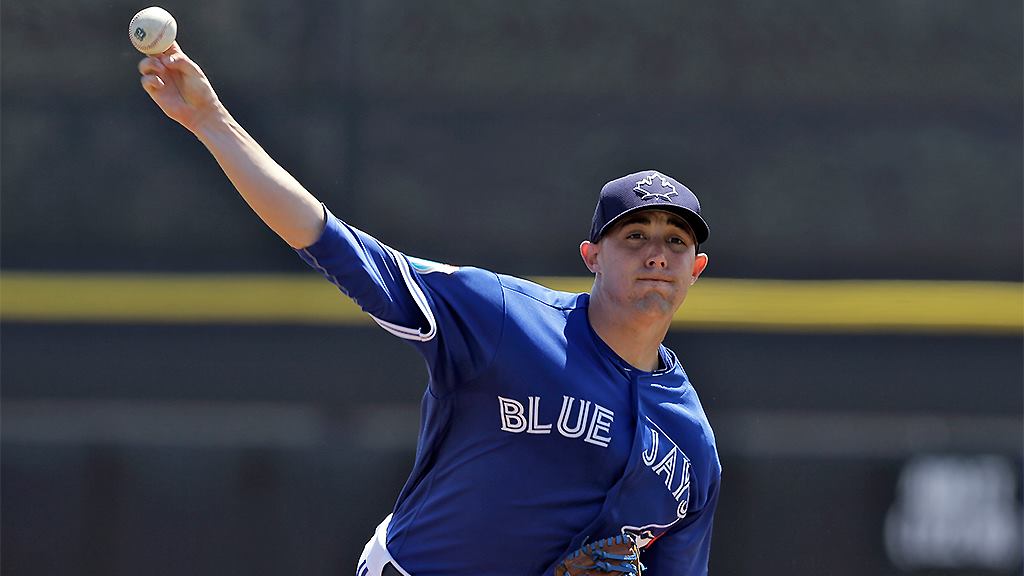 Aaron Sanchez, who came into camp 25 pounds heavier after an offseason conditioning program, said he wanted to start and showed throughout the spring that he was ready to take the next step.

This was a guy that, in the six games prior to going down with an injury late last season, was the Jays best starter, putting up a 2.88 ERA over 40 2/3 innings. The same guy that the Jays said was untouchable when the Mets came calling in the R.A. Dickey trade (groan).

Surely the Jays wouldn’t waste all that potential to have Sanchez throw out of the bullpen again??! Thereby ruining, or at least severely harming, any chance he could be stretched out to start again.

Yet, with the addition of Gavin Floyd (yup, the same one that has made all of 14 starts over the last three seasons) most pundits agreed that the Jays braintrust were leaning towards the ‘calming’ influence of Floyd over the flat out nastiness of Sanchez.

Thankfully, the brains woke up. At some point this season Aaron will need to transition back to the bullpen to mitigate against an unhealthy innings jump. But, at least for now, we get a taste of what should hopefully be a dominant one-two punch in Sanchez and Marcus Stroman for years to come.

Prediction: I’m going to reign back my usual bullishness a bit on this prediction as still think Sanchez will struggle a bit against left-handers while he refines both his changeup and cutter. I do see him lowering his BB/9 rate to a more respectable 2.8 or so, putting him in line for a very respectable 1.1 WHIP with 6.5 K’s per 9. 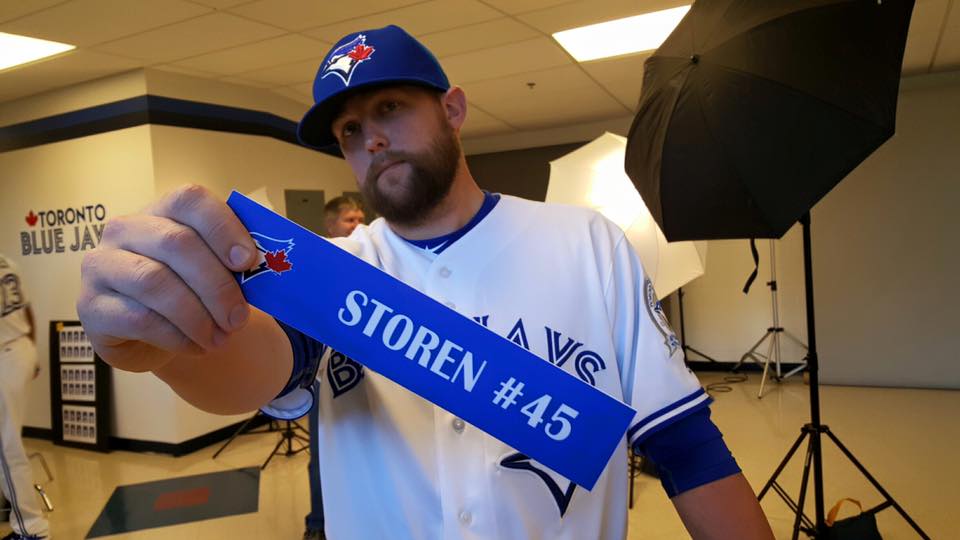 What I wouldn’t (or couldn’t) take is any more talk of a 21-year-old pitcher with four above average offerings wanting to be a closer. Yet that is seemingly what 2012 Vancouver Canadian Robert Osuna is saying.

Amazingly, the Jays are playing ball, naming Osuna the closer over Drew Storen, a guy whose innings haven’t surpassed his appearances for the past three years. Storen just smells like the guys who is more comfortable coming into a clean inning, preferably the ninth.

Osuna could, and should, be shuttled anywhere there is a fire getting 4, 5, 6 outs, whatever is needed, in the highest leverage situations. That’s a role that would have the added benefits of making up for the now departed Sanchez while also adding to Osuna’s inning totals. It would also make it easier to build the Mexican righty up to be a starter next year, despite any protestations he may have.

With Dickey gone after this season, Marco Estrada only signed for two years, and J.A. Happ for three, the Jays need to start looking within to fill the holes that are going to open. Last year’s trade deadline wiped out much of the depth in the upper minor leagues. Osuna has to be thought of as a replacement for one of those I named. Naming him the closer now seems to kaibosh that.

I hope the situation is far more fluid then I’m making it out to be.

Prediction: I’m so upset about this one I don’t even want to make a prediction. Petulant. I know. 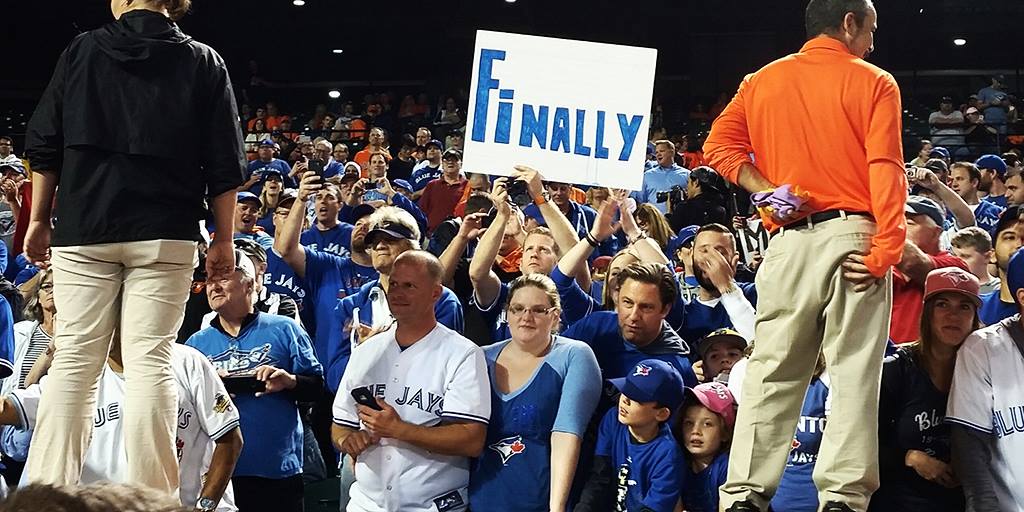 Getting the production I hoped for above from Saunders and Pillar would be nice but let’s be honest, it’s not going to drive the bus. Hitters two through seven mean that, once again, the Jays will lead the league in runs. Maybe not by 120+ like they did last year, but by a lot.

As Josh Donaldson once said ‘our pitchers don’t have to be great, they just have to be average’ and this year’s staff is better than that.

The staff boasts two kids with incredible upside in Stroman and Sanchez, an innings eater in Dickey, and two guys in Estrada and Happ that should provide dependable service with ERAs in the mid to upper 3’s. With Drew Hutchison, Floyd, and Jesse Chavez filling the six through eight slots Toronto has good enough depth to cover for the inevitable injuries.

Throw it all together and I, an admittedly optimist, predict the Jays take the next step in 2016, winning their first World Series title since. I.Was. In. University….wow.

After the season, the MVP streak continues with Troy Tulowitzki pipping Mike Trout for the award.