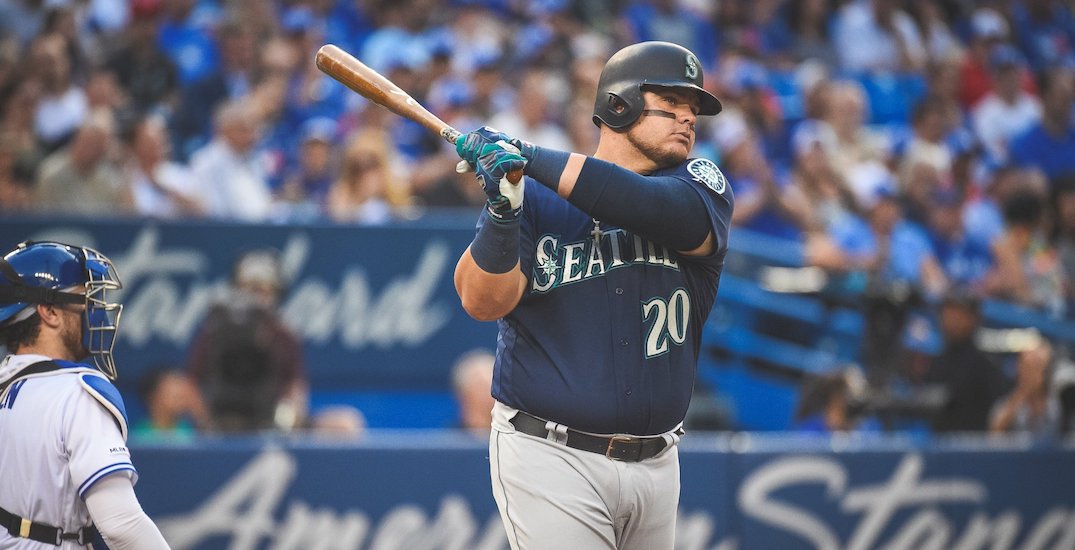 The Toronto Blue Jays have acquired 1B/DH Daniel Vogelbach from the Seattle Mariners in exchange for cash considerations.

The Mariners designated the 27-year-old slugger for assignment last week, a year after he was selected to the All-Star game.

So far in 2020, Vogelbach is hitting .094 with only five extra base hits, two home runs, and four RBI. He has yet to log any defensive innings on the field having been reduced to only a designated hitter.

The Orlando-native is in his fifth Major League season after getting drafted by the Chicago Cubs in the 2nd round of the 2011 MLB draft.

Best of luck in your next chapter, Daniel. We’ll never forget your Vogel💣s! pic.twitter.com/LE9MqgkBfd

The Jays are hoping Vogelbach can recapture his 2019 swing and will likely split time between first base, DH, and be a left-handed option off the bench.