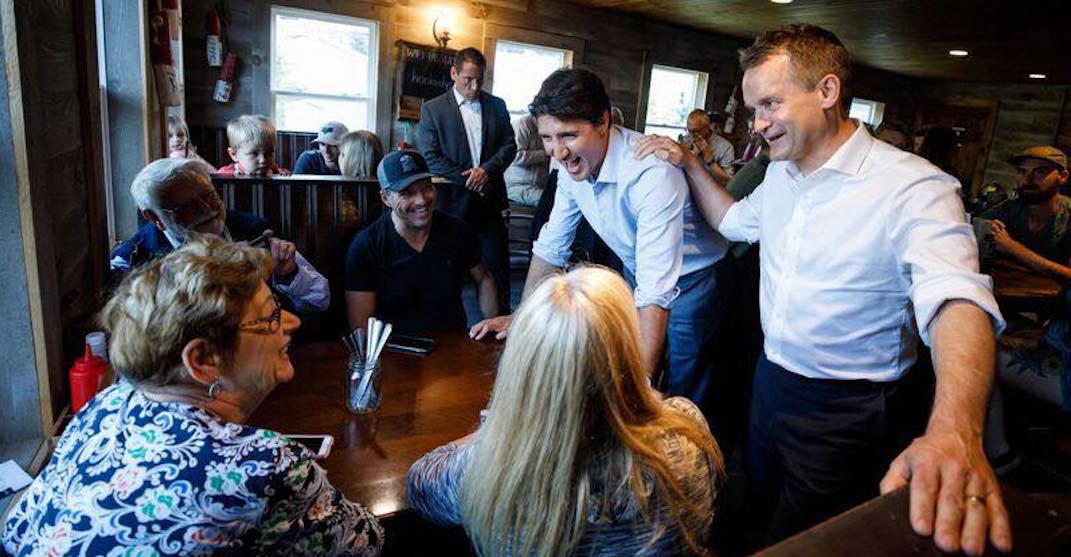 Atlantic Canada’s once monochromatic electoral map, awash in Liberal red since 2015, was getting a minor makeover Monday as results from the federal election rolled in.

Four years ago, voters across the region handed Justin Trudeau’s Liberals all 32 of the region’s seats, which meant the party had nowhere to go but down in the four easternmost provinces.

In Newfoundland and Labrador, where the polls closed 30 minutes before anywhere else, the Liberals won six of the province’s seven seats, but the NDP broke the Liberal grip on the region by winning St. John’s East.

NDP politician Jack Harris defeated lawyer Nick Whalen, who was elected in 2015 by less than 700 votes. A small crowd of supporters cheered as Harris’s projected win flashed across the screen at the Johnson Geo Centre in St. John’s, where Harris and fellow NDP candidates were expected to gather later in the evening.

In Nova Scotia, Liberal Sean Fraser held on to Central Nova, a race that attracted national attention when country music star George Canyon was recruited as a Tory candidate in late August.

Fraser, a 35-year-old lawyer, was appointed as parliamentary secretary to Environment Minister Catherine McKenna in September 2018. He won the Tory stronghold by whopping 58% of the popular vote in 2015.

Meanwhile, the Liberals in Nova Scotia were facing challenges in five ridings where popular incumbents stepped down before the campaign began — among them former Tories Scott Brison and Bill Casey.

One of those ridings, West Nova, was won by Conservative Chris d’Entremont, a former provincial cabinet minister.

In northern New Brunswick and along the Acadian shore, where French-speakers dominate, the Liberals held on to several safe seats, including Beausejour held by Intergovernmental and Northern Affairs Minister Dominic LeBlanc and Moncton-Riverview-Dieppe, held by Health Minister Ginette Petitpas Taylor.

In Prince Edward Island, the Liberals had been declared elected in all four ridings.