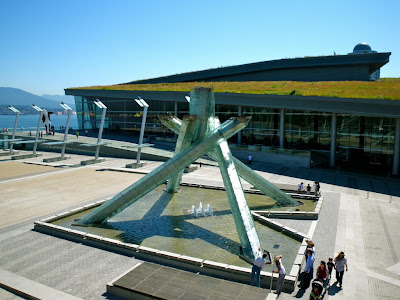 Image: Delirium
Many of you that took part in the Canada Day festivities might have noticed that the Olympic Cauldron was surrounded by a pool. What you might not have known is that the Cauldron was rushed to be ready for Canada Day. Thus, yesterday workers were busy once again putting the finishing touches on the Cauldron. One of those touches is rumoured to be a map of the entire 2010 Torch Relay Map at the base of the little pool. If that is indeed true, that would be pretty cool.

Also check out the security camera they’ve installed to keep the so called “protesters” and idiots from climbing and or defacing the cauldron. Not the most discreet camera location, is it. 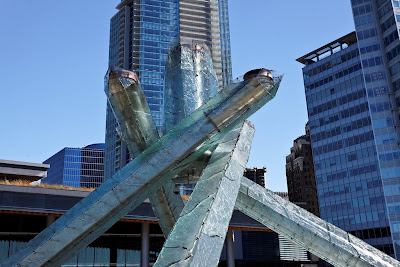