It’s been two years since modern Asian eatery Torafuku opened its doors on Main Street, and if you haven’t been yet – you’re missing out.

This inventive pan-Asian culinary gem in Vancouver’s dining scene has really come into its own, having started as the irreverent Le Tigre food truck, and expanding to kick it up a sexy, creative notch at their modern brick-and-mortar. 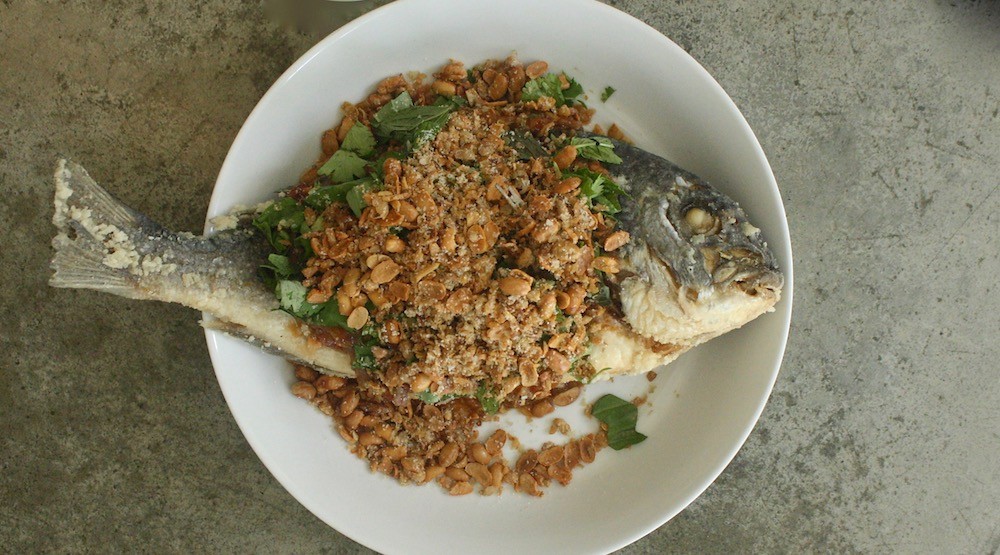 With an evolving menu that pays tribute to technique, inspiration, and seasonal ingredients, there’s always something new at Torafuku to taste and experience. And speaking of shaking, they are one of the city’s best at coming up with craft cocktails that pair well with their bold flavours and colourful plates.

Right now Torafuku’s got a killer summer tasting menu (for just $40 a person!) with cocktails, but there’s also always the option of eating a la carte–still so much fun! Want to give it a go? You’re in luck: Torafuku has teamed up with Dished by Daily Hive Vancouver to give a reader dinner for four ($200 value) at the restaurant.

To enter for your chance to win dinner for four at Torafuku, do at least one of the following:

Contest entries will be accepted from the time and date of publishing until 11:59 pm on August 18, 2017. One winner will be chosen at random and contacted through the platform they used to enter. Please note, you must be 19 years or older to enter; merchants will verify age prior to releasing prizing.