Metro Vancouver will soon get its second TOPSHOP/TOPMAN as TOPSHOP Richmond Centre Mall is set to open this winter. According to our sources, a deal is nearly finalized and many stores located adjacent to The Bay have been asked to leave in early October. 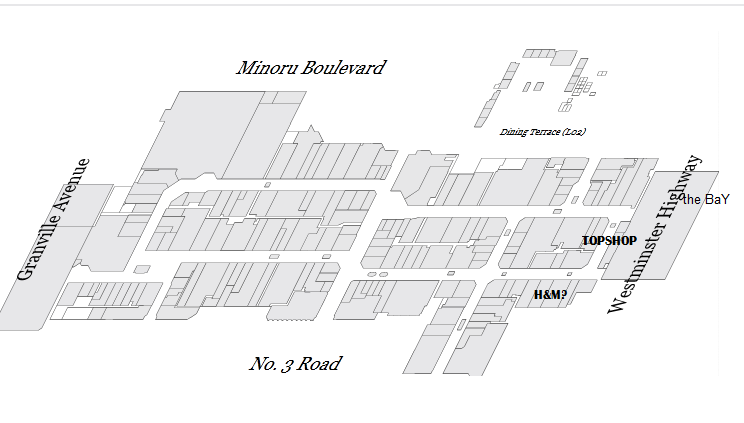 Many smaller retail units will be combined to create space for two large fashion retailers. One of which is TOPSHOP and the other, much larger location, is speculated to be H&M.

TOPSHOP will occupy close to 14,000 square feet and take over the existing Blenz, Maxim’s Bakery and Sweet Factory. Blenz Coffee will be moving to another location near by in the mall, as will other tenants.

The second fashion retailer will take over the current vacant space along with Gazebo Gift, Below the Belt and Street retail outlets.

Just like any new lease deal, it’s not 100% until everything has been signed. More on this as it develops.