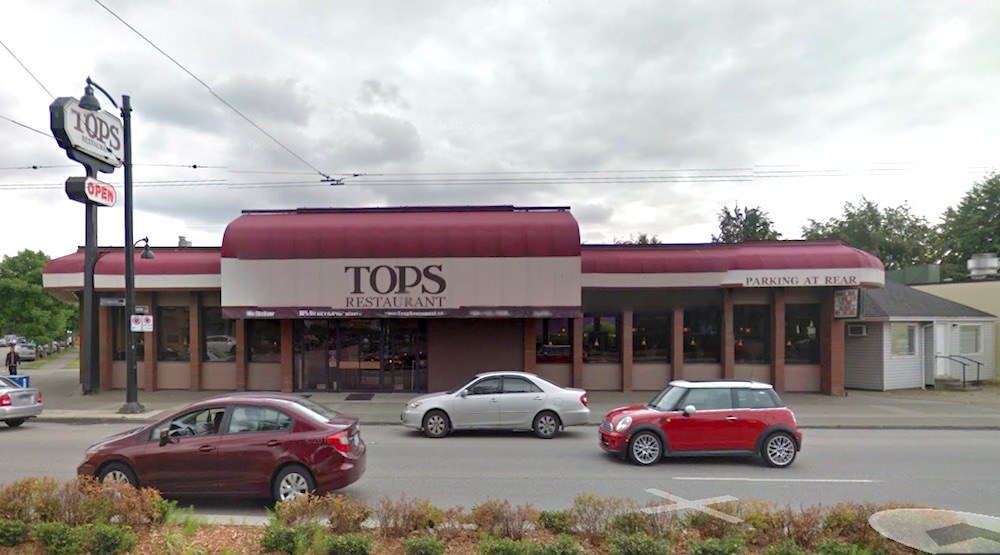 Family owned and operated since 1972, Tops was a beloved spot on Kingsway for people from all walks of life to enjoy a casual, affordable meal.

The Tops menu reads like textbook diner, with a Greek slant. BLTs, hearty breakfast plates, steaks, burgers, pasta, pies, and even good old liver and onions were served up to locals and loyals alike for decades. Thanks to owner Steve Taraviras and his family, Tops included a few dishes that nodded to their Greek heritage, too. Over the years, the menu didn’t vary much.

Known for its sometimes curt service (though servers often remembered orders for regulars) and being alone in its class in the immediate area, Tops was as much a draw in recent years for the nostalgia factor alone.

Up until 2010, Tops operated as a 24-hour restaurant, however they opted to cut the overnight service and were open 7 am to midnight for the past few years.

Earlier this month, Tops revealed that Taraviras was retiring and Tops would be no more. There has been tremendous outpouring of support for the Taraviras family and Tops, with big crowds getting their last Spaghetti al fornos and Greek Salads the last few days.

Among those sharing their appreciation are the staff of neighbouring Purdys Chocolates factory, who were frequent customers and fans of Tops.

It’s definitely the end of an era.