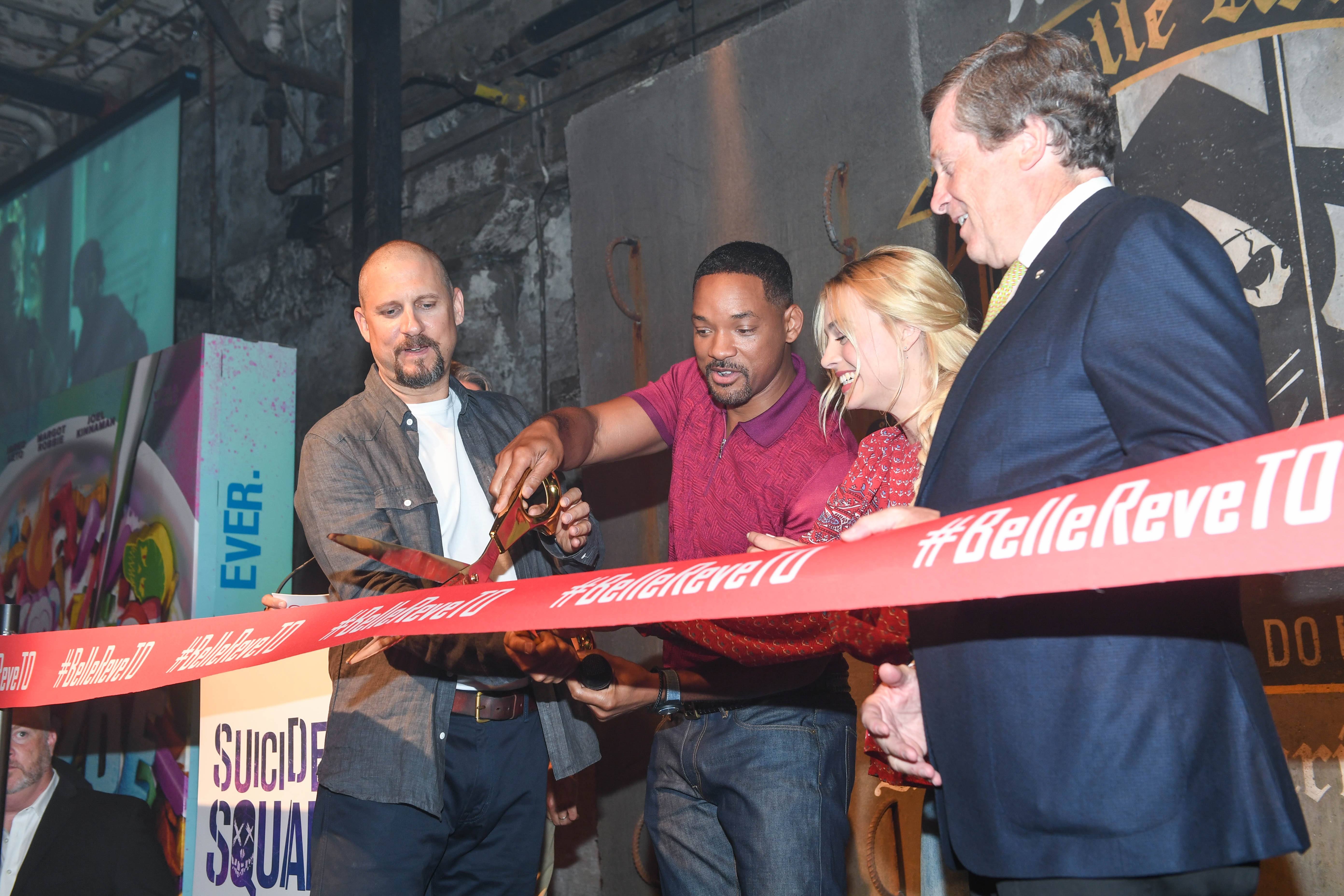 It’s shaping up to be a big long Easter weekend for the folks at this year’s Auto Show. Manufacturers from around the world have converged at the All New BC Place to strut their stuff for the Vancouver new car buyer market. Below are my top picks visitors to the show should make a point to check out.

Eco Chic is the Auto Show’s unofficial theme this year, with the Fisker Karma acting as belle of the ball. A Series Hybrid, the Karma rolls thanks to a pair of 120kW electric motors powered by a relatively modest 20kWh battery, which gives an electric only range of about 60 kilometers. Still, those saddled with Range Anxiety need not worry as there’s a 260 horsepower 2.0L Ecotec engine ready to power a generator that’ll keep this two and a half ton sexy beast going at up to 200kph with a 0- 60 time of around 6 seconds. 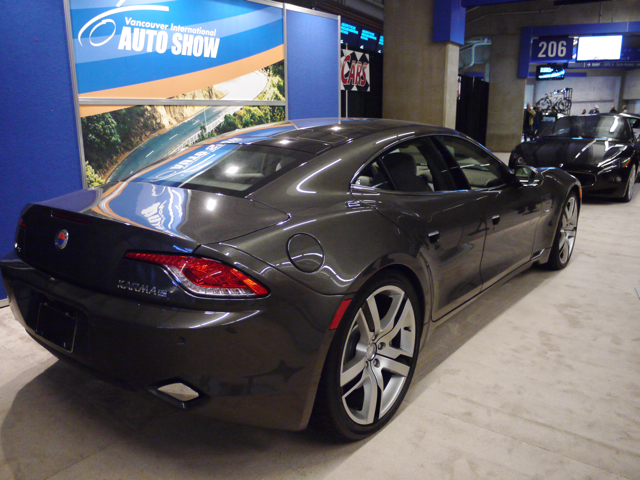 Specs aside, the Karma is one serious ultra luxury machine. Anyone with even a modicum of taste is seduced by the infinitely soft cowhide and reclaimed woods covering the interior landscape. A massive touchscreen sits atop the front end of the battery tunnel which runs the entire length of the passenger compartment and gives a look and feeling of four high tech cockpits. The Karma’s roof is basically a solar panel which provides guilt free juice to power the multitudes of accessory gizmos that come with the territory of being the ultimate humblebrag of car ownership and even the door handles are designed to make you feel like you’re stepping into and out of, the future of automotive luxury. Maybe our new Housewife friends will take the hint and upgrade their boring old luxury car collections with this supremely sustainable status symbol. 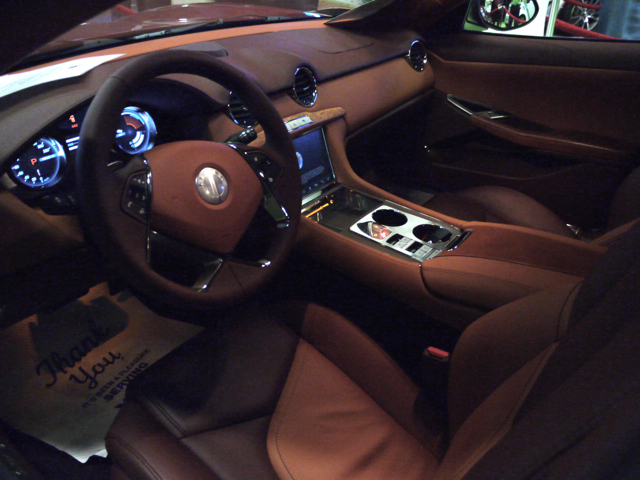 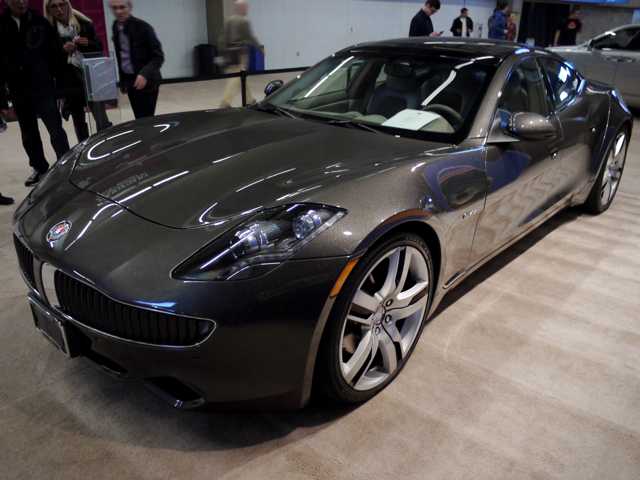 For those with fewer bucks in the bank, Nissan, Smart, Chevy and Ford offer pure electric (or “Extended Range”) options, which perform comparably to gasoline their powered counterparts but add the benefits of instant 100% torque the moment you touch the accelerator and the whole not having to pay for gasoline. Ever again. The CEV for BC rebate program offers up to $5000 in rebates for qualifying clean energy vehicles. 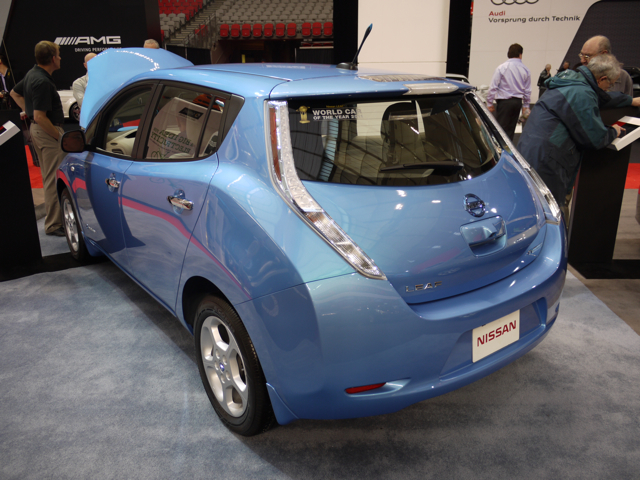 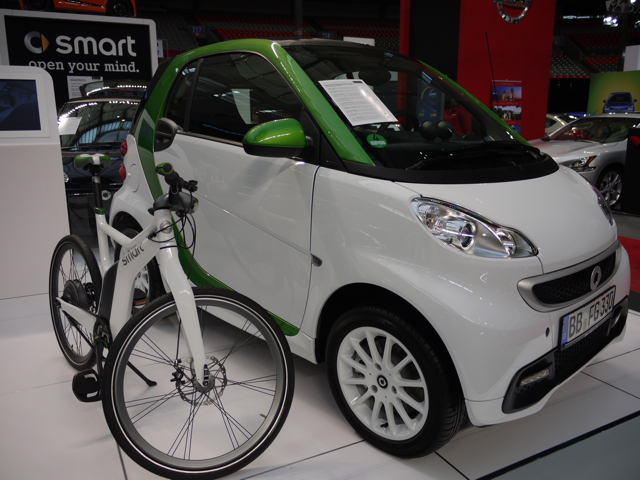 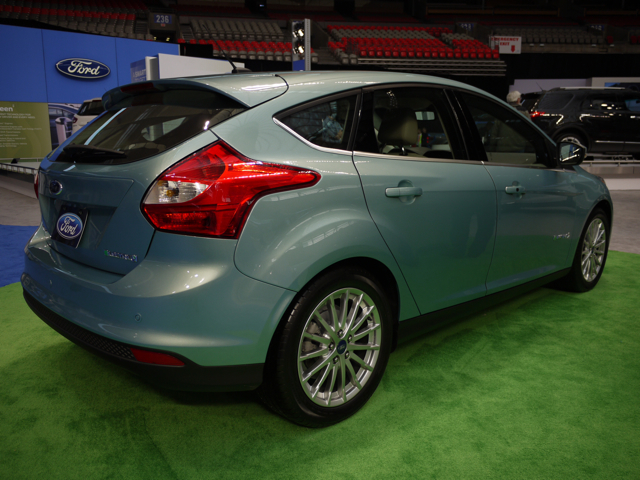 With practically every manufacturer offering some sort of hybrid powertrain option, there’s plenty to choose from here at the show. Volkswagen’s soon to be available Jetta Hybrid is bound to break mileage records, and even Lincoln has thrown their hat into the ring with the MKZ Hybrid. 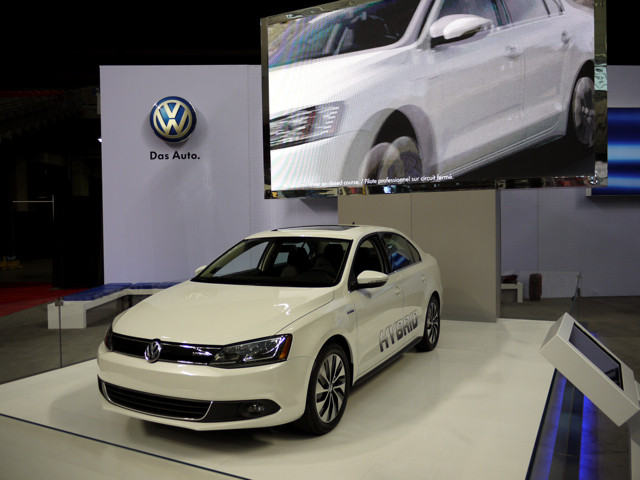 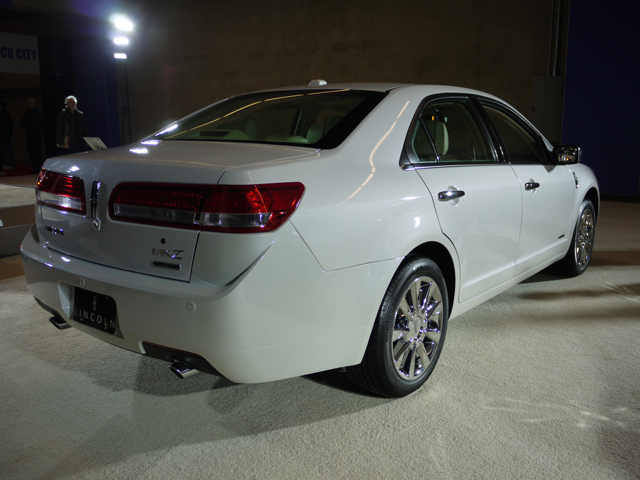 And what hybrid lineup would be complete without the quintessential Smugmobile, Toyota’s Prius. Now available in 4 flvours, ranging from the obnoxiously orange C to the ecologically self righteous Prius V. 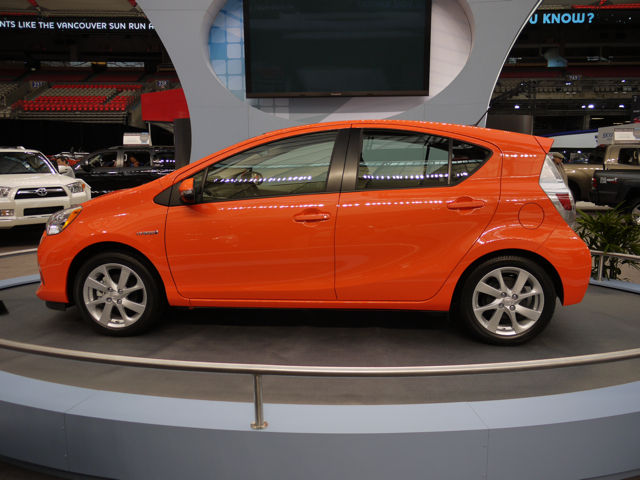 Shifting gears over to sportier offerings, the real attractions, at least to anyone who can drive stick, are the Subaru BRZ and the Scion FRS. Perhaps the last affordable front engined rear wheel drive pure sports cars ever to be made in these uncertain times of ever rising gas prices and the looming spectre of peak oil. Get ’em while they’re still around, people. 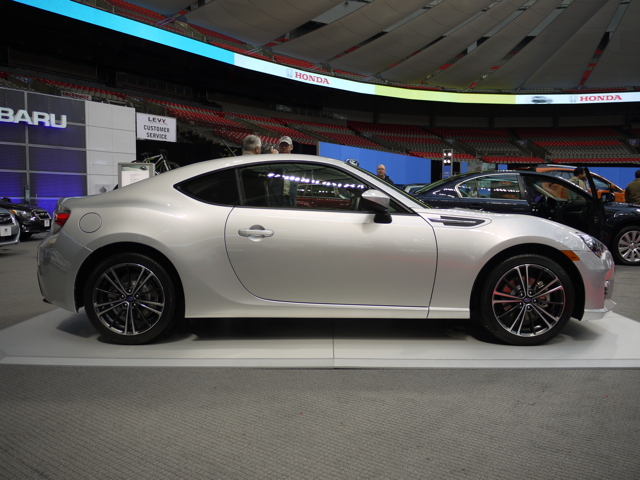 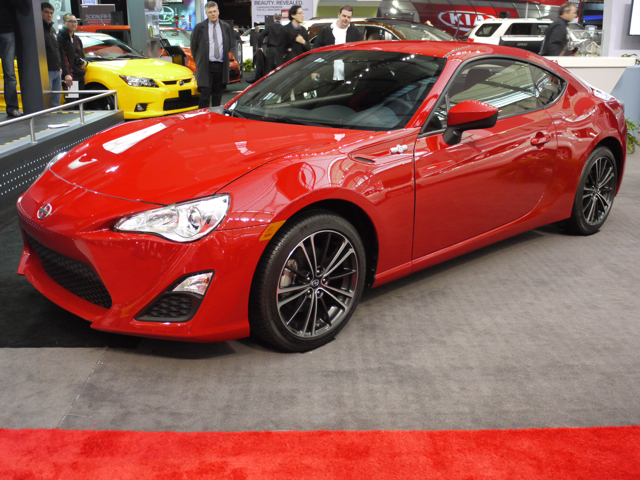 Ze Germans dropped the BMW 6 Series Gran Coupé and a revamped Audi S5, perfect for leisurely cruises at 160 along the Sea to Sky for a weekend in Whistler, and of course who could forget the old stanby supercars? Some of which could have done with a bit less Ed Hardy and a bit more James Bond. 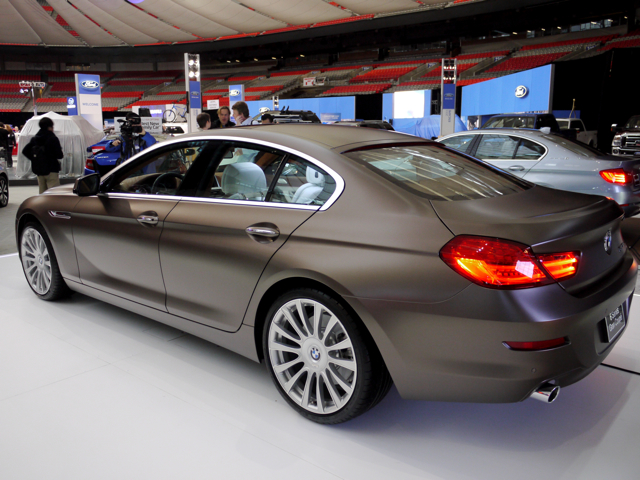 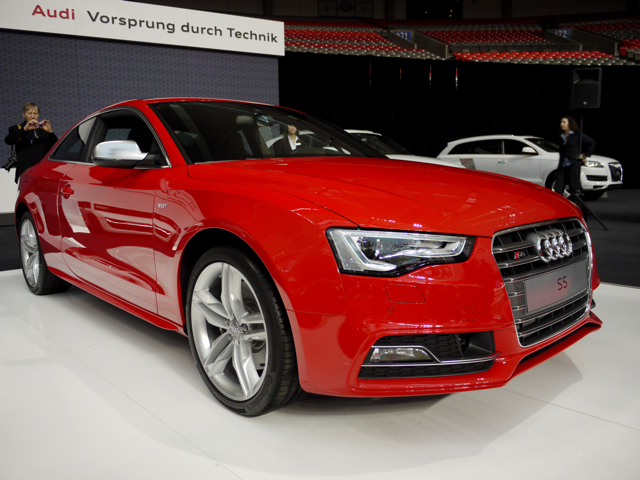 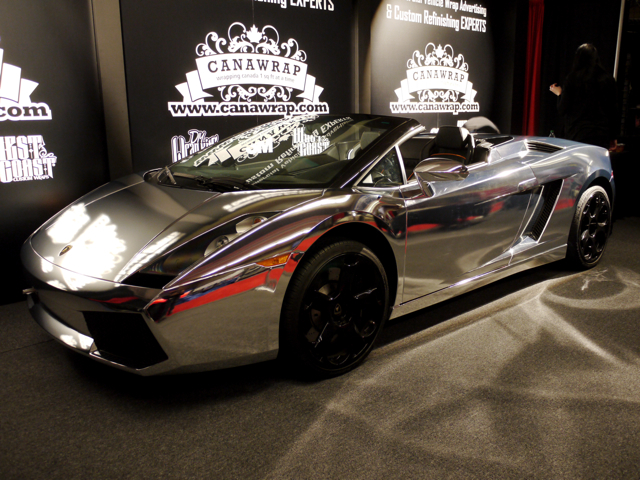 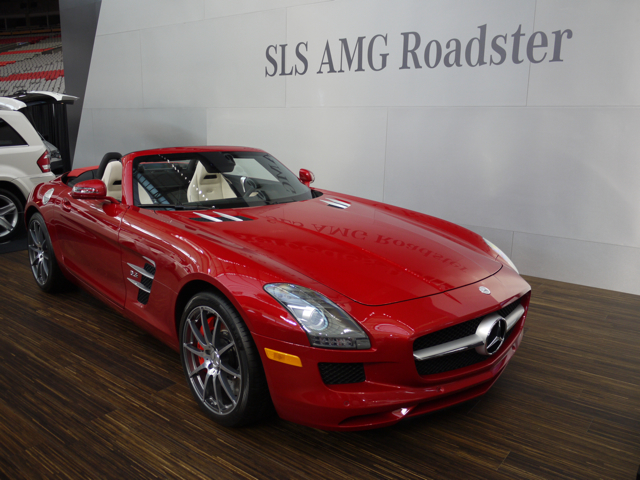 A couple cool Jeeps stood out in the crowd, the Modern Warfare 3 branded Wrangler and a neat Mopar modified JK8 Conversion kit. Something for Vancouver’s weekend warriors. 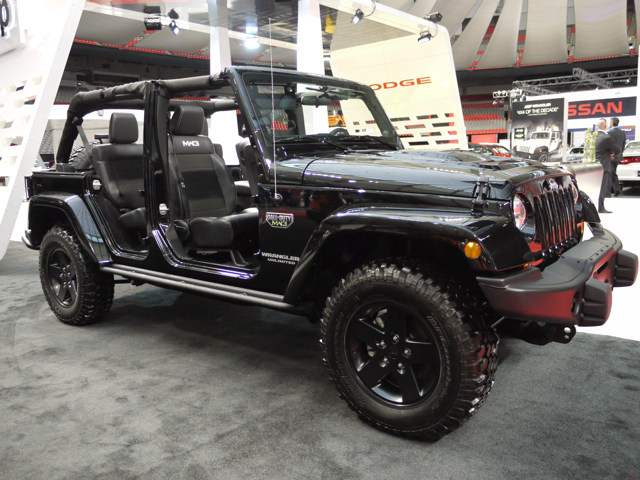 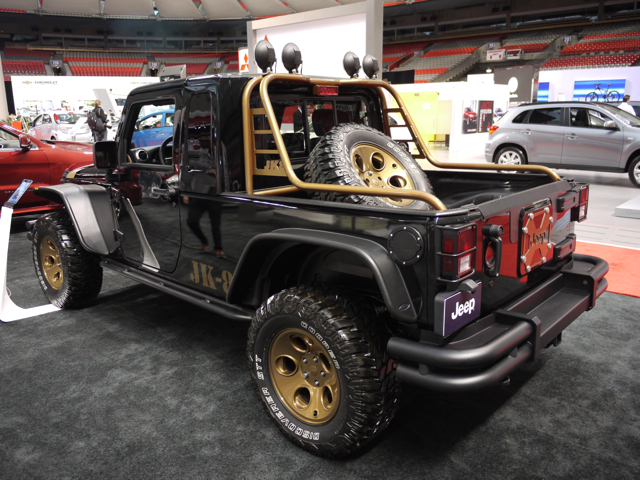 Above lies just the tip of the iceberg at the 92 Vancouver International Auto Show. It’s your one stop shop for what’s available at BC car dealers or a chance to take a fantasy roadtrip in a super luxury auto extravaganza. Show runs till Sunday at BC Place. 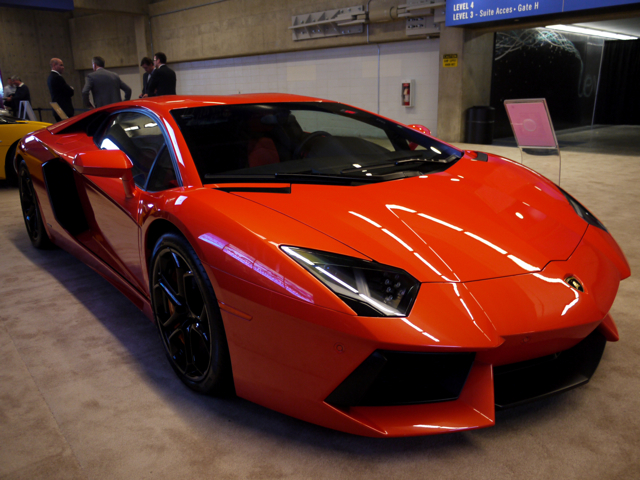