Tommy Trash and Mat Zo rolled into Vancouver last Thursday night and unleashed four hours of heavy house on the eager Vancouver crowd. Caprice was packed to the brim and was well decorated for the holiday season with christmas lights, fake snow and an inflated snowman and bear above the DJ booth. Tommy Trash came on just after midnight, diving straight into his set of hard-hitting house.

He played all of his popular productions, including “Cascade” and “The End”, and dropped big remixes of tracks by Wolfgang Gartner, Daft Punk, Dirty South, Deadmau5, Knife Party and Skrillex. He closed out with his remix of Swedish House Mafia, “Save The World”, which was received very well by the crowd. Tommy Trash’s set was incredibly rowdy, but there was no variation from the heavy, pounding house he is known for and after two hours of it I was really hoping Mat Zo would save my ears and give me something I could actually dance to.

At first, Mat Zo carried on with the trend of electro-house bangers but he eventually started mixing it up with some more interesting tracks and genres after a few songs. The atmosphere completely changed when he dropped the very funky, “Baby Come Back” by Kill Paris and from there he continuously switched genres with ease, playing trance, electro, house and even a bit of dubstep for the remainder of the night. Next up he played one of his successful singles from 2012, “Bipolar”, and followed that with Madeon’s Icarus. As the music shifted from pounding house to a more diverse range of sound the dancefloor became a far more exciting place. 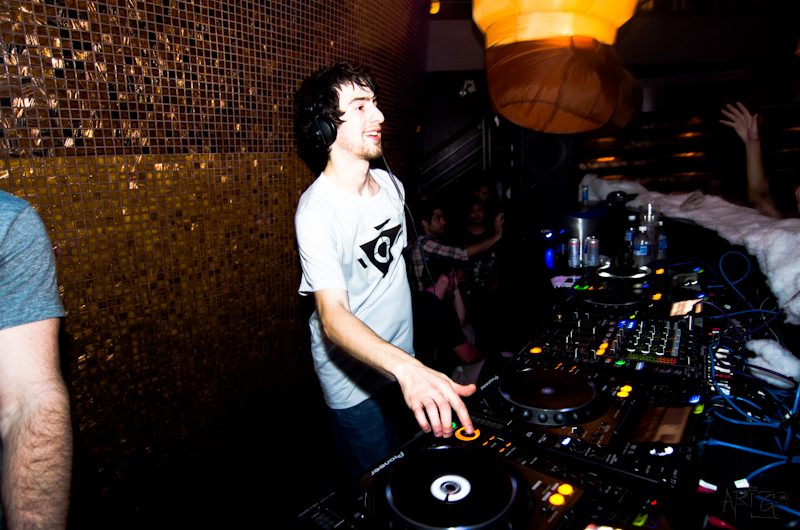 Flowing into the second hour of his performance Mat Zo came alive and the set really took off once he played Cosmic Gate’s latest track, “Crushed”. The euphoric synths blasted through the speakers in unison with the club’s lighting and nobody was left standing still. From there he bounced around throwing down massive tracks by Zedd (“Shave It”), Torro Torro {“Go Deep”), Eric Prydz (“Personal Jesus”), and Porter Robinson (“Language”). Then came the moment I’d been waiting for all night when Zo played “Easy”, his latest collaboration with Porter Robinson. Everyone sang along to what is surely one of the tracks of the year.

The night closed out with his mega hits such as Rebound (with Arty), and the unbelievably epic track, “The Sky”. Once I had heard these I was satisfied with his set, which was far more upbeat and less melodic than I had expected. A final highlight was Nicky Romero & Nervo’s “Like Home” and then it was time to call it a night after a heavy night of house. It was a good time but I felt the standard of the music was lacking most of night as Tommy Trash relied on the loudness rather than the quality of the music, and Mat Zo played on a similar note. I definitely expected more from the Anjunabeats favorite

Written by Jordy Tait from Cascadiarecords