Tom Petty & the Heartbreakers rocked a packed Rogers Arena on the first Canadian stop of their sold-out stadium tour. Petty turns 65 next year – retirement age for anyone that’s not a rock star, but showed no signs of slowing down Thursday night after running through 20 songs in just over two hours.

The Rock & Roll Hall of Famers just released their latest album, “Hypnotic Eye”, to stellar reviews.  Petty told Rolling Stone that the disc is a throwback to the pure rock sound of the band’s first two albums and both critics and fans have responded accordingly; just two weeks ago, “Eye” became their first album to top the Billboard Top 200 chart.

The stoked Vancouver crowd half-sang and half-mumbled along with Petty on new tracks like “American Dream Plan B” and stoner anthem “U Get Me High”, which clearly inspired many in attendance to do just that. But fans saved their loudest singing voices for classic rock staples like “Refugee” and the deliriously defiant “I Won’t Back Down”.

One of the night’s many highlights came early when the band launched into 1991’s “Into The Great Wide Open”. Petty joked that he found it difficult to remember “much of anything prior to 1991” but roared through the track as if he’d written it yesterday. Upon hearing the song’s opening chords, the tipsy gentleman in front of me screamed “this is why I learned to play guitar!!” to no one in particular, just before vomiting all over the front of his vintage Heartbreakers t-shirt.  A rebel without a clue, indeed.

Those lucky enough to attend Thursday night’s show were treated to a fantastic version of “Two Gunslingers”, a little known gem the band rarely plays live (Petty & the boys huddled onstage for a good two minutes arguing over what key to play it in). Next was an acoustic take on “Learning To Fly” that felt incredibly intimate, even with 20,000 iPhones lighting up the venue.

The iconic rockers closed the show with Petty’s solo hit “You Wreck Me” and rock anthem “American Girl” from the band’s 1979 self-titled debut album. And after one last dance with Mary Jane, an ecstatic Rogers Arena gave the band a well-deserved standing ovation as they took their final bows.

Steve Winwood was the show’s opener and mostly played songs from his years spent in other bands. He bookended his hour-long set with hits by The Spencer Davis Group and sang four Traffic songs in between them; fans hoping for material from Winwood’s hugely successful solo career were sorely disappointed (only “Higher Love” and ho-hum “Fly” made the cut). 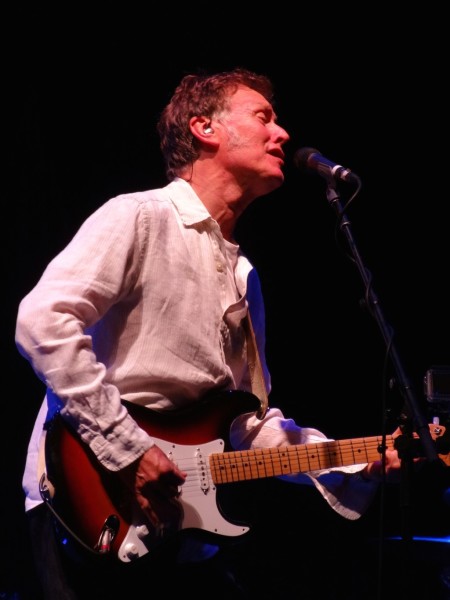