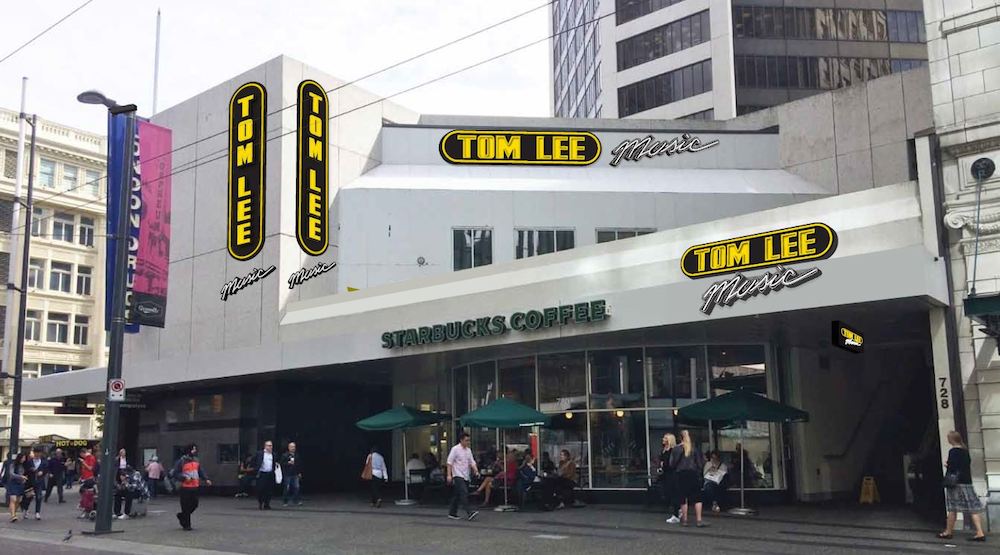 Tom Lee Music’s flagship store in Vancouver is moving into the heart of downtown Vancouver’s Central Business District this spring.

The Hong Kong-based music instrument and sheet-music retailer and music-lesson provider says it will be leaving its longtime space at the Tom Lee Music Building at 929 Granville Street, where the city’s entertainment district is located, to a new location two-and-a-half blocks north at 728 Granville Street – at the southeast corner of the intersection of Granville and West Georgia streets.

Its new retail store will occupy 14,000 square feet of space directly above London Drugs at Vancouver Centre, with access located on Granville Street immediately adjacent to Starbucks. The second floor space, formerly occupied by Vancouver Cinemas and a language school, is directly across the street from the entrances to SkyTrain’s Granville and Vancouver City Centre stations.

Tom Lee Music’s Vancouver flagship store will be relocated to a space directly above London Drugs at the southeast corner of Granville and West Georgia streets.(Image by: Google Maps Streetview)

“We are thrilled to be moving our flagship Vancouver store to a new iconic location in the heart of our city’s vibrant retail and financial district,” said Graham Blank, Vice-President of Tom Lee Music, in a statement.

“This new location brings us closer to our local and out of town customers with even more convenient access to transit and abundant parking. Our new store experience will incorporate a modern design and interactive displays to create a sense of discovery and inspiration for our customers.”

Blank told Daily Hive that the new retail space is roughly the same as the old location that it has held for the past 30 years. However, it only occupied a small fraction of the 90,000-square-foot building, which was sold to Bonnis Properties last year for $38.25 million.

Only the retail store and showrooms, scheduled to open in April 2017, will be located above London Drugs. It will also be moving its main office to a space within Scotiatower and its warehouse to a new consolidated location outside of downtown.

“Tom Lee Music is a major retail, tourism and employment destination as well as an anchor tenant on the iconic Granville Street,” said Charles Gauthier, the President and CEO of the Downtown Vancouver Business Improvement Association. “We’re thrilled that Tom Lee Music will be staying downtown as a strong vote of confidence in our vibrant retail environment and Granville Street itself. We look forward to the new store opening this spring.”

As for what will happen to the old location, CBRE listings indicate Tom Lee’s lower floor retail space will be split up into four smaller retail units.

The Granville Mall’s retail scene continues to be fluid, and the planned redevelopment of the old Empire Granville 7 theatres on the 800 block of Granville Street could be a major catalyst for the growth in retail on the strip. 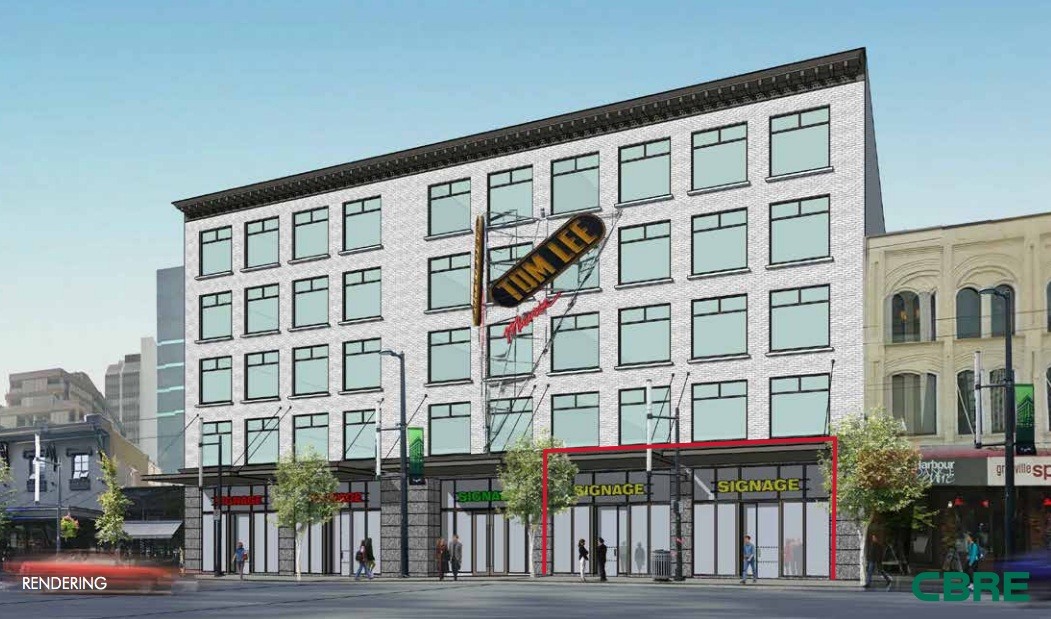