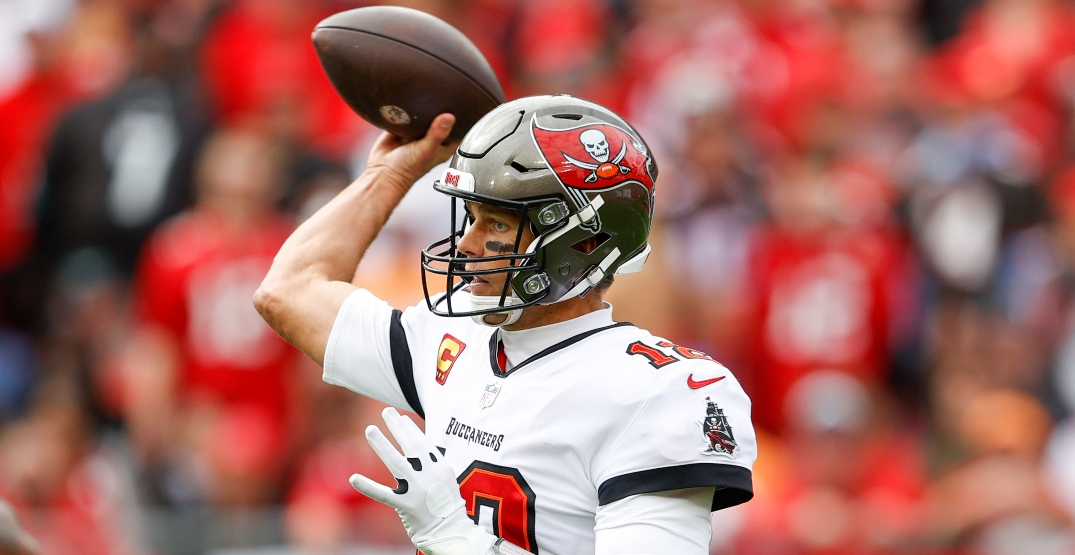 Talk about a rough fumble.

At the time, the buyer thought the purchase was the then-retired quarterback’s last-ever touchdown pass.

On Sunday, the seven-time Super Bowl champion surprised the football world by announcing he was unretiring and rejoining the Tampa Bay Buccaneers.

On Saturday, an unidentified buyer spent a whopping $518,628 for a touchdown pass that went for 55 yards to receiver Mike Evans in the Buccaneers’ loss to the Los Angeles Rams during the January 23 NFC divisional game.

According to Lelands Auctions, a sports memorabilia auction house, more than 20 different bids were made on the “last touchdown” pass, where bids started at $100,000.

In June of 2021, Lelands Auctions sold the football from Brady’s first touchdown pass for over $420,000.

Last night, Lelands sold the football from his final touchdown pass for $518,628 pic.twitter.com/79YA3391Ik

Initially, Lelands Auctions estimated that Brady’s last touchdown pass (at the time), would be worth more than $1 million.

On Sunday, Brady said he realized his place is “still on the field and not in the stands.” Brady confirmed he’ll return to Tampa Bay for his 23rd NFL season. “Unfinished business,” he said.

What was once Brady’s final touchdown pass ball has now become simply “the lastest” of the 44-year-old’s 624 career touchdown passes.