BC Place was a sea of colours and sparkles as a beautifully bedecked crowd filled in almost every seat for the first ever Times of India Film Awards on Saturday night.

The arena was vibrant and full of bass as Bollywood set to takeover. Familiar faces in the room were Premier Christy Clark, Finance Minister Mike De Jong and some of Bollywood’s biggest names, including Aishwarya Rai-Bachchan and Shahrukh Kahn.

The event, hosted by Bollywood elites Ranbir Kapoor and Anushka Sharma, was awash in colour as Bollywood celebrities danced musical-style performances, local back-up dancers were clad in a rainbow shades, lights pranced around and pyrotechnics flared – TOIFA pulled all the stops typical of Bollywood glamour.

Music performances were had by Bollywood A-listers Kapoor, Sharma, Katrina Kaif, Priyanka Chopra, Abhishek Bachchan – who entered BC Place through the excited crowd and circled the floor area on a chariot. Performances by Shahrukh Kahn and Aishwarya Rai-Bachchan, who descended onto the stage in flashy contraption, elicited a huge response from the anticipating audience. 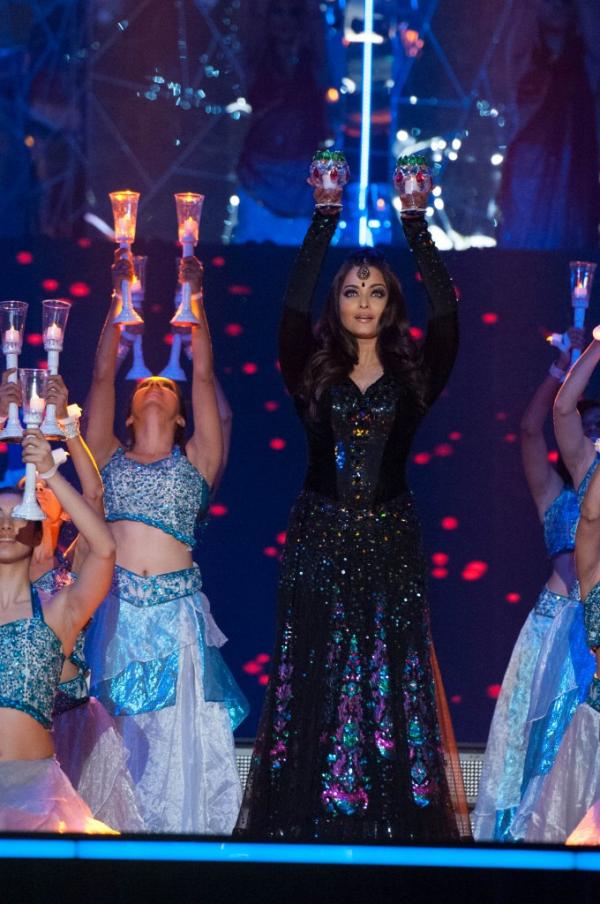 Mike De Jong was a crowd favourite, even if he did pronounce TOIFA, “TOE-fi.” De Jong good-humouredly learned some Bollywood dance moves from actor Boman Irani, and executed an awkward pelvic thrust. He also tried his hand at speaking Hindi.

Premier Christy Clark, outfitted in cerulean Indian garb, welcomed everyone to the show and thanked Bollywood for coming. She also noted that the back-up dancers onstage were local and she hopes that Bollywood produces more films in Vancouver. She later presented the critic’s choice award for best director.

Bollywood fans, Indian and non, were out in droves and suited up appropriately for the star-studded affair in shimmering saris, brightly-coloured Indian suites and formal western threads, in anticipation of the night ahead.

“I’m looking forward to seeing all the stars and seeing everyone in the community come together, this is a big event for Vancouver and the South Asian community here. It’s nice to see everyone get together,” says Channi Dhillon.

“My husband is East Indian, so I learned about Hindi movies and Bollywood. I’m very excited about tonight,” says Sharice Singh.

The awards ended well after midnight and Barfi! reaped the most awards including, best female and male actor, director and film in the popular choice categories.