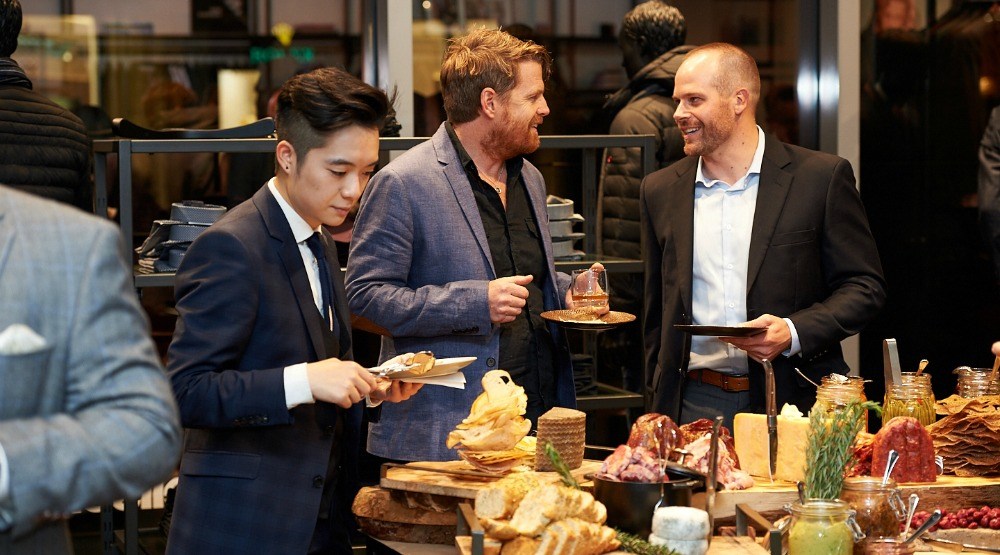 The Fast, The Furious, and The Fashionable/Erich Saide

They held glasses of upscale scotch, and listened to style tips from the store’s fashion director. They had the opportunity to drive a Rolls-Royce, a BMW i8, or an Audi R8 before they entered the exclusive event.

These fifty men were part of “The Fast, the Furious, and the Fashionable” – a fundraising event put together by Todd Talbot, one of the hosts of Love It or List It Vancouver.

Although the evening focused on luxury and opulence, the event was fundraising for something quite different.

On November 17, Talbot will be doing a Sleep Out for Covenant House, a charity dedicated to helping youth living on the streets of Vancouver. 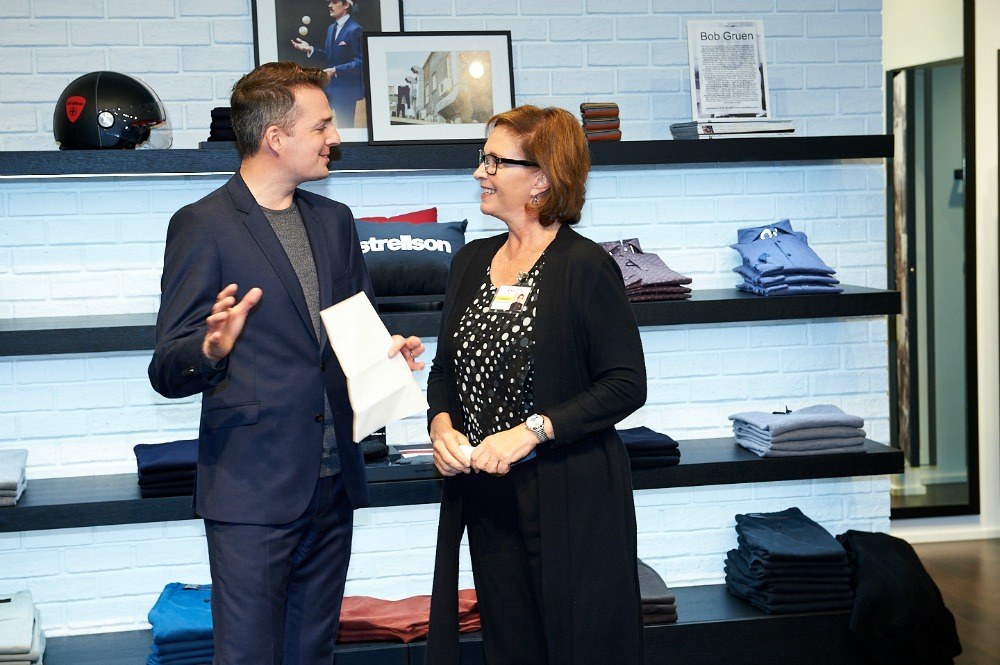 “We are all about getting our kids from where they are to healthy, independent futures,” says Krista Thompson, the executive director of Covenant House in Vancouver.

During the Sleep Out, Talbot and others will sleep in the alley behind Covenant House’s building in Yaletown. They will be introduced to some of the young people who are being helped by Covenant House and hear their stories.

But it’s not just a symbol of solidarity. To participate in the Sleep Out, you need to donate $13,500 – and that’s why Talbot put together his luxurious fundraiser.

Daily Hive’s Zain Meghji sat down with Talbot to learn more about Covenant House, the fundraiser, and why this is such an important cause for the television star. 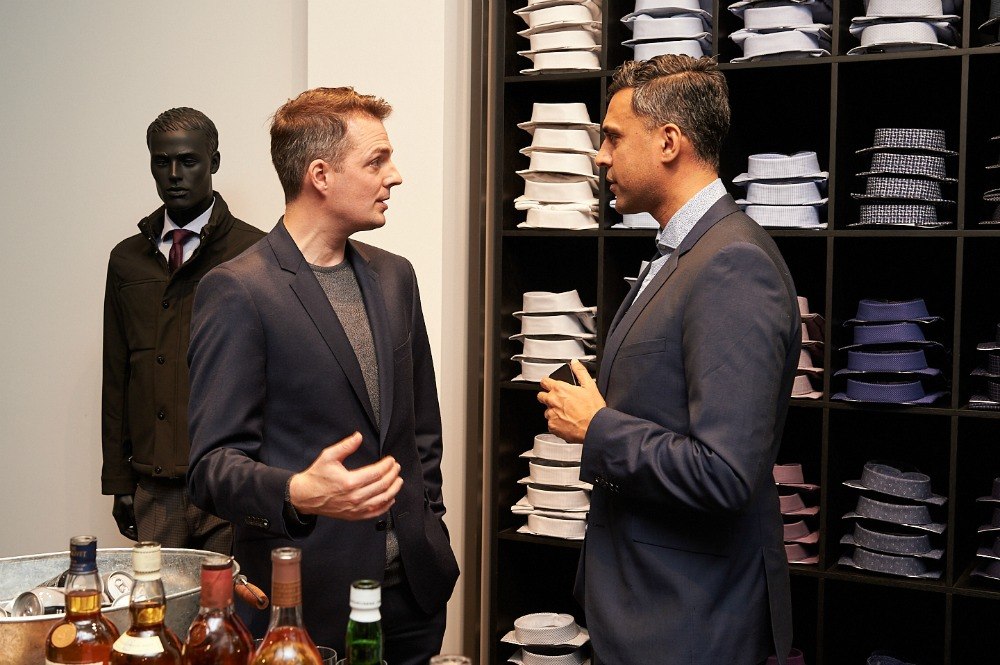 Tell me about Covenant House.

There’s so much focus on the adult problem of homelessness across the city and across the country. Covenant House focuses on at risk youth. It’s such a pivotal moment in the their lives where you can end up going down the wrong path, and it’s really tricky to get back.

They designed a program that takes youth off the street and gives them the support of the emergency services that are needed in the short term, but also gives them that long term program of support.The most impactful thing for me doing the Sleep Out for me last year was at the beginning. They had three young people who went through the program who were homeless who had completely different stories.

We often make assumptions of why someone ended up on the street. Whether they got addicted to drugs, or something like that. But to hear the stories of people that you might not think might end up there…to see what they went through and where they are now, and the contribution that they are making in community. They are employers, some of them.

If you met them here tonight, you’d say, “Yeah, you’re a success story.” You’d never know that they went through that. 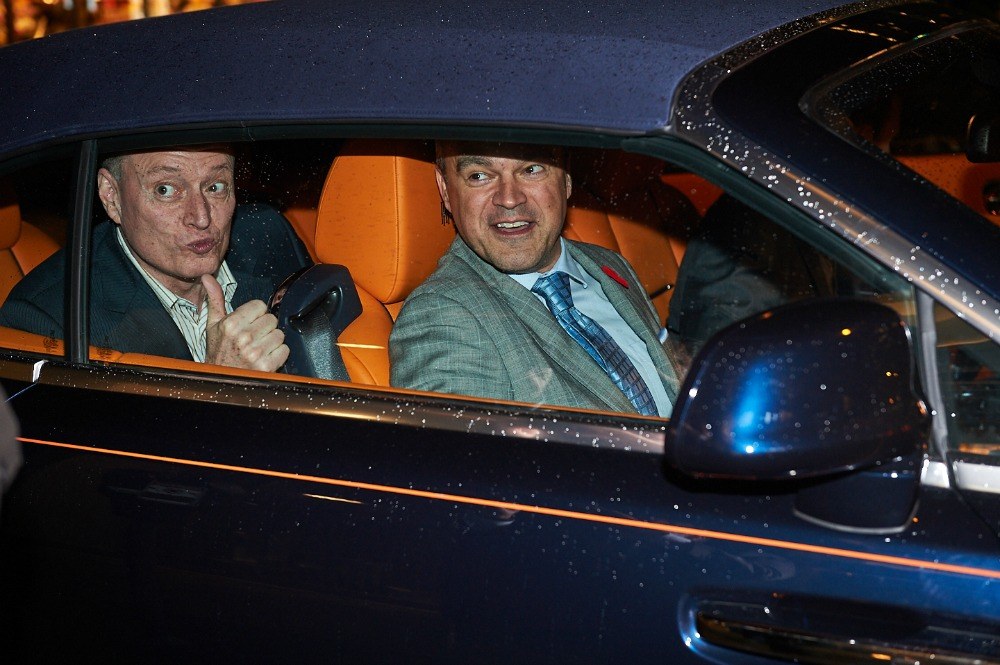 We have an event like this: fancy cars, fancy drinks, fancy clothes…

Yes, the juxtaposition of it all. The irony of it all?

I could have sent an email out to 100 of my closest friends and asked them to donate a couple hundreds bucks and most of them probably would have done that. That’s one way to raise the money.

Or, I’m gonna throw a party that will bring you out, which is cool. I don’t get a lot of opportunities to do that, with your 50 closest friends. I wanted to bring them to an event that they’d be excited to come to, and also contextualize the evening. Yes, this is all great, but it’s important to remember why we are doing it. I emcee a ton of charity events over the year. The biggest contribution I make is my time. I donate my time, and that’s something.

But Covenant House says if you want to Sleep Out, you’re on the hook for $13,500. So this is not a vanity project. If you’re going to commit to doing that, then you’re going to have to roll up your sleeves and raise $13,000, or write a check. So I am going to enroll as many people to get to know about Covenant house, to get their money [for the Sleep Out] and get them to be aware of what’s going on. And if you get them all in one room, and talk about it, then you kill two birds with one stone.

Where are you at with your goal?

So you’ve already passed your goal? You don’t need anybody else’s help.

No, we need way more help. Because Covenant House has their goal.

So now you’re gonna go beyond. How can people help?

It’s super easy. Go to this link and donate whatever you can. Five bucks. Fifty bucks. 500 bucks. Whatever you think you’re comfortable with.

And further to that, get out. Volunteer. Become engaged. Learn more about it. You can go down to Covenant House. You can donate clothes. There are lot of youth that come in off the street that don’t have shoes, don’t have jackets. 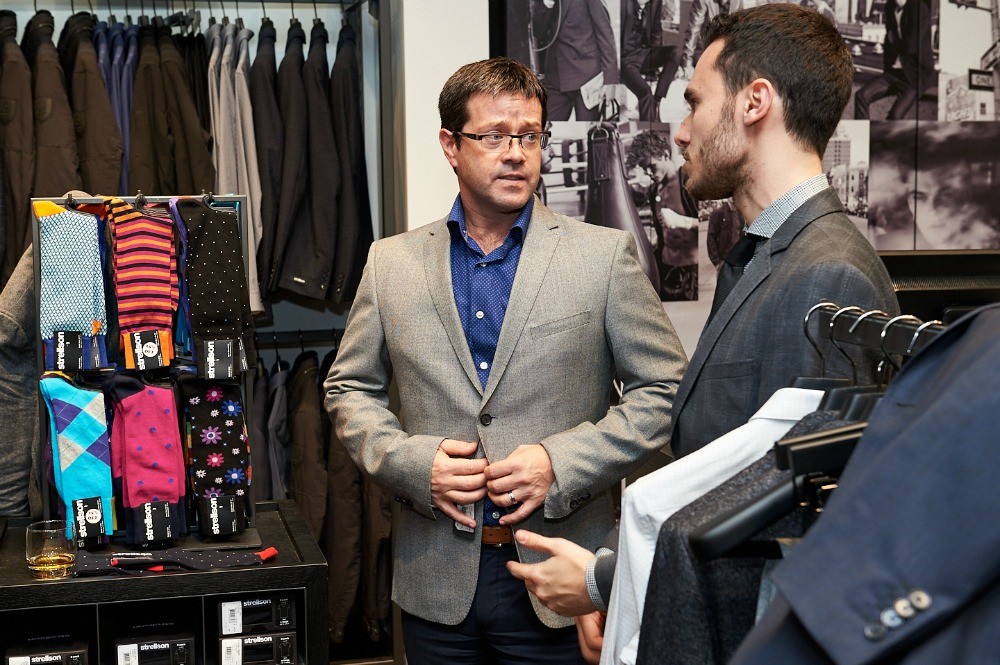 The Fast, The Furious, and The Fashionable/Erich Saide

What do you hope people walk away tonight from this event?

I would hope that they pause, for just a moment, and consider how lucky we are. There are so many people who don’t have the same advantages, and if you can help somebody out, even a little bit, it makes a huge difference.

Covenant House’s annual Sleep Out takes place on November 17, and if you have an extra $13,500 to donate you can take part in it too.

If not, there are other ways you can help Vancouver’s homeless youth. Covenant House hosts other Sleep Out nights throughout the year – Sleep Out: Young Professional Edition will take place on February 16 – and you can always donate even if you don’t want to spend the night outside.

You can donate things like food or clothing, or volunteer with Covenant House. Or, you can put together a fundraiser like Talbot’s “The Fast, the Furious, and the Fashionable.”

It all goes to helping Vancouver’s youth get off the streets and into a brighter future.