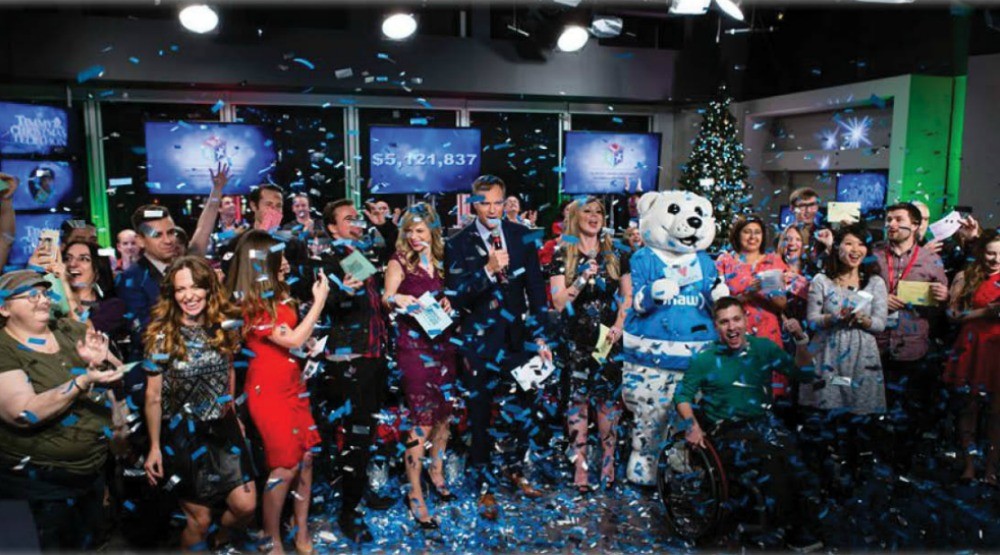 TV isn’t just for Saturday morning cartoons – you can use it to make positive change in kids’ lives.

Easter Seals BC/Yukon is a charitable organization that provides services and programs to families whose children have physical and cognitive disabilities. Since 1952, it’s been giving families a place to stay during out-of-town medical care and providing accessible overnight camps for the kids.

And since 1987, Easter Seals has been running the Timmy’s Christmas Telethon to raise funds for these programs.

The telethon will run for four hours on December 4, showcasing local musicians and celebrity guests to help raise money for families in need. The telethon will be hosted by local media personalities:

The telethon will also feature two junior hosts that have benefited from the Easter Seals program: 13-year-old Lucas Yuill and 23-year-old Andy Rollerson.

To inspire people to donate, Easter Seals is offering the chance to win a special prize. When you donate before or during the telethon, you’ll be entered to win a prize that will be announced during the show.

You can watch Timmy’s Christmas Telethon on your local Shaw TV station, or you can stream it online.

Where: Your local Shaw TV station or online

Daily Hive is a proud sponsor of Timmy’s Christmas Telethon