Most households mow their lawn every few weeks, especially during the quick summer growing season, but for the Vancouver Convention Centre it’s a job that happens only once a year.

Earlier today, six landscape contractors began the week-long process of completing the annual trim of the West Building’s six acre green roof – one of the largest of its kind in the world.

The roof consists of a six-inch thick growing medium of lava rock, top soil and gravel to allow 400,000 plants and grasses of 25 indigenous species to flourish. It is integral to the building’s sustainable design as it assists with regulating the interior temperature throughout the year, thereby reducing heating and cooling costs.

Apart from the annual trim, only limited maintenance is required once a week to check for any invasive weeds and blocked drains. Without any mowing since the last trim in October 2013, this year’s growth reached a height of up to 5.5-feet.

The roof also rarely needs watering, although treated black water from the building’s toilets are used for the roof irrigation system during exceptionally warm and dry summer weather.

The West Building was completed in April 2009, and its roof has since become a thriving urban habitat for spiders, dragonflies, ants, damselfies, grasshoppers, ants, sparrows, juncos and finches. Birds and wind have also brought in new plant species, creating an even more diverse roof ecosystem.

There is no public access to the roof level as heavy human presence could disturb the habitat grown for the birds and insects.

In addition to natural wildlife, thousands of European honey bees housed inside a set of four rooftop hives pollinate the plants and greenery in the surrounding waterfront area. In fact, over the past year, the green roof bees created 80 pounds of honey for the convention centre’s culinary kitchens.

The Vancouver Convention Centre offers free guided tours of the West Building, however, it does not include a tour of the expansive green roof. To book your tour, click here. 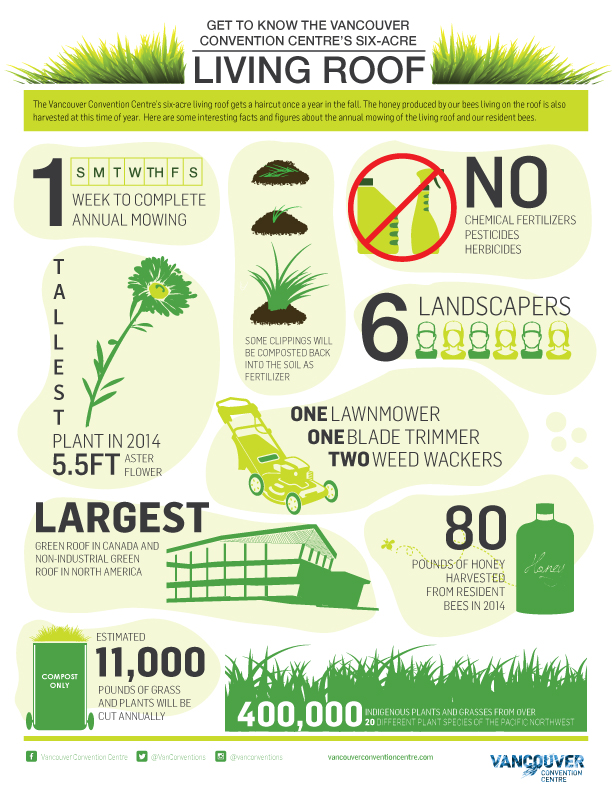 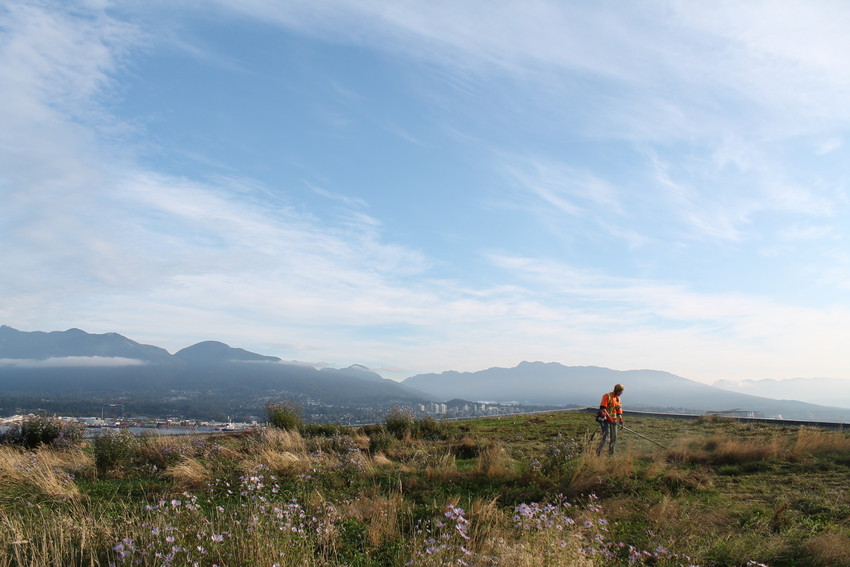 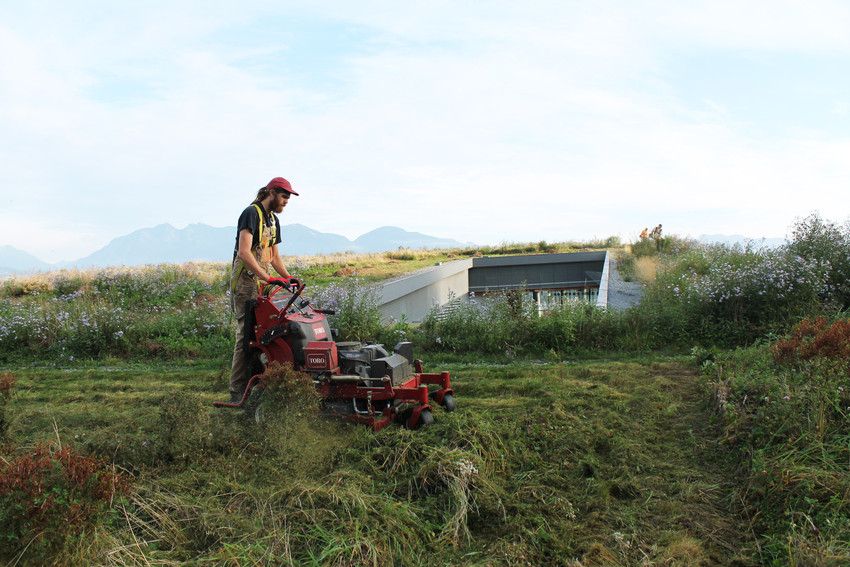