Two Alecs, one dead Kiera, at multiple timelines and more overlapping conspiracies than we probably know have all combined to form a mind blowing third season for Showcase’s Continuum. Kiera has started thinking outside the doctrine of her time, but her clarity of thought has meant a blurring of who the real enemy is.

In the season’s second-to-last episode Kiera rescued ‘Scar Alec’ from the freelancers, but things are still rocky between the two of them. Corporate Alec, meanwhile, is getting ready to release the potentially dangerous ‘Halo’ onto the market. Sonya and Lucas came up with a plan to stop him, but it isn’t clear yet how successful they were before Sonya blew herself and Inspector Dillon up. Kiera has retreated with Brad to a cabin by a lake, but between Halo and the mysterious founder of the freelancers I doubt she’ll be able to stay away from Vancouver for long. Here’s our state of affairs heading in to the season finale: 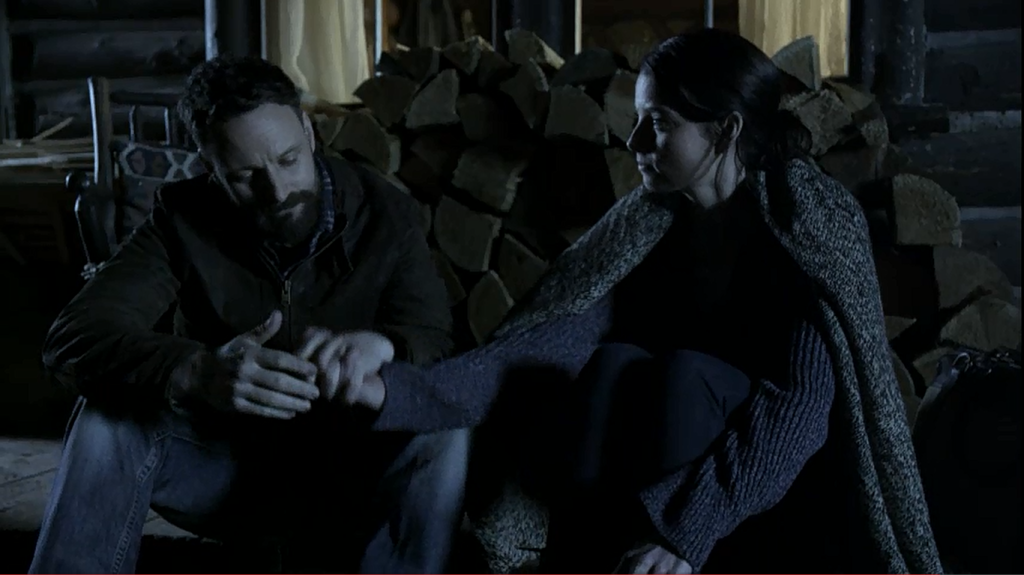 That was the question that plagued us for a good chunk of the season. The shooter was wrongly revealed to be Chen at one point. Piron Alec discovered that it was actually Brad during the period where Brad was sleeping on Kiera’s couch, but withheld the information because Kiera called him out for stealing her dead self’s CMR. Kiera knows by now, but still seems to trust Brad instinctively. Last episode she even pointed out that she’d never have found him if he hadn’t shot her without any trace of bitterness.

We might know who shot Kiera, but what we don’t know is whether anything he has said about himself is actually true. Despite Kiera’s trust in him, there are holes in his story. He says he shot Kiera because she was there when he went to kill Alec, but that doesn’t fit with what he says his future is like. He claims to be from a time where society has collapsed because Liber8 succeeded and governments turned on corporations, so it makes no sense that he’d have come back in time to kill Alec Sadler rather than any member of Liber8.

That story also doesn’t explain why the name ‘Kiera Cameron’ was all he remembered when he had amnesia, though, or how he got amnesia in the first place (if it was ever real). He said something curious in the most recent episode; “Kiera Cameron you are the key”. I doubt this was just him being romantic. It could be connected to why he remembered her name in the hospital. His association with Chen is still a question mark too. When Chen feels betrayed by Brad the words he uses, “I believed in you” suggest that they weren’t just people who teamed up once; Brad represented something bigger to Chen. 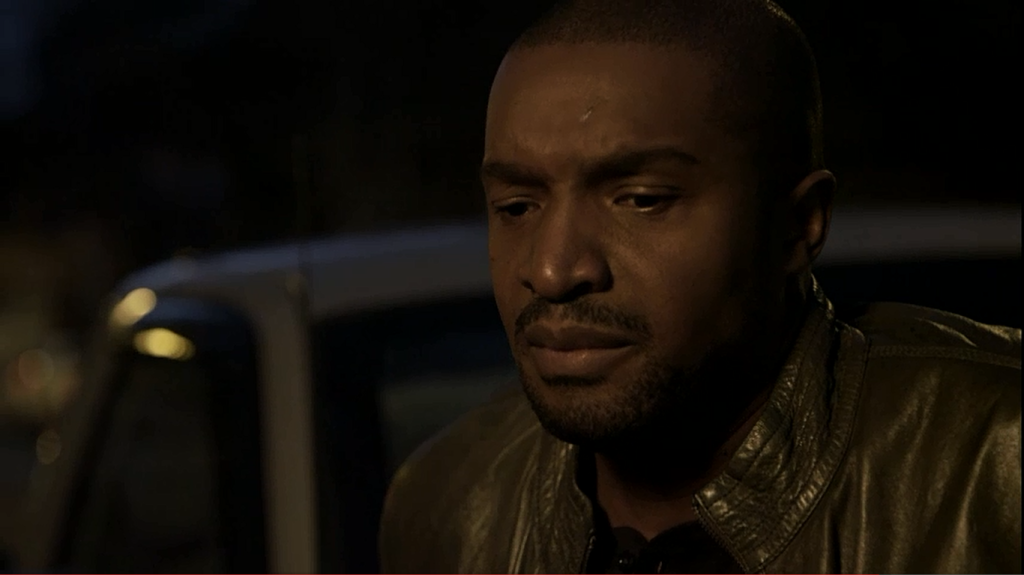 Liber8 took control of an incinerated some white collar criminals early on in the season, but since then they haven’t committed any large scale violence. Kiera has described their more recent behaviour as a ‘Robin Hood act’. They’ve certainly been more focused this season than in season 2, when they splintered off into different factions and had to worry about things like acquiring money and goons. Brad’s revelation that the future is even worse when they accomplish their goals fractured them yet again, though. Sonya took the news as a victory and seemed prepared to focus on how to minimize the damage done when the governments turn on the corporations, but the other three lost their drive fairly quickly. Travis wanted to go live a quiet life up north with Sonya, but her death makes that impossible. Aside from leaving Liber8 behind it’s not clear what Lucas and Garza are planning to do.

I can’t imagine that Travis won’t want to avenge Sonya, and it wouldn’t surprise me if Lucas does to since they always worked together pretty consistently. She killed herself, true, but she died trying to destroy Halo. They may hold Piron responsible, and Garza’s mission has always been to kill Alec if he cannot be saved (which is looking more and more like the case every episode). Sonya’s death may reignite Liber8’s will to oppose the corporations in general as well, since she was the one advocating that they take Brad’s news as a win and work around the problems it presents.

A New Sherif in Town 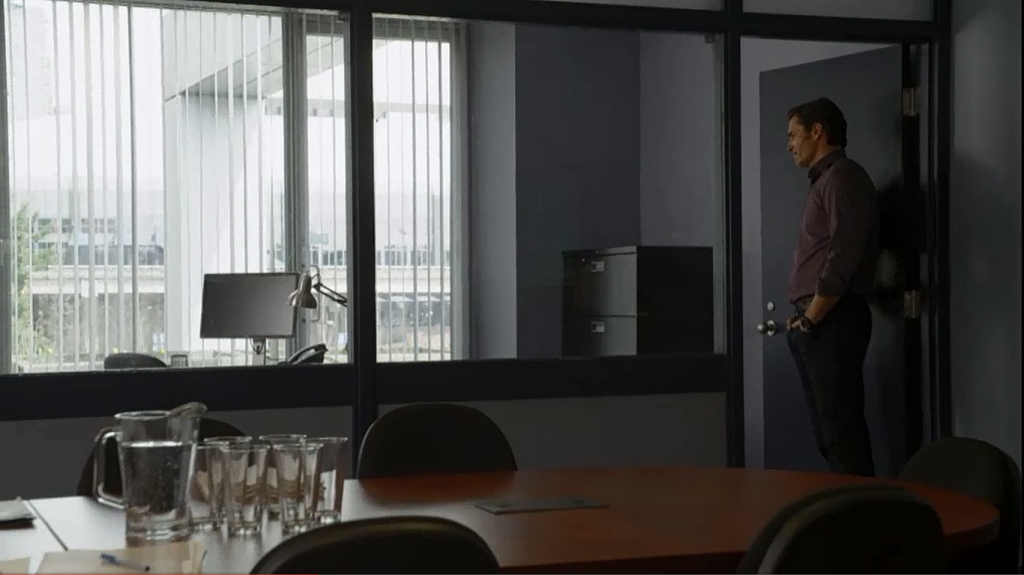 The VPD has been bending the rules more and more ever since Inspector Dillon got involved with Piron. Carlos and Kiera had started to suspect that Dillon served Piron and the other corporations that form the congress of Kiera’s time over the people of Vancouver. This week Dillon told Carlos that he was only using Piron, and the fact that he didn’t turn the time travel device over to Alec seems to corroborate that although the man was still walking a fine line. Dillon’s intentions are irrelevant now, though. What matters is how his successor will handle the situation he’s created.

Carlos is the person most poised to take over for Dillon, and that could mean an end to the relationship with Piron and Alec Sadler. Carlos certainly has no love of the ‘bodysnatching little ghoul’ these days. We don’t know all the details of how Piron and the VPD were contractually connected, though, and it may be that Dillon bound the police force to Piron in a way Carlos can’t back out of easily. There were also officers who approved of the direction Dillon was taking the force who he’ll have to contend with if he finds himself in charge. Besides all that, Carlos would need to be promoted to Inspector and as natural as that may seem to us it isn’t what happened when Dillon was removed from his post last season. Nora Harris was brought in to run things, and it’s likely she still has similar ambitions. Carlos will likely have his hands full with police business during the finale.

The Rise of Theseus? 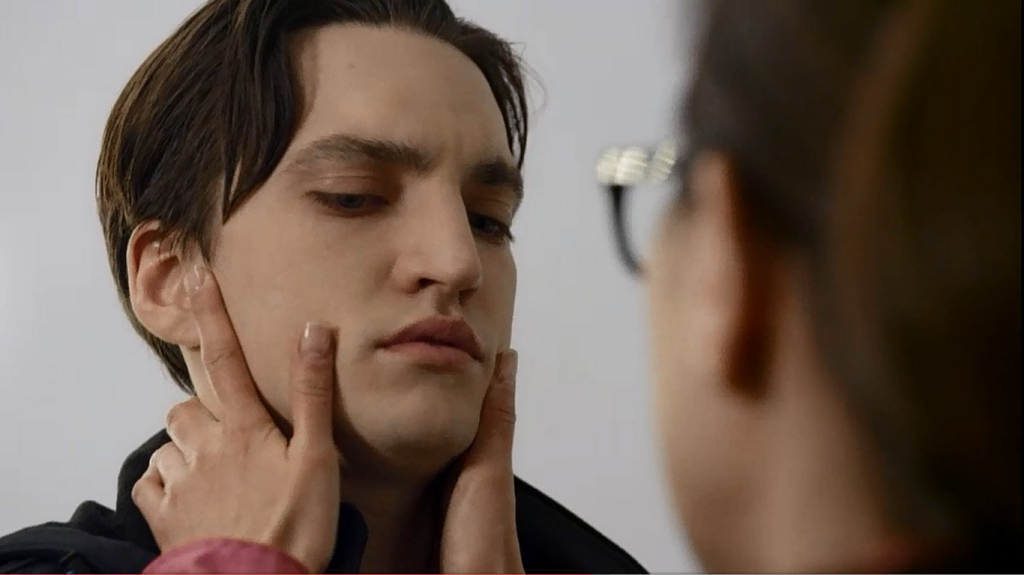 Julian started writing his manifesto this season, and became a television pundit for a while. His only real move was to help a whistleblower, which backfired when she turned out to be a plant. He lost a lot of credibility, but his name was still big enough for Kellog to suggest Alec bring him in to help manage Piron’s image. Julian agreed after Piron stopped another corporation from doing damage, but he’s also been feeding information to Sonya.

Sonya told Julian this week that she still wanted him to lead their movement, and that maybe he could find a less lethal way to do it. She also told him that in the timeline she knows he killed thousands. It’s hard to imagine that wouldn’t shock Julian, but Garza has been trying to toughen him up. I hope it won’t cripple him, because Sonya was right to think that he could find a different way to do things. I doubt he was that close with Carlos Fonnegra in the timeline as Sonya knows it, but he has a rather interesting relationship with the detective now. The association started with Julian shooting Carlos, so they aren’t exactly friends, but they have been allies and I think that if Julian has Carlos on his side moving forward he’ll be a good influence. 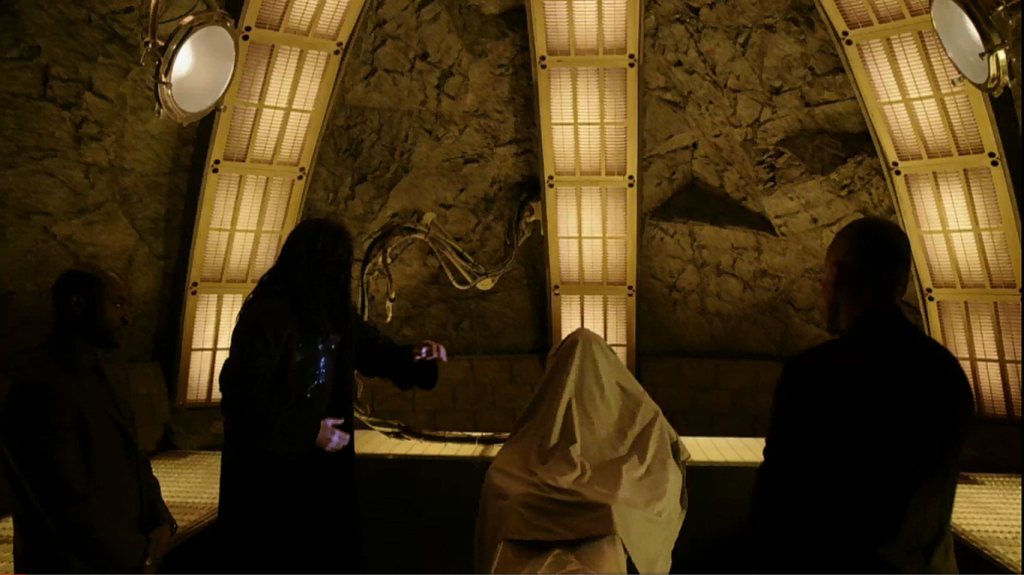 We were told at the beginning of the season that the freelancers were founded by one time traveller. There was a war over the right to control time travel and in its wake one man travelled back a thousand years to start an organization that would protect the ‘true’ history. The freelancers seemed like a cult to Kiera from the very beginning, and in this last episode we met the potential figure head of that cult. Chen seems to be a true believer but, in his words, Catherine was more the founder’s jailer than a follower herself. He’s killed her now, which could mean freedom for the original freelancer.

Catherine always said the freelancers were there to protect the timeline, regardless of what that meant for the present. We do know, though, that history can unfold in a lot of different ways without the timeline collapsing. That means that the freelancers have always been protecting a particular version of history, not just keeping the timeline healthy. Which version was likely chosen by the original.

This first freelancer has powers that do not seem humanly possible, even if they are fuelled by technology. He resurrected Chen from death, and is supposedly the reason the other freelancers don’t seem to stay dead. I’m counting on Continuum having a good explanation for that in the finale this week.