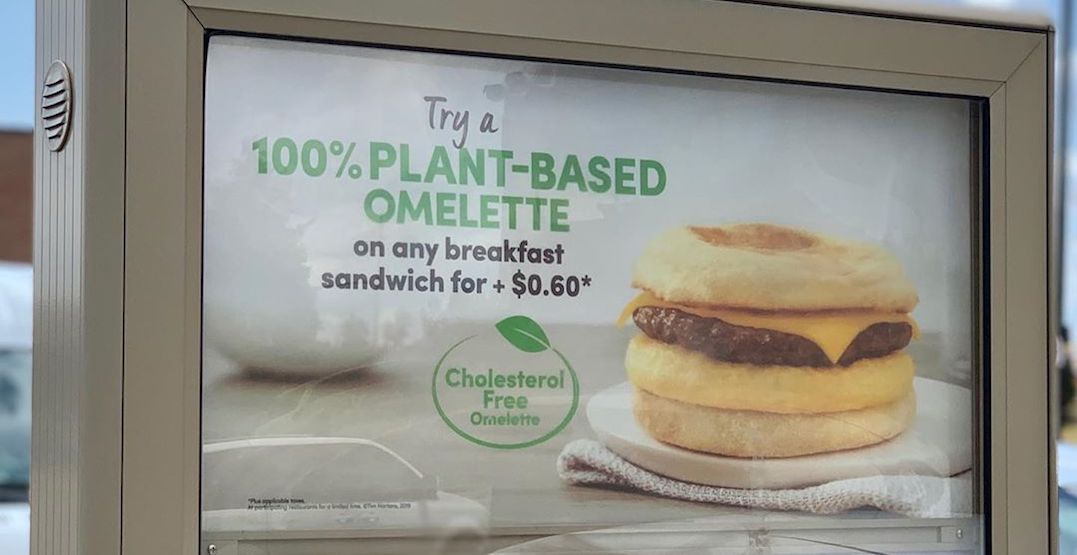 And now, Tim Hortons is testing vegan “eggs” in some Canadian locations.

Josh Tetrick, co-owner of JUST Inc., a company that produces plant-based “eggs,” shared an image the brand’s not-egg product being offered as part of a Tim Hortons breakfast sandwich.

The image was tagged to Richmond Hill, Ontario.

A video was uploaded to Tetrick’s account as well, showing the signage in a store tagged to Waterloo, Ontario.

The joint has officially surpassed its “coffee and donut” status, and it’s moving straight into the land of plant-based dreams.

Now, all it needs is some vegan cheese and veg-heads can have a full-on plant-based brekkie.

History has been made! @justforall has partnered with Tim Hortons to launch the world’s first ever plant-based egg at a fast food chain. Tim Hortons has 5,000 locations and chose Toronto, its home city, for the initial launch. pic.twitter.com/MSrQIUwhbf