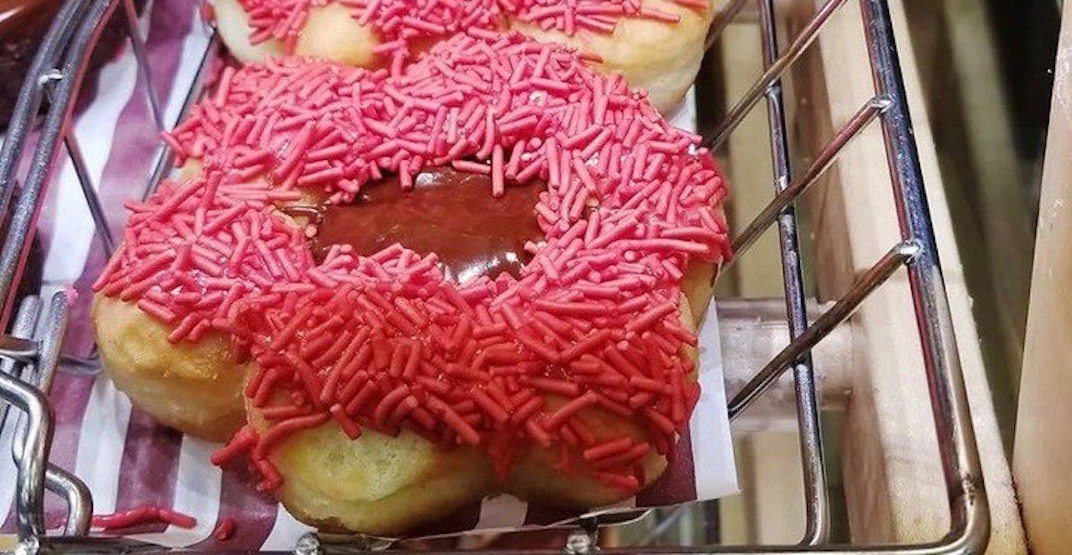 When an employee at an independently-owned southeast Calgary Tim Hortons franchise took the initiative to make poppy-shaped donuts in honour of Remembrance Day, they probably didn’t expect the sweet creation to hit such a sour note on social media.

The donuts, which were topped with red sprinkled around a dollop of jelly, received criticism on social media after notable Calgary-based Twitter account Crackmacs posted a photo of the treats on November 9.

People were debating whether this donut was a tribute to veterans or an inappropriate way to cash in on the sacred and registered trademark symbol.

I don’t see the big deal. They may be making money off it it, but they are also helping us remember.

So tacky. -Tim Hortons ‘Poppy Doughnut’ Doesn’t Go Down Well With Some https://t.co/4d4giLqFwB

People are at Tim hortons to buy a coffee and a donut.. Unless this thing costs considerable more money than the standard one, its a non-issue. Poppy collection boxes at those tills likely got more donations that day.

Seriously?!? As if these doughnuts looked like poppies to start with!
I’d love to see the trademark law on this one pic.twitter.com/wg0FRPo714

Ah! A nice gesture. Doesn’t look much like the special poppies we wear for Remembrance Day. Besides, the evidence will quickly disappear. I bet the vets will gobble them up.

Clearly, people are torn on this issue as reactions about the donuts were mixed.