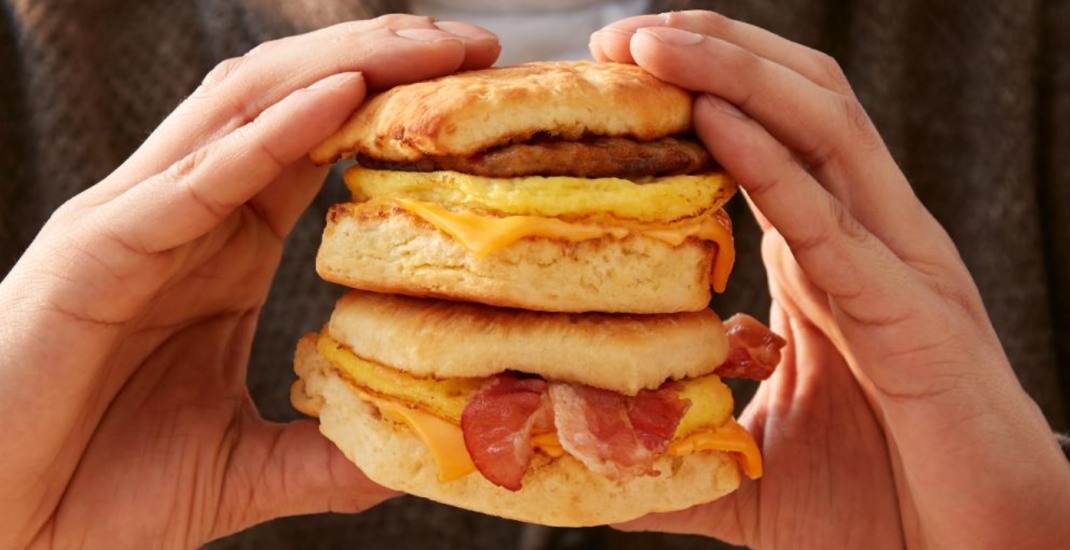 Bagel B.E.L.Ts and homestyle sausage-egg biscuits could soon be available all day.

In an attempt to lure more customers into stores, Tim Horton’s will start piloting all-day breakfast at dozens of stores in Ontario as early as next week.

Naturally, the city of Tim Horton’s birthplace, Hamilton, ON along with Burlington, ON will be home to the first locations to participate in the operational trial but President of Tim Hortons at Restaurant Brands International, Alex Macedo, shared with Daily Hive that the idea is to introduce “‘Breakfast Anytime’ on a national scale before the end of this summer.”

The breakfast menu pilot program is just one of several new initiatives that Tim’s is pursuing. In addition to remodeling several hundred restaurants (expected to be completed this fall), Macedo shares that the company is also plotting the introduction of a loyalty program and self-serve kiosks.