At the height of the Tiki bar craze in the early 1960s, Vancouver’s Bayshore Inn opened a location of the popular Polynesian chain Trader Vic’s. Closed in 1996 and the building hauled away to Vancovuer Island, a modern-day Tiki bar enthusiast is now trying to resurrect the iconic restaurant.

Derek Lowe, who never made it to the original Trader Vic’s in the parking lot of the infamous hotel in Coal Harbour, says he first got to know the building and its current owner, David Whiffin, in 2012. He’s now launched a Kickstarter campaign to raise $450,000 in the hopes they can turn the structure back into a thriving Trader Vic’s, only this time located on farmland in Saanich, near Butchart Gardens.

Saanich, however, hasn’t been very welcoming. They were not receptive for Whiffin’s plans to open up a waterfront winery, but Lowe is optimistic the Municipality may want to work with them to make the Trader Vic’s a reality, should the venture be funded.

Elements of the location in Brentwood Bay echoes the original Vancouver Trader Vic’s–it was the only one in the global chain that allowed for an arrival on water, which could easily be done with the new Trader Vic’s. Legend has it that it was the allure of the water getaway that appealed to the Bayshore’s most famous resident, Howard Hughes.

So why a Trader Vic’s, and why now? Lowe tells Vancity Buzz: “After networking with Tiki culture enthusiasts online I realized that thousands of people lamented the loss of the Trader Vic’s in Vancouver and I eventually came up with the idea to crowd source a fundraiser to resurrect the building.” Trader Vic’s, however, isn’t part of the project…yet.

Lowe suggests there may have been some legal and financial disputes that led to the demise of the chain at the Bayshore nearly two decades ago, but is optimistic about a future partnership. “I don’t see an issue with approaching Trader Vic’s Co. and looking for a solution to the [proposed reopening],” he says. Other avenues might be the way to go, but using the old Trader Vic’s building under a different name is a bit daunting. “[T]he pressure of making sure the business can stand on its own gives a sense of how steep the hill is.” 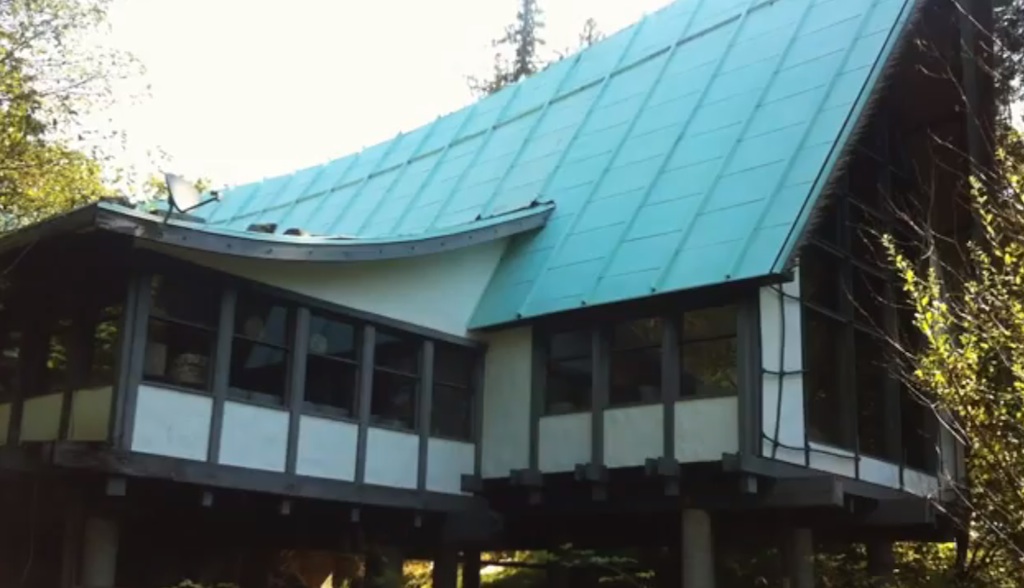 No matter what name is on the building, Lowe is positive it’s a winning prospect: “Either way I am confident that with the proper team of motivated backers the Trader Vic’s can be resurrected.”

Lowe, who right now describes his role in the endeavour as “being in charge of the dream and making sure it doesn’t become a nightmare,” hopes that should the project come to fruition, he end up involved in some capacity. He explains the crowdfunding project is to help Whiffin make a go of a successful business in Saanich.

Ultimately, Lowe just hopes he–and many others for years to come–can enjoy a cocktail at a legendary Tiki Bar.

“The Tiki Bar culture means so much to people, I think, because for many of us its where we prefer to be. You have to experience it. The idea of having a cocktail poolside and spending time enriching your life experience through cultural and interpersonal relationships is at the heart of being truly happy for the Tiki culture,” elaborates Lowe. “I love a good dive bar, and high end cocktail bars, but there is no place I’d rather meet a stranger and make a friend for a day, a week, a year, or a lifetime than at a Tiki Bar.”