In the past week, New York City-based jeweller Tiffany & Co. released three announcements that have caught luxury speculators off guard.

First came the incredible renderings of the interior and exterior overhaul of its freestanding Vancouver flagship; then there was the unveiling of the Blue Book 2016 in Vancouver, and finally, the announcement, this past Thursday, that legendary Grace Coddington had been brought on board as a ‘Creative Director’. 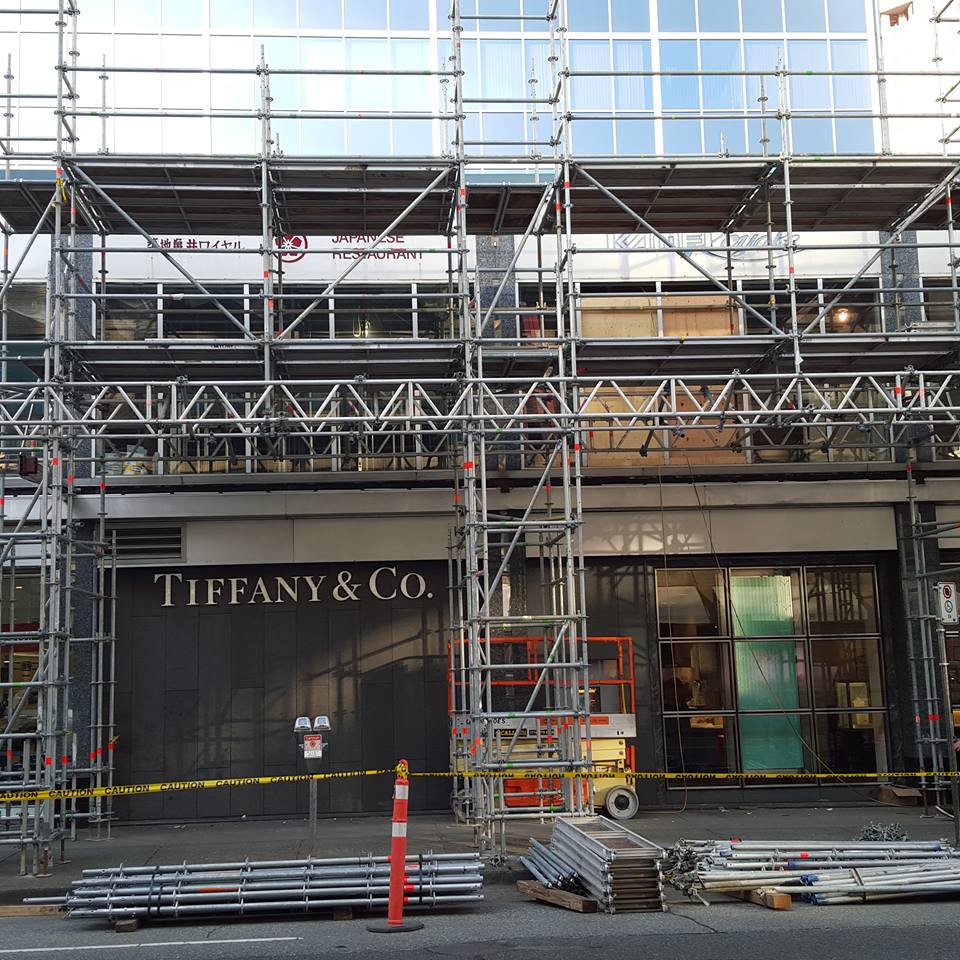 According to renderings provided by Retail-Insider, the store’s facade will be completely re-done, including a new rounded corner entryway, a trademark Atlas figure holding a clock, and larger Tiffany-blue fabric awnings that will replace the building’s current glass canopies. Modern, yet with a hint of 1950’s chic. Very clean, sleek and timeless. 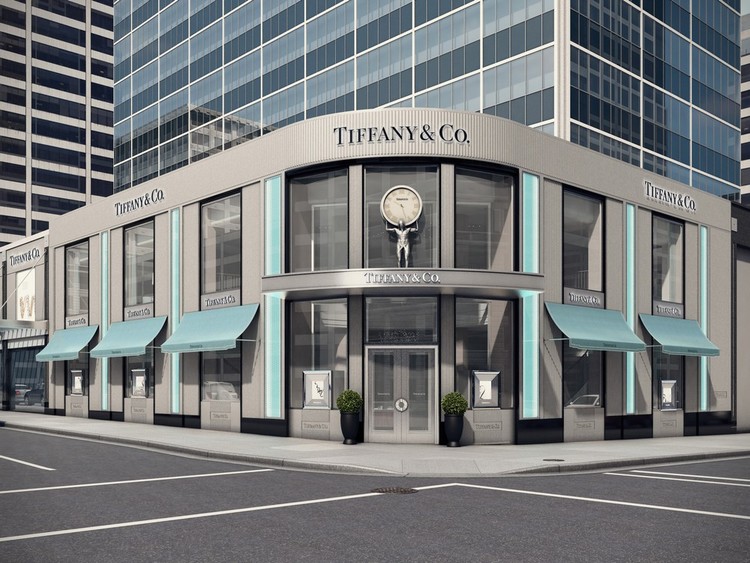 The artist’s renderings also show the Atlas figure carrying the weight of a clock the size of a globe on its shoulders. The Atlas figure was first unveiled in 1853 and Vancouver’s bears a striking resemblance to the nine-foot high one that is affixed outside the company’s New York flagship. 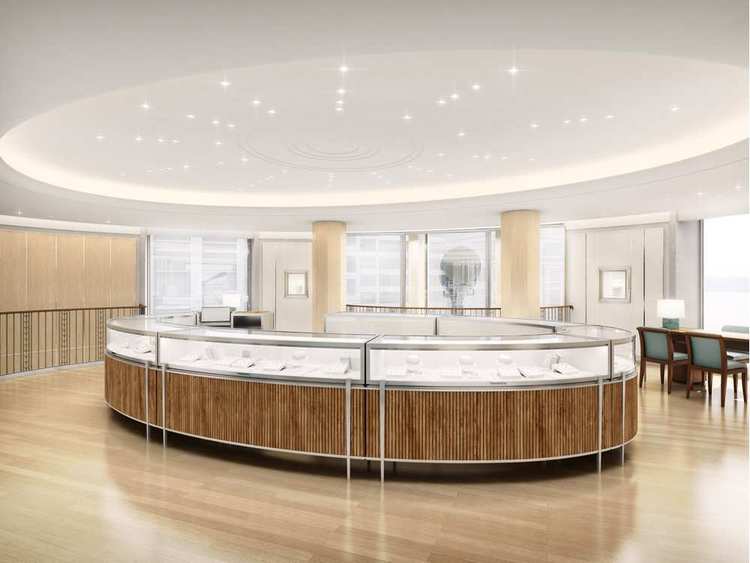 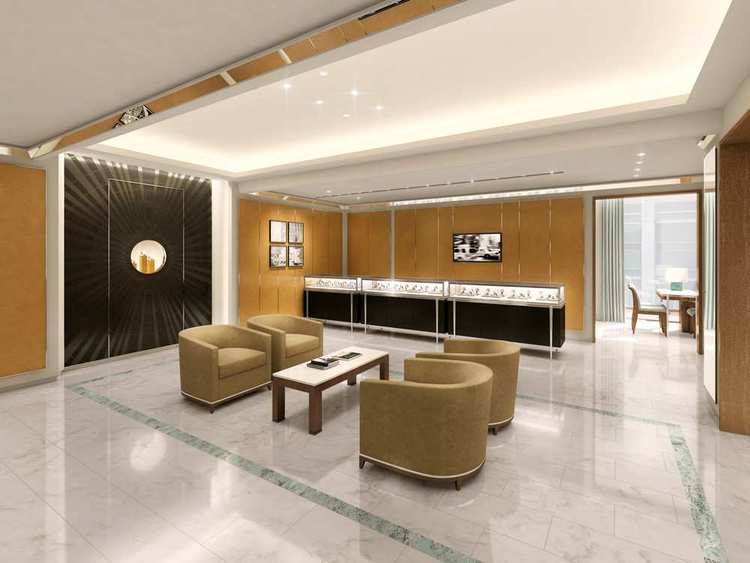 The store’s renovated interior will feature ample marble and wood, as well as new spaces for fine jewellery and bridal pieces on the ground floor, as well as its first watch salon in Canada, on the store’s second level. Luxurious private shopping areas will also be expanded to facilitate the accommodation of the increasing number of affluent shoppers in the ‘Luxury Zone’.

All last week the chatter surrounding Tiffany’s was the Blue Book 2016 arriving in Vancouver directly after New York. 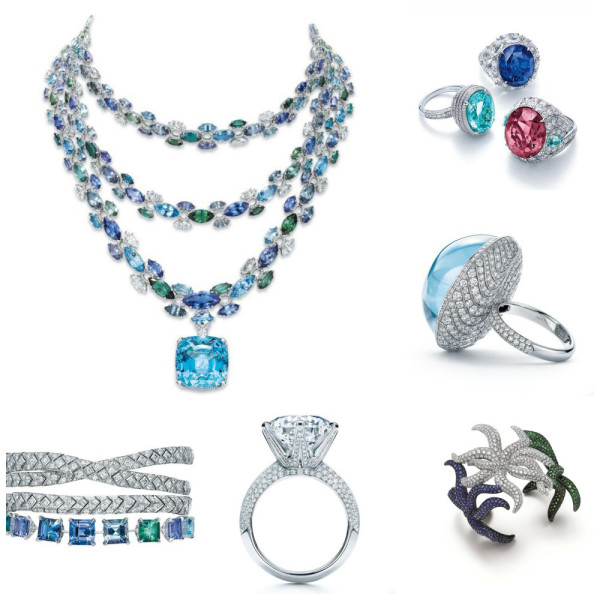 This is the first time that the Vancouver market has been considered of such stature; Tiffany & Co wished this incredible catalogue to be accessible by the city’s luxury elite. The collection includes many incredible pieces that captures the sea’s ever-changing spectrum with many pieces including a triple-row necklace (top left) of marquise-shaped tanzanites, green tourmalines and aquamarines connected by pavé diamond and platinum links. The multi-million dollar Blue Book collection was first published in 1845, is presented yearly and draws a very unique clientele.

The last piece of news is that Tiffany’s has brought onboard the infamous Grace Coddington as a Creative Partner. 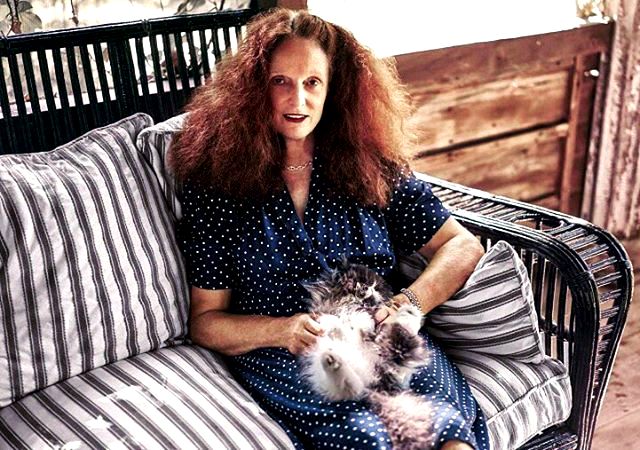 The former Vogue creative director shocked the fashion world ‘leaving’ the magazine after 30 years with a new title ‘director-at-large’. Her first campaign is expected to launch in September and will contain multiple collections and will run through to the holiday season.