Tiesto will extend his performance by an hour to play an exclusive 3-hour set. All Day 2 ticket holders at the event will be honoured and the event will remain at the PNE Pacific Coliseum.

The world renowned Dutch DJ will also be calling into the Kid Carson Show on Tuesday morning at 8:30 a.m.

His concert was originally scheduled for Sunday night, however, it was postponed at the last minute when his United Airlines flight into Vancouver was delayed. This was the first time Tiesto decided to fly on a commercial airline. 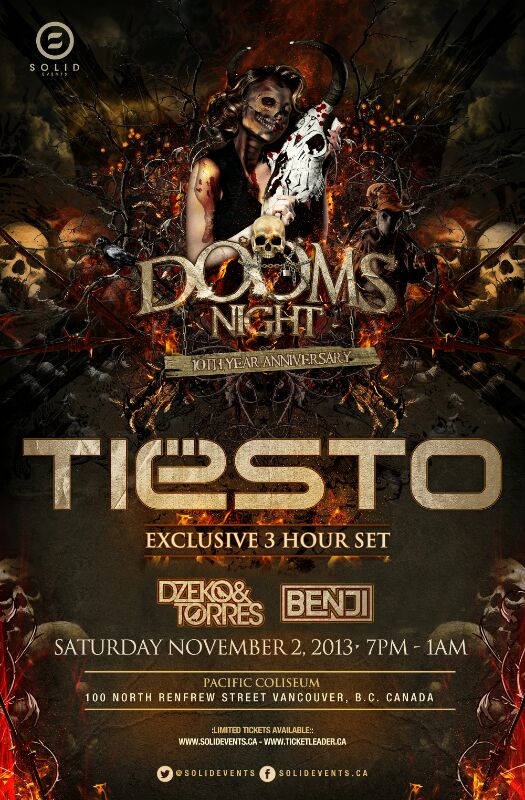