Thirty-five years ago a group of Vancouver actors came together to form a co-op  experimenting with a newly evolving theatre genre, TheatreSports, which gave birth to the entire realm of improv comedy. That inaugural group of actors (including improv super star Colin Mochrie) took up residence in a little theatre off the alley at Thurlow and Alberni streets and grew to become one of North America’s premier improv comedy companies – Vancouver TheatreSports League (VTSL).

From October 15 through November 21, VTSL celebrates its milestone anniversary and all things 80s with a new feature show – Throwback TheatreSports. It’s a no-holds-barred comedic trip down Memory Lane (aka ‘the back alley’) complete with classic, and newly-created, TheatreSports formats and scenarios. Artistic Director Denise Jones has invited back VTSL alumni from years past to perform alongside current ensemble members. 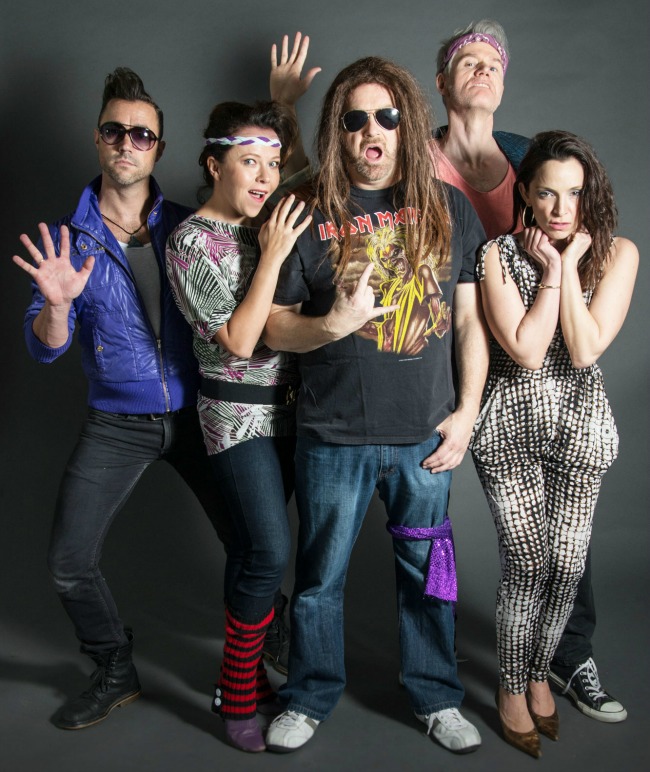 While much has changed in the intervening 35 years, one thing hasn’t – audience participation. Improv comedy relies on audience suggestions to move the action forward. That’s what makes it such a daring art form, the performers and tech improvisers don’t know what to expect from one moment to the next as the ‘script’ is dictated by audience input. No two performances are the same. It’s a fresh new show each and every night.

Throwback TheatreSports is a show with more twists than the Rubik’s Cube. It will keep you in stitches regardless of whether or not you lived through, or should we say ‘survived’ the 80s.

Dig out your legwarmers, don your headband and celebrate the beginnings of VTSL, improv comedy and the decade when ‘more was more.’

When: Thursday, Friday and Saturday nights at 7:30 p.m. from October 15 through November 21

Every Friday Vancity Buzz presents Improv After Dark at The Improv Centre. Use coupon code BUZZ15 at checkout and receive a ticket and drink for only $15 (available online, NC17: persons aged 17 & 18 must be accompanied by an adult)