B.C. Premier Christy Clark and Alberta Premier Alison Redford may have come to an agreement on the Enbridge pipeline, but many people in B.C. are still opposing their agreement. 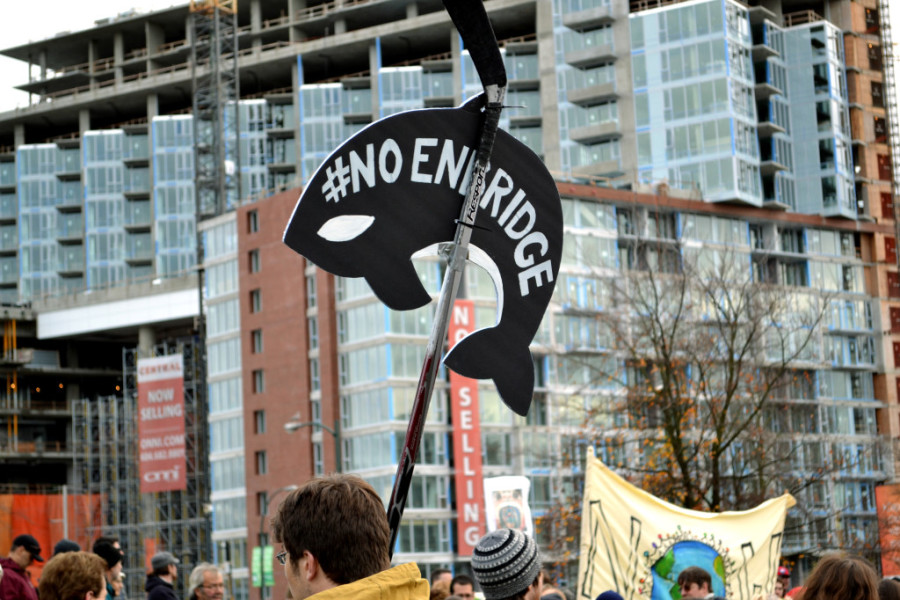 On Saturday, November 16, thousands of people gathered at Science World around 2 p.m., to protest the proposed Enbridge Pipeline. The proposed pipeline will begin in Bruderheim, Alberta and transport oil to a marine terminal in Kitimat, B.C.

The rally was part of defend our climate day, which was a movement that occurred all across Canada on November 16. Canadians from coast to coast gathered to oppose pipelines, tar sands and other factors contributing to climate change.

Many non-government organizations were present at the “No Enbridge” protest, and many of those organizations can be found on the defend our climate website. 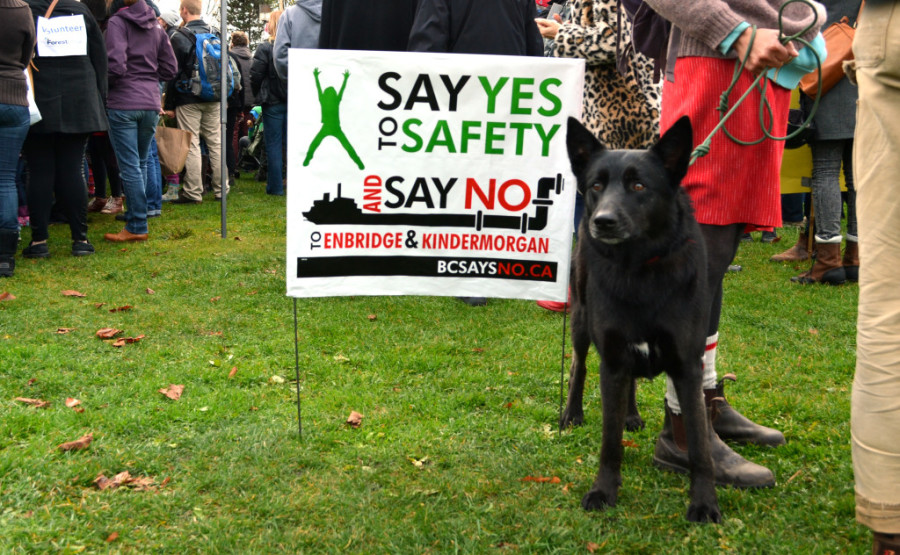 One of the major non-government organizations present was the Forest Ethics Advocacy. Tar sands campaign director Ben West was one of the rally organizer’s at the protest.

At one point during the protest, he made this pledge to the crowd, as they said it back to him line by line.

“I will do everything in my power,
To stop the Enbridge Northern Gateway pipeline,
And every other silly pipeline they propose,
And I will work with my friends and neighbours,
To make the alternatives a reality,
a better world is possible,
and we wont stop until it is real.” 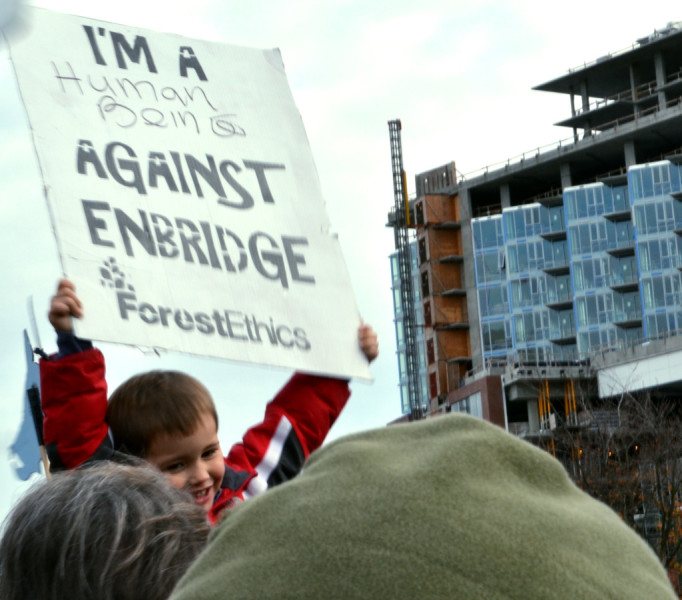 West was one of the many speakers present at the rally from non-government organizations. There were also some representatives from the BC NDP and the BC Green party present.

Premier Christy Clark originally opposed the Enbridge pipeline, but just recently agreed to the framework for a deal. The deal is based on B.C.’s five conditions for oil pipeline development in our province.

Although the two Premier’s have agreed on the framework for a deal, there are still some blockades to go through before the pipeline is constructed. Lawsuits from First Nation’s groups are imminent if the pipeline is approved. It is also very likely that these protesters will created blockades on Enbridge construction sites.