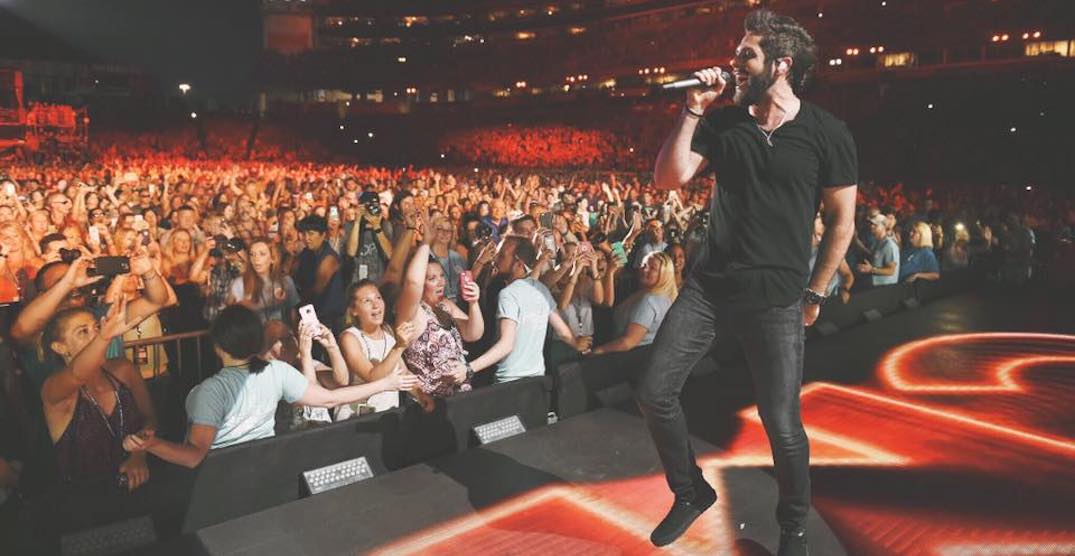 One of country music’s biggest stars will be playing a show right here in Vancouver next spring.

Thomas Rhett will be making his way into BC for a show at Rogers Arena on Wednesday, May 15, and while the concert may still be a handful of months away, tickets will be available for sale this Friday.

Rhett became a worldwide sensation starting with is 2013 debut album It Goes Like This, and he has been putting out music every two years since with 2015’s Tangled up and 2017’s Life Changes.

Fans of the singer can expect to hear hits like “Get Me Some of That,” “Make Me Wanna,” and “Crash and Burn,” when Rhett arrives in Vancouver, though they’ll need to secure their tickets before beginning to look forward to the big day in May.

Officially prices have not yet been posted, but fans will be able to grab their tickets at exactly 10 am on Friday, September 28 through Live Nation or Ticketmaster.

Dustin Lynch will be along on the tour for a supporting performance.

Rhett will also be playing shows in Edmonton and Calgary — just in case you wanted to see him twice!

So, who’s ready for a rockin’ good time?

Tickets: Price TBA, available through Ticketmaster starting at 10 am on Friday, September 28