It’s a year of milestones for Thomas Haas. The celebrated baker and chocolatier is marking 20 years of calling Vancouver home and five years of operating a successful cafe and patisserie in Kitsilano, but the anniversary that’s perhaps the most resonant to his many loyal customers is his decade of operating his flagship North Vancouver location.

Inside the cafe mid-morning and mid-week, the atmosphere is cozy and cheery, and bustling. The shelves are packed with fall-themed chocolates and treats, the pastry case beckons with its many items with buttery layers of flaky goodness, and the murmur of voices melds with the uptempo music and the clinking of dishes and cups. 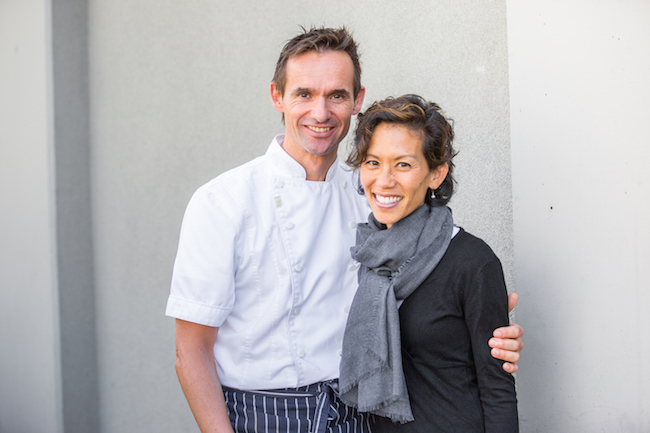 But behind the cafe and shop, just through a set of ever-swinging doors, the work is happily going steady, too.This is where everything is made for Haas’ sweet empire. In a series of connected rooms, Haas’ staff are making fresh batches of chocolates, rolling out pastry dough, and packing jolly holiday boxes. Though Haas takes a moment to tease one of his newer employees about setting his drink down in the wrong place, he does so with a grin and an elbow to my side.

For Haas, one measure of his success is that his team works like a family. “We communicate,” he explains, “we stick together.” The end result is a clever and tended-to balance between a functional and happy back of house, and satisfied customers. Haas, too, needs this balance to be satisfied.

Thanks to the somewhat off-the-beaten-path location of Haas’ North Vancouver operation, his customers have been choosing–in full force–for a decade to make the bakery a real destination. In a sense, then, this is what makes the bakery truly local.

And local matters to Haas. “Being local fits our DNA,” elaborates the celebrated artisan. “Local means a lot,” he adds, particularly when retail sales makes up the bulk of their business.

For his customers, Haas has to ensure that they are keeping the shelves and pastry cases stocked with what they want. When it’s time to pull something that isn’t working, it’s important that it’s not something that was really working for customers.

In a business that’s driven by consistency, Haas has certainly become known for his beautiful macaron, creative seasonal creations, his twice-baked croissant, and his simple but artful chocolates. Still, when you’ve mastered something, there’s still room for evolution, and a need to keep the creative spark glowing.

Haas sees himself as belonging to a more comfortable “middle of the road” realm between his industry’s purists and wild experimentalists. He’s pleased that what he and his team make hasn’t had to change radically, since it’s been done well to start, but while his philosophy has remained the same, his products do evolve.

Staying excited about creating chocolates and pastries is vital to Haas, all while maintaining his business. 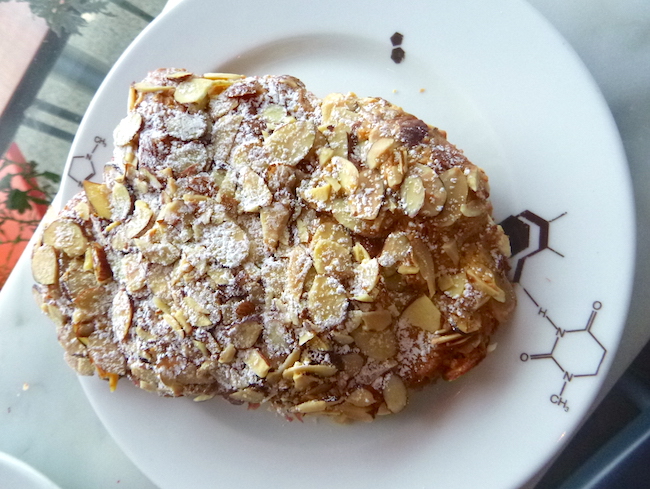 “After 10, 15 years you hit a plateau. You have to dig into deep into yourself,” explains Haas. “I know, 100 per cent for sure, that it’s the work and the people that drive me. The people are always the biggest reason,” he remarks, noting they bring so much joy and fun to the table.

Seeing the people he employs find the joy and freedom in creative expression reinforces Haas’ happiness, and inspires him to push himself to reconnect with his own creativity. “The work, you have to rediscover, you have to free yourself,” Haas reflects.

That’s why Haas says he’s got a corner of his bakery that’s his test kitchen, where, under lock-and-key, he taps into his passion, and works out new ideas. This helps him stave off being stale, or leading a work force of robots.

“You have to reinvent yourself, and work at it, so that you have that kind of passion still fuelling you of what initially got you there,” adds Haas.

Some things, however, aren’t going to change. Haas says he still feels there’s a self-directed rule regarding what flavours work, and that he plans to stick to those rules (so no mustard seed and wasabi chocolates will get made at Thomas Haas, for example).

What has changed over the last decade since Haas opened up is the humbling small world-ification that social media platforms like Instagram create in the pastry and chocolate community.  “You see you’re not the only one who does good work,” laughs Haas. 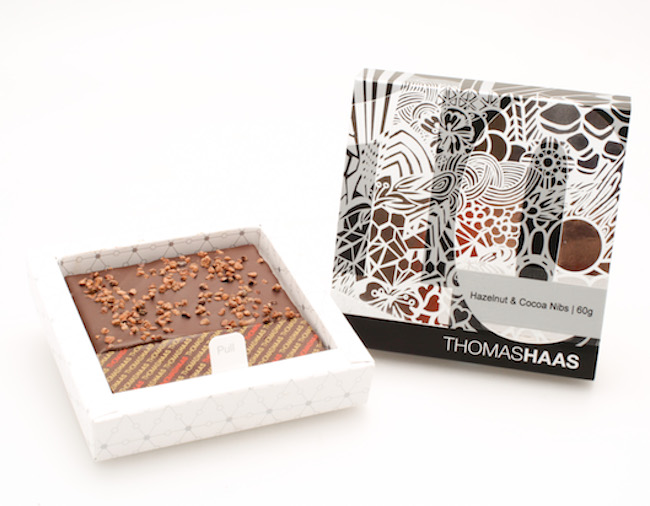 Seeing what his contemporaries around the globe are and have been doing inspires Haas to try and do more. “It gets me going, in a positive energy way,” he elaborates.

But out front, sipping London Fogs and pulling apart the golden, flaky layers of his croissant, are who really make Thomas Haas and his bakery a success: His customers.

So what does Haas want to be known for? “My wish and dream is that we would be known for that everything we do we do well.”

To celebrate 10 years in Vancouver at his flagship bakery and café, Thomas Haas is running a fun anniversary treasure hunt. Beginning Thursday November 19, and for 10 consecutive days, Thosmas Haas will stash 25 prize vouchers, spotlighting a different Vancouver neighbourhood each day. The vouchers, worth anywhere from $10 to $100 can be redeemed at either of his North Vancouver or Kitsilano cafés.

The fun really plays out on Instagram, though. Each ticket bearer then has the chance to enter the drawing for a grand prize trip with Haas to Belgium to learn all about chocolate. All the treasure finders have to do is take a photo of the ticket and tag @thaaschocolates with the hashtag #THAASx10. Even if you don’t find a hidden ticket, you enter by taking a photo Haas’ exclusive 10th Anniversary Chocolate Bar and sharing it on Instagram, tagging @thaaschocolates and the hashtag #THAASx10. Good luck!