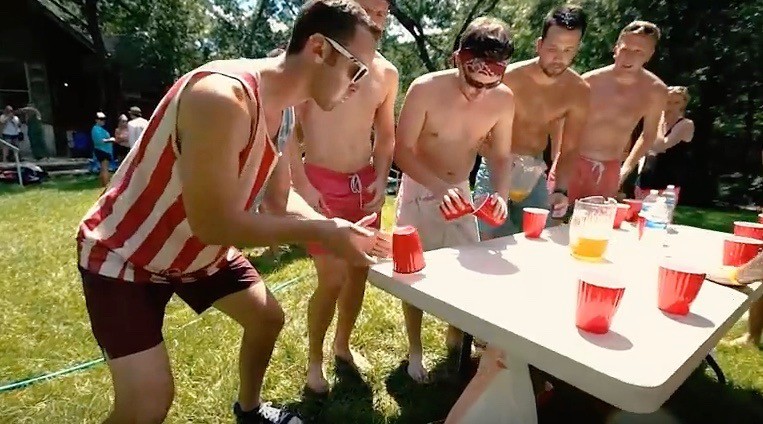 So you’re in university. Congrats.

Seriously. It’s an important step. It doesn’t mean you won’t move back in with your parents at some point (trust us) but that’s – arguably – an even more important lesson to learn.

So we thought we’d take a gander through the looking glass, assess a few things we’ve learned since living in a res room, and sum up the best way to help you live your oh-so-responsibility-free life.

We also promise not to be too condescending.

But let’s face it, we’re the older, more experienced you. We know sh*t while you’re still stuck thinking you know sh*t.

So listen up, us, we’ve got a few things to say.

You don’t have to drink all the drinks

Sweatpants aren’t for the classroom

We refer to a show that was sadly before your time and for which you are all the worse for having not seen:

Laundry should be a weekly, not monthly, activity

Don’t smell. And don’t wear things that smell. It doesn’t help your game in any way, shape, or form.

Avoid debt as much as you can

That doesn’t mean you won’t have debt, it means avoid it when you can. Like, you don’t need to order bottle service so a few people will think you’re a baller. You’re not a baller. And that’s a good thing.

Stay out late, party, skip a few classes – sure. But absolutely, under no circumstances, allow yourself to fail a class. It will seriously f*ck you over. Anything is better than an F.

On that note, attend. As much and as often as you can. We know it might seem super boring now but it turns out getting a handle on macro economics actually does help you later on in life. As does knowing how many (and where) Canadians fought and died for you to be able to skip a class ’cause you met a cute girl at the bar last night.

You’re pent up with a lot of sh*t right now. You’re 19 and the world is going to be mean and impossible a lot. Talk to someone about it. Pressure is a very real thing and so are nervous breakdowns.

The Freshman 15 is very, very real

And it takes more than a year to come back from it.

Don’t be that hermit who spends more time in front of their computer screen than meeting people IRL. You’re surrounded by more interesting people your own age than you ever will be again. Go for a walk. Find them. Talk to them. You won’t regret it.

You’re spending (at least) four years in this place. Get to know it beyond what campus and the bars look like. If it’s anywhere in Canada, we promise it’s worth exploring. Our towns and cities are cool as sh*t.

You really will make some lifelong friends

And it’s the best. So don’t be a dick to them or you’ll have no one to hold your hair back when the tequila gets tough.

In fact, don’t be in a relationship at all. You’re 19, it’s not going anywhere. This is your chance to have fun, gain some experience, play all the fields there are. Just stay safe, make smart decisions and have a hell of a lot of fun.

Enjoy the drinks and weed and shrooms, but don’t damage your brain. You’re going to need it later. As a side note, no one thinks you’re as cool on coke as you think you are on coke. Keep that in mind.

None of this really matters

At the end of the day, nothing you do (hopefully) will make or break you. It’s a great learning experience. So sit back, relax, enjoy the ride, and keep in mind that as long as you don’t f*ck up too much you’ll be back living in your parent’s house in no time.