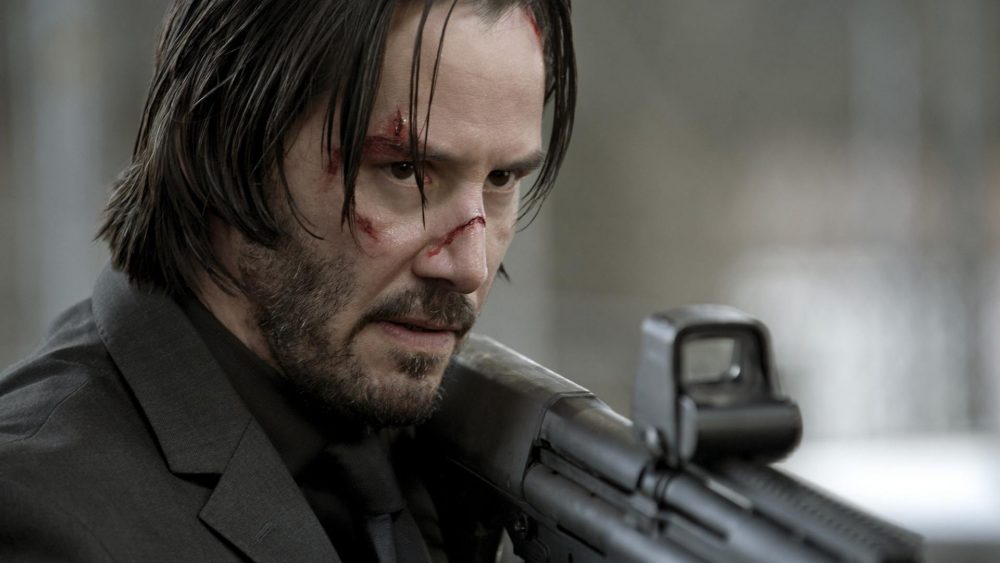 It’s beginning to look a lot like Christmas, which is code for lay on the couch, wrap yourself in a blanket, and watch Netflix.

Grab your hot chocolate (with or without Baileys), turn on the fireplace, and zone out to some of these Netflix gems that we’ve wrapped so nicely as a gift from us to you.

For the Love of Spock

Adam Nimoy directs a documentary that celebrates the life of his father Leonard Nimoy who is best known for playing Star Trek‘s Mr. Spock. Originally, this doc was meant to be a celebration of the 50-year anniversary of Star Trek: The Original Series, but after Leonard passed away back in 2015, the documentary shifted to a more personal story about Adam’s relationship with his father.

This film is chock full of interviews with friends, family, and colleagues along with lots of never-before-seen footage of the TV icon. Check this out, it’s only logical.

‘Tis the season for action films, and John Wick is one of my faves. Although this came out back in 2014, the sequel is set to hit the big screen on February 10, 2017.

So if you haven’t see the original action classic about an assassin coming out of retirement to seek revenge on Russian mobsters who messed with his dog, now’s your chance. This has a pretty high body count which is perfect for peace on earth and good kill…er will towards men.

Netflix continues to pump out some great comedy specials. But the “comedy stylings” of Reggie Watts is pretty abstract. He’s not everyone’s cup of tea. But there is something great about watching improvisational comedy in the same vein of Eddie Izzard, just a bit weirder.

If you were a fan of season one of the Full House reboot, then you probably already know that season two of Fuller House is set to premiere on December 9. Have Mercy!

This new series continues the rebooted story about the Tanner girls who live together raising their kids in the same house they grew up in. Of course, some of the original uncles make an appearance along with a few cameos like New Kids on the Block for full ’90s nostalgic cheese. Cut. It. Out.

Remember Mythbusters? Well, three members of that show (sans Adam Savage) – Tory Belleci, Kari Byron, and Grant Imahara – are back but this time they’ve brought their scientific sleuthing skills to Netflix and are calling it the White Rabbit Project. This new unscripted original series delves into the coolest tech, the weirdest weapons, and the craziest escapes. Yeah, science!

This will appeal to the Making a Murderer crowd or anyone who likes great crime documentaries. This docuseries comes from award-winning producers Simon and Jonathan Chinn who shine a spotlight on hostage situations as well as kidnapping negotiations from around the world. They tell the stories of these horrific circumstances over eight episodes.

I have to include one of the biggest and best movies of 2016. Sure, it might not win any Academy Awards, but it’s one of the best films in the Marvel Universe.

In this latest comic book adaptation, Iron Man believes that the Avengers and other Super Heroes, in general, should be kept in check through government oversight. Meanwhile, Captain America says damn the man and believes that heroes should be able to have the freedom to defend humanity without government interference. A line is drawn in the sand and we get Civil War!

The poor ol’ USA is about to start the Donald Trump era, but let’s not forget about Barack Obama who was the President we all wanted. We finally get our first, of what will probably be many, biopics of the soon to be former President of the United States.

In the film Barry, we see Obama in his early days as a college student in New York City as he tries to forge his own identity and deal with race. This played at the Toronto International Film Festival and got positive reviews so it’s worth checking out. Yes, you can!

This is a new animated series from the mind of Guillermo del Toro. Trollhunters tells the story of friends who come across a mysterious world underneath their town. This is a Netflix original series, which has family hit written all over it. it’s also got some fantastic voicework with the likes of Ron Perlman, Kelsey Grammar, and the late Anton Yelchinlending their vocal chords to the proceedings.

Hunt for the Wilderpeople

This was one of my favorite comedies of the year and I’m glad to see it’s on Netflix. It’s about a kid named Ricky who was raised on hip-hop and foster care who finds himself getting a fresh start in the New Zealand countryside with a loving couple he eventually calls Aunt Bell and Uncle Hec. However, when a tragedy strikes that threatens Ricky’s new life, both he and Hec go on the run from authorities. Give this odd comedy a go, it’s a great mix of laughs and heart.