The Fair at the PNE begins Saturday, August 22 and runs until Monday, September 7. The annual event will bring over 50 rides and attractions to PlayLand, dozens of food stands, spectacles and exhibits for all ages.

Unique this year is the first ever never-before-seen Beatles Memorabilia Exhibit and Broadway’s Peter Pan starring legendary Cathy Rigby. The Summer Night Concert series will wind down each night with international performers of every genre, including The Beach Boys, Colin James, Christina Perri and Colbie Caillat, Boyz II Men and many others.

Vancity Buzz got a sneak peak at what the 2015 PNE has in store, and we’ve narrowed down 10 cool things you can only find at The Fair. 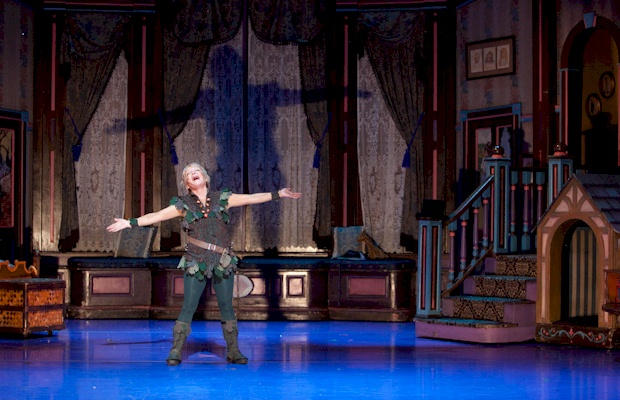 Image: The Fair at the PNE

Olympic gymnast and Tony-nominated performer Cathy Rigby has come out of retirement to fill the small shoes of Peter Pan once again in this season’s production of the Broadway hit, only at The Fair at the PNE. The show will perform nightly at 7:30 p.m. at the Pacific Coliseum and is free with admission. Reserved floor seating can be purchased in advance online. 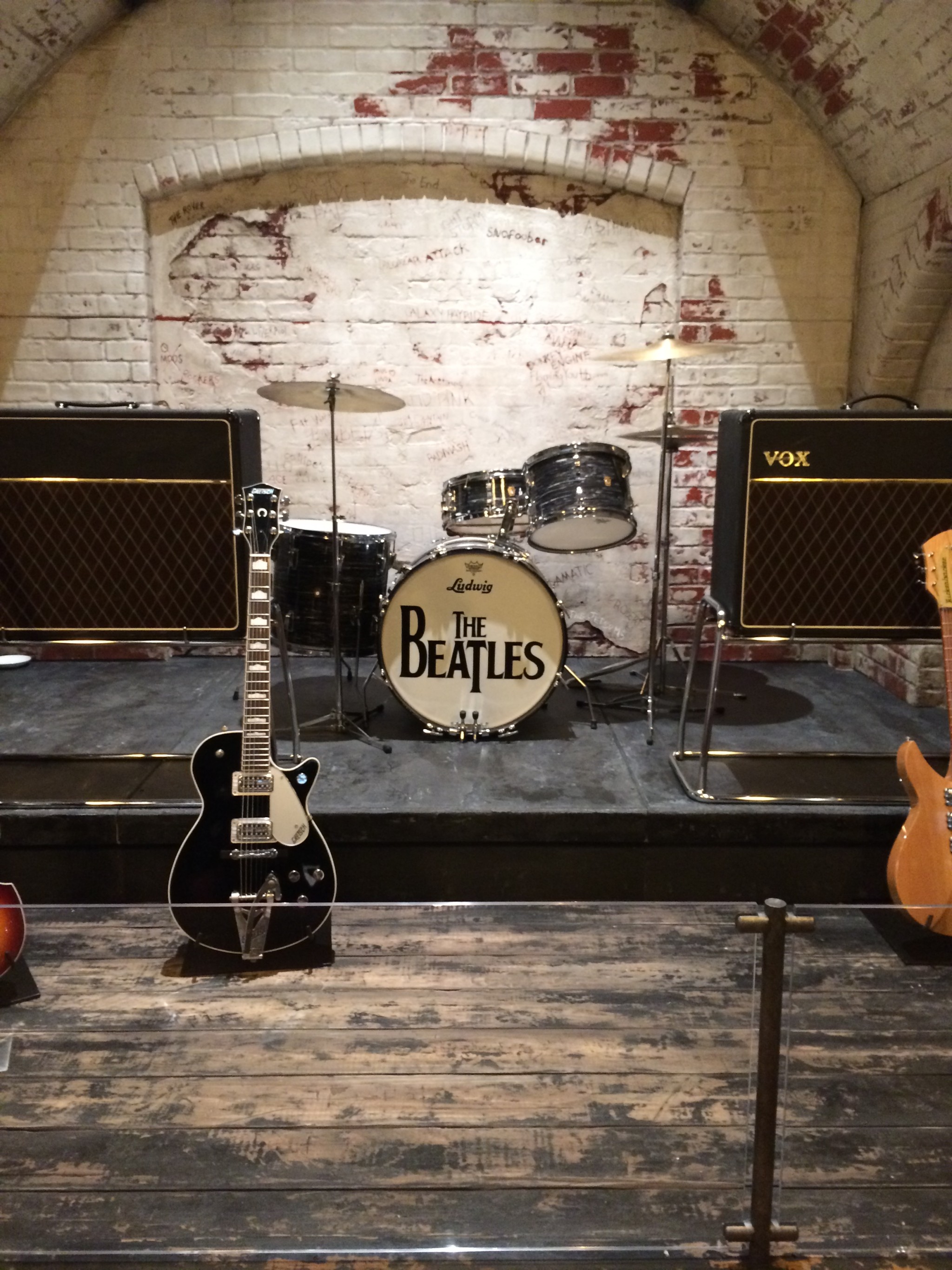 Hundreds of items from the world’s never-before-publicly-seen Beatles memorabilia collection, on loan from some of the world’s biggest private collectors, will be featured in a first-of-its-kind exhibition. Fair goers will see John Lennon’s psychedelic Rolls Royce, the ‘breakup letter’ dissolving the Beatles, Curt Gunther’s 1964 behind-the-scenes tour photos and more. Entrance is $3. 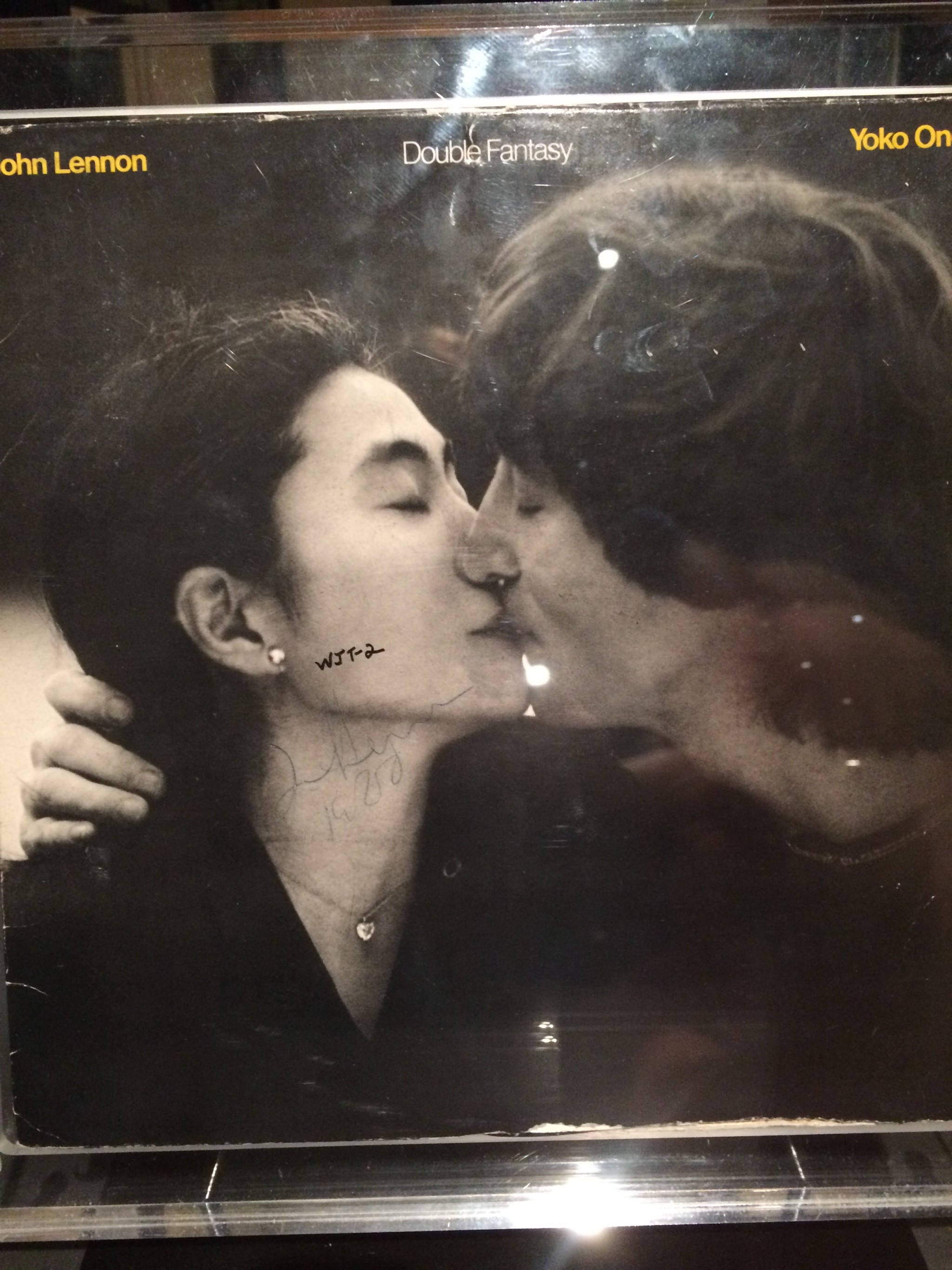 One particular item in the Beatles exhibition will especially interest music and history buffs. The ‘Chapman Album’, the album signed by John Lennon to his eventual assassin Mark David Chapman right before he was shot. Chapman shot Lennon and threw the album in a shrub nearby, where it was later recovered by police and kept in evidence for decades. This is the first time anyone in public will have seen the album which features the signature and a police ID number.

4. Dennis DeYoung: The Music of Styx

The PNE’s most recent announcement revealed Dennis DeYoung, front man of Styx will be bringing the band’s popular music to the stage September 2. Like all Summer Night Concerts, DeYoung’s performance will be free with admission or you can purchased reserved seating in advance for $20 online. 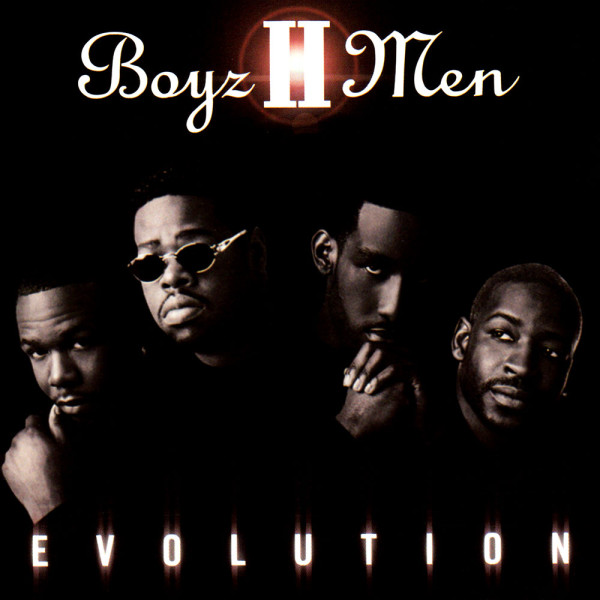 For a great 90s throwback experience, don’t miss the Boyz II Men performance on Thursday, September 3 part of the Summer Night Concert Series. There’s nothing like some a cappella ballads to close out an evening at The Fair. 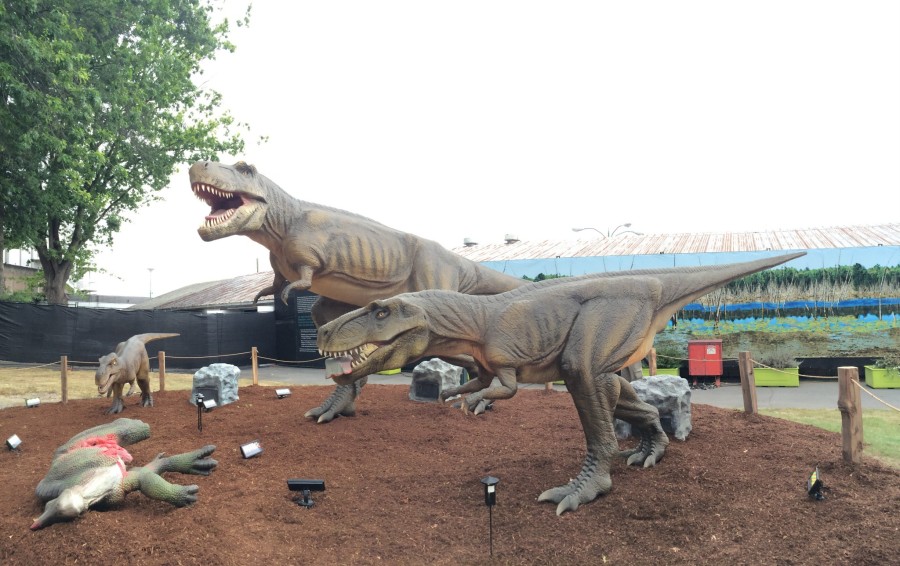 Kids and all ages will likely marvel at the outdoor display of animatronic dinosaurs from all over the world just outside the Pacific Coliseum. Moving and roaring like lifelike beats, these displays offer 13 different kinds of dinosaurs that once roamed the earth millions of years ago. Don’t worry – they don’t bite. 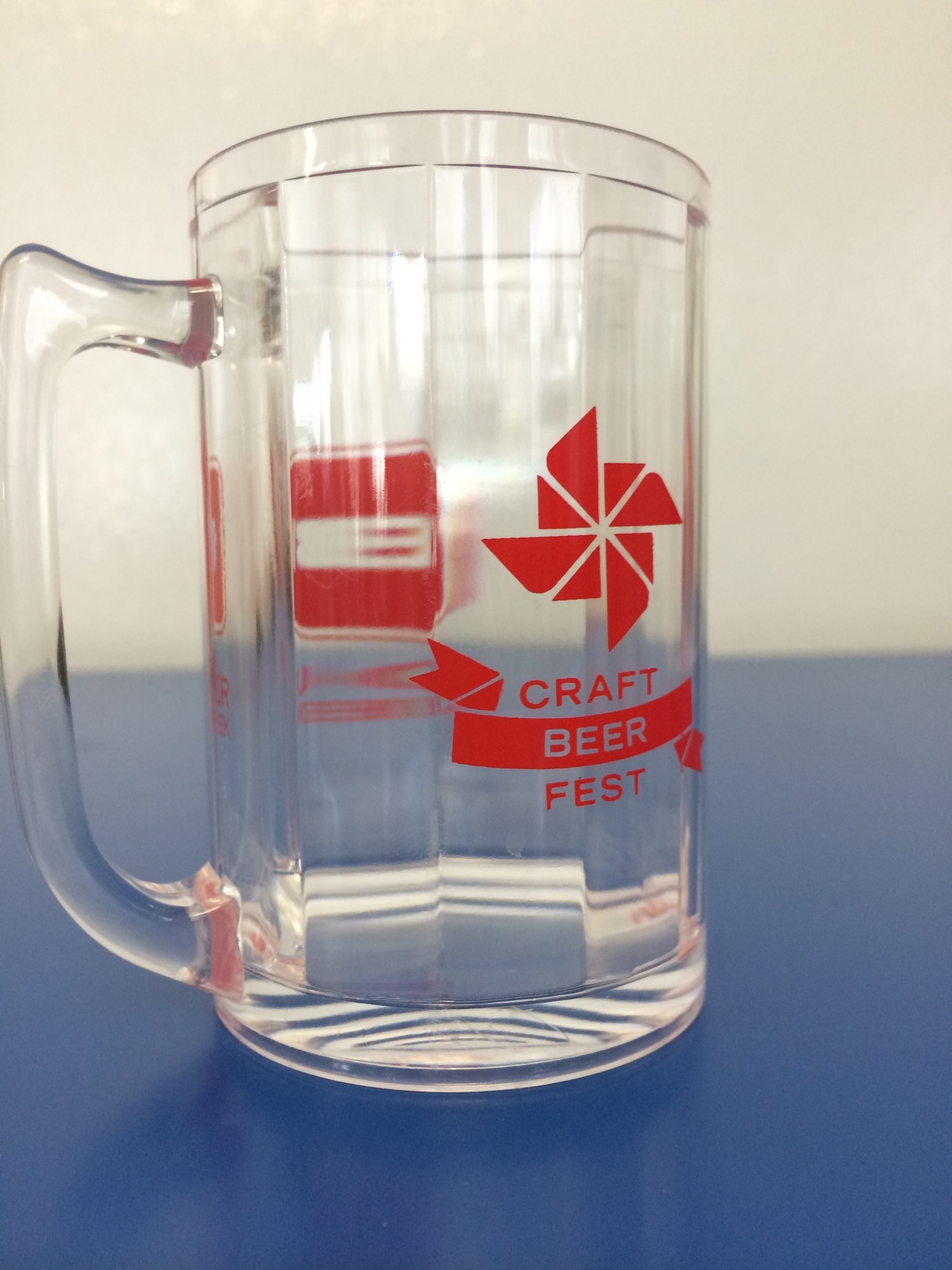 New for this year is the Craft Beer Festival presented by Vancouver Craft Beer Week. Twenty local craft breweries will serve up some of the best beer in town. A total of 40 vendors will appear throughout the Fair with the first 20 featured between August 22 and 30 and the last 20 between September 1 and 7.

8. Superman, The Hulk, Ironman, Batman and more at the Superhero Discovery Centre 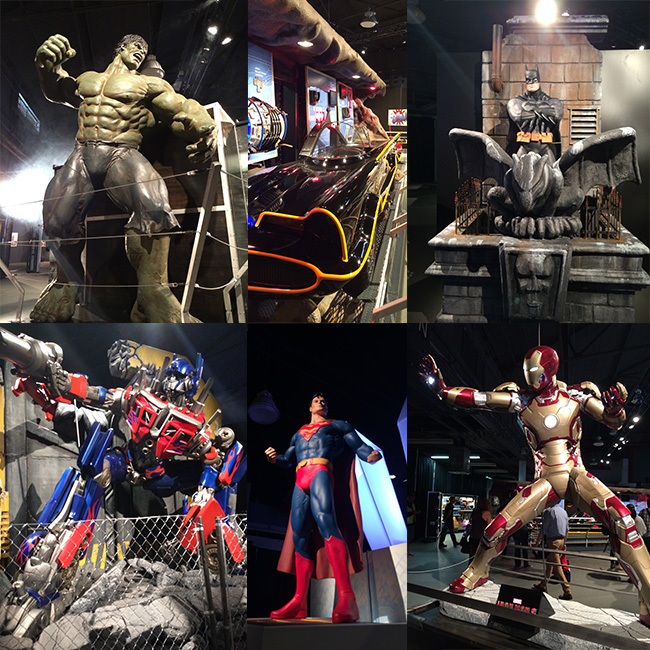 Fans of superheroes and comic books will get a hands-on display of what makes a superhero tick with displays on special abilities, gadgets and other amazing elements. Supersized models of Superman, Batman, Ironman, the Incredible Hulk as well as a replica of the 1966 Batmobile are all part of the fun. 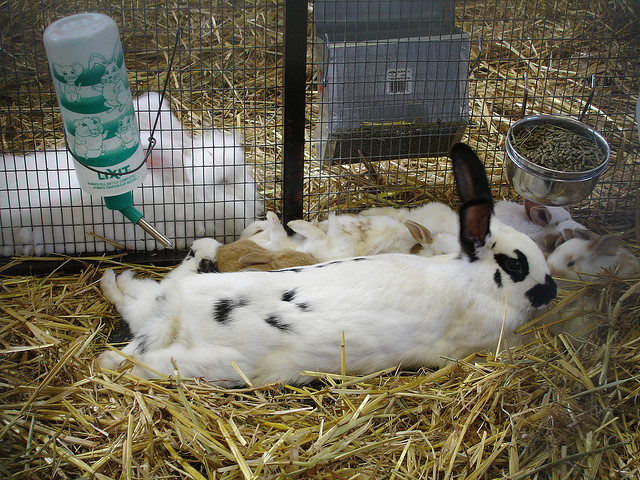 One of the longest running and most loved exhibitions at The Fair are the barn yard animals showing off how cute they are up close. Giant cows, little baby ducks, pigs and other farm animals are all there for the viewing.

10. Dashing for donuts at the PNE 5K Donut Dash 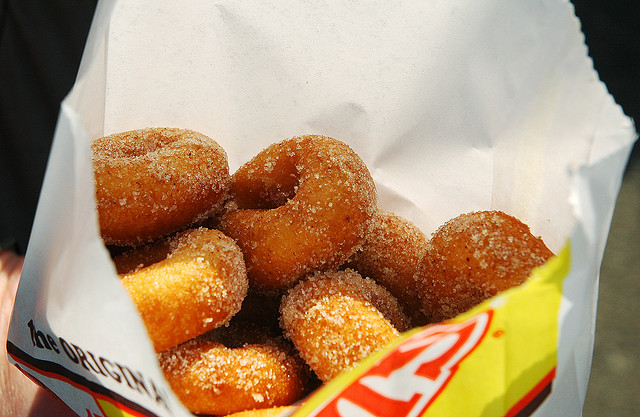 On Sunday, August 23, runners and joggers will dash around the PNE fair grounds with the incentive to indulge in tasty treats along the way. The PNE Donut Dash 5K is the inaugural athletic event for the PNE and runners will be treated to mini donuts (of course), cotton candy and more. Registration includes a t-shirt, race bib, finisher’s medal and free admission to The Fair on Sunday. A total of 1,400 people have already registered – now they just need cheerleaders!