So you’ve savoured Icelandic dried fish snacks, hung out at Hallgrímskirkja church and drank until dawn in Reykjavik. What now?

From gushing waterfalls and glistening ice lagoons, to sea caves and hot rivers – here’s a gorgeous guide of what to do with the rest of your stopover in south Iceland. 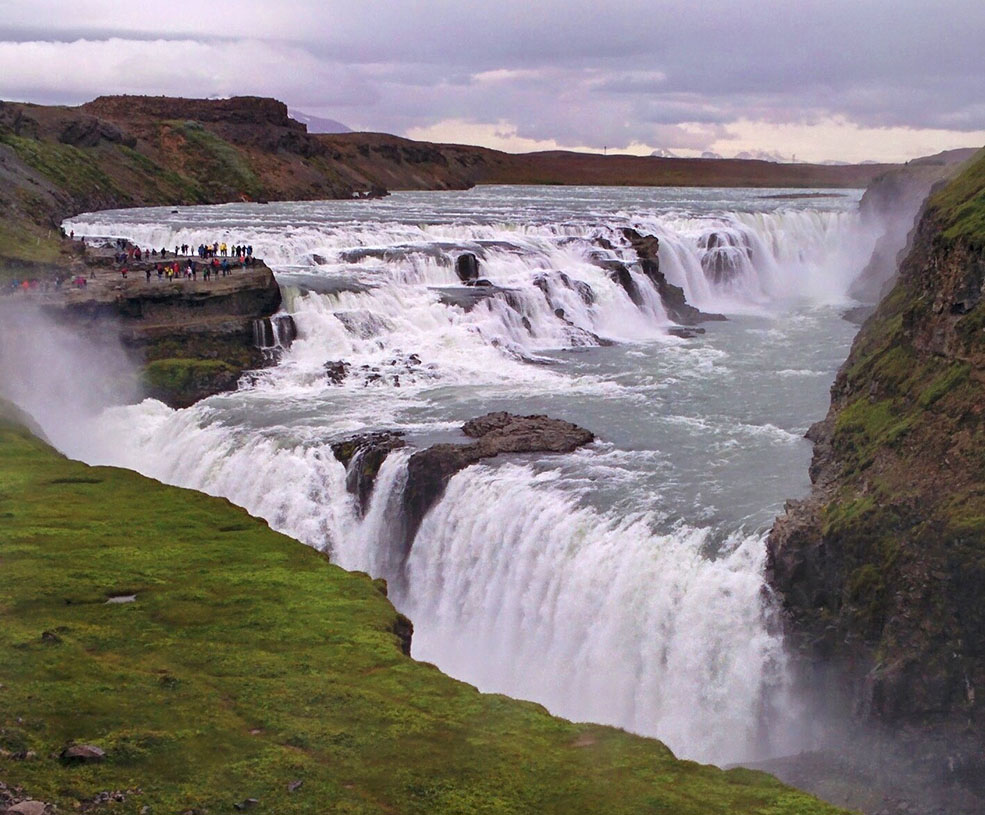 Explore Iceland’s crazy landscape all in one day. Start with a walk between the tectonic plates pulling Iceland apart at Thingvellir rift valley – coincidentally also the location of Iceland’s first Game of Thrones-style parliament more than 1,000 years ago.

Then it’s onwards to Geysir, where the smell of rotten eggs wafts across a spooky field of hot springs, and Strokkur shoots boiling water high over your head, every 10 minutes!

Finally, edge along the precipice at Gullfoss, the Golden Waterfall, one of Europe’s biggest – and loudest – falls, spilling 140 cubic metres of water every second. Magic.

Hike across an interstellar glacier

Feeling crazy adventurous? Want to see a Viking hack out an ice staircase using only a pick axe?

Get yourself to Svínafellsjökull glacier in the Skaftafell area of Vatnajökull National Park. Go for a surreal guided hike, and let this glistening alien land of huge water cauldrons, deep, dangerous crevasses and blue ice caves blow your mind.

Looking through the eye of an ice cave on Svínafellsjökull glacier / Image: Jenni Sheppard

Walking on a glacier is one of the coolest things you will ever do. And that’s before you realize Christopher Nolan hired out the whole glacier to make the movie Interstellar.

A glittering lagoon brimming with ethereal icebergs… Jökulsárlón is more dream than reality. This gorgeous lagoon is the product of massive chunks of ice which calve off Iceland’s biggest ice cap and float downstream.

Ply the glacial waters on one of the regular tour boats, float past huge pillars of blue ice, streaked with volcanic black ash, and remember, this whole lake was frozen for filming of Die Another Day. 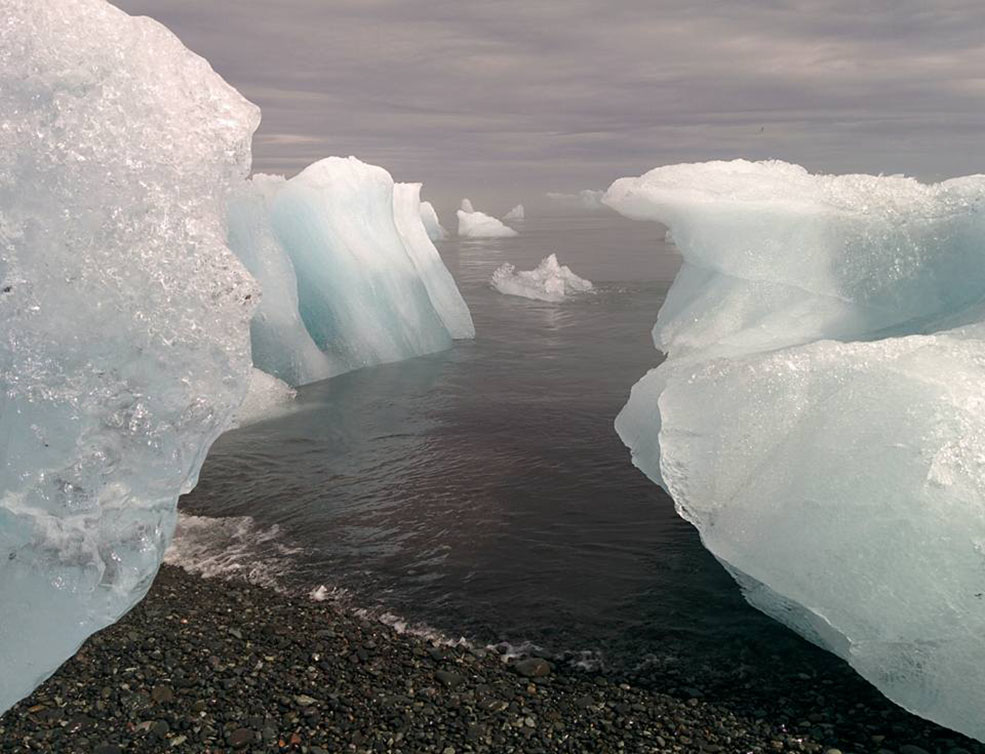 Secret tip – walk to nearby Diamond Beach, where white icebergs wash up on black sand, creating a jaw-dropping maze of melting ice statues.

Hang loose in a hot river

Incredibly, if you’re up for a hike, you can take a dip in a hot river, only metres from bubbling mud pots, in a remote valley near Hveragerði.

The uphill trail to the river can be tough, but turn that final corner, and you’re in the land that time forgot. Watch your footing as the trail edges around a geothermal field full of boiling mudpools before getting to the river, where bathers have even set up a boardwalk.

What better way to recover from the hike than letting the warm waters of a hot river wash over you? Bliss.

But at Dyrhólaey outcrop and nearby Reynisfjara beach, you’ll be astounded by their sheer numbers, as their plump little bodies soar overhead, fighting breathtaking winds to land on the cliffs all around you. 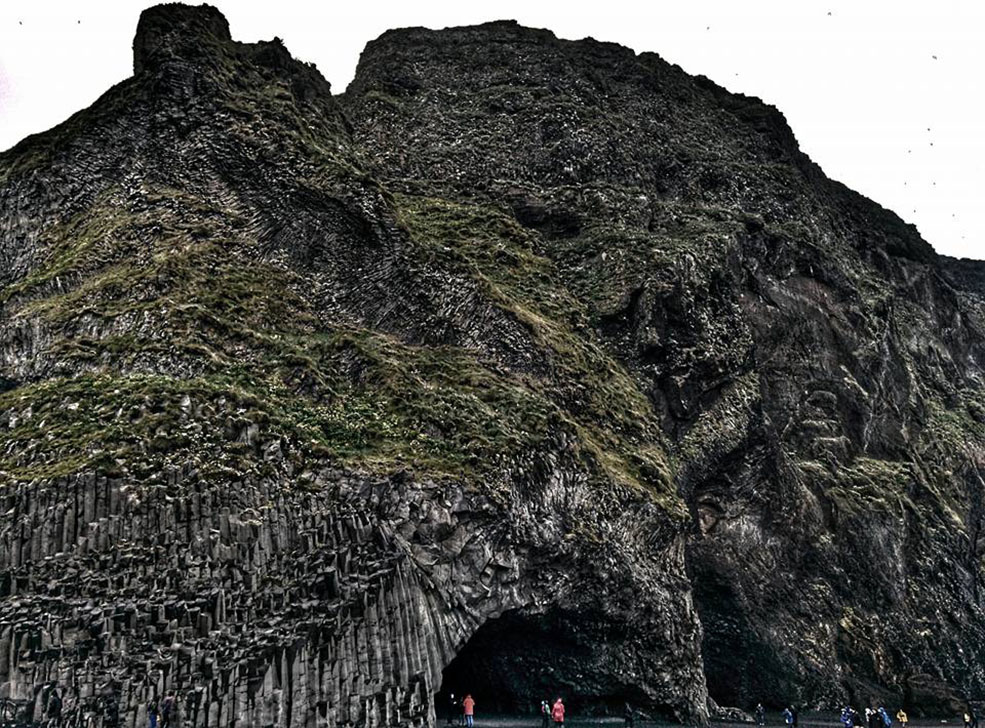 Handily, down at Reynisfjara, you can always take shelter in its sea cave, an elegant patchwork of hexagonal basalt columns – and fitting respite from the tempestuous Icelandic weather.