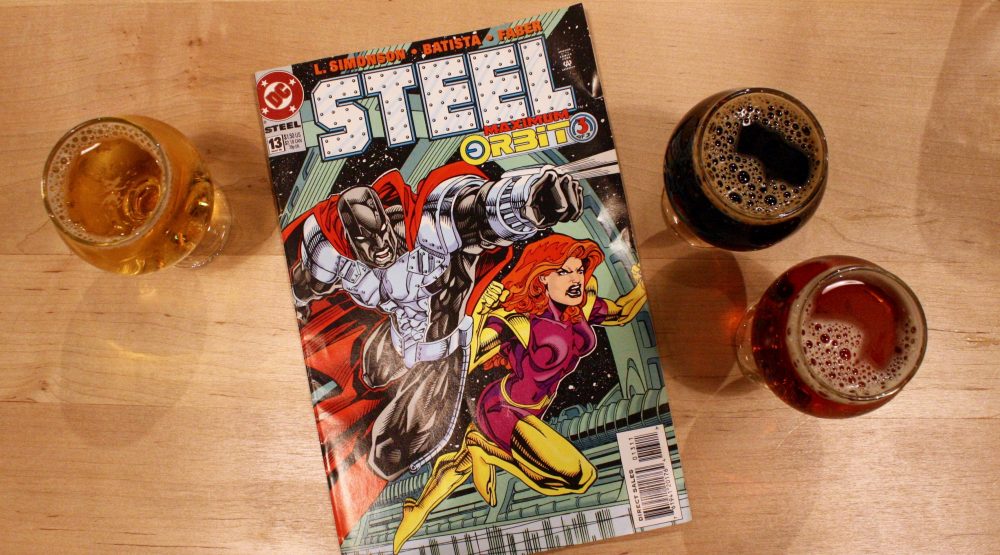 While Disneyland may be the first thing you think of when you hear Anaheim, it’s definitely not the only reason to head to this sunny Californian city.

Located in Orange County, just under an hour’s drive from Los Angeles, Anaheim is known for its rich history of growing citrus fruit, producing wine, and attracting a population of residents from all over the world, which has in turn developed a stellar culinary and beverage scene in this region.

Even though Mr. Disney may have put this city on the world map with his theme park, there’s a plethora of experiences to be had in Anaheim that have nothing to do with Mickey and his Magical Kingdom.

Here are four things to do in Anaheim that aren’t Disneyland.

1. Head to some breweries 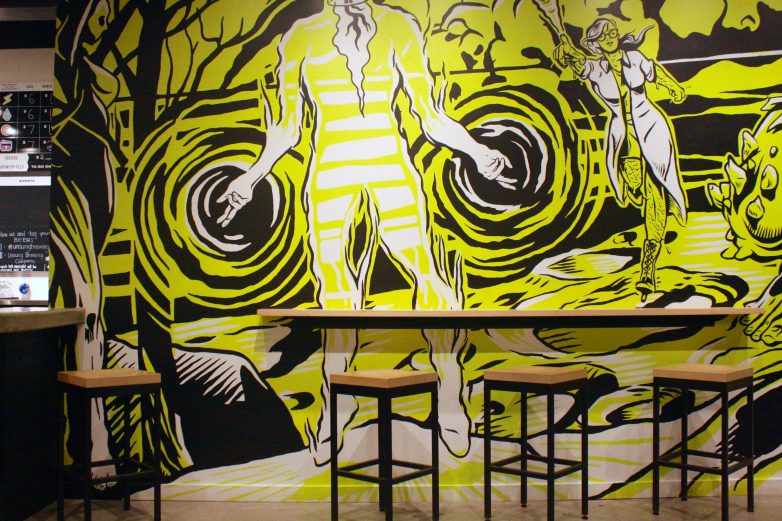 Thanks to some long-awaited liquor laws surrounding production easing up in Anaheim in recent years, the city is well on its way to becoming a must-hit spot for beer connoisseurs looking to get a taste of the OC.

Breweries like the Unsung Brewing Company have opened the doors to their tasting rooms to let locals and tourists alike enjoy the fruits of their labour. The concept for this comic book haven/brewery hybrid was born out of owner Mike Crea’s love and strong interest in both subjects.

Each brew from Unsung is named after a different protagonist who’s title has been influenced by ingredients in the beverage. Take ‘Buzzman’ for example: a crisp, light ABV brew that was inspired by the Lawnmower Beers of the Midwest – AKA a beer with a jolt of caffeinated bitterness.

Heading to spots like Unsung to enjoy a tasting flight and a classic comic is a great option for those in Anaheim looking to try something new. 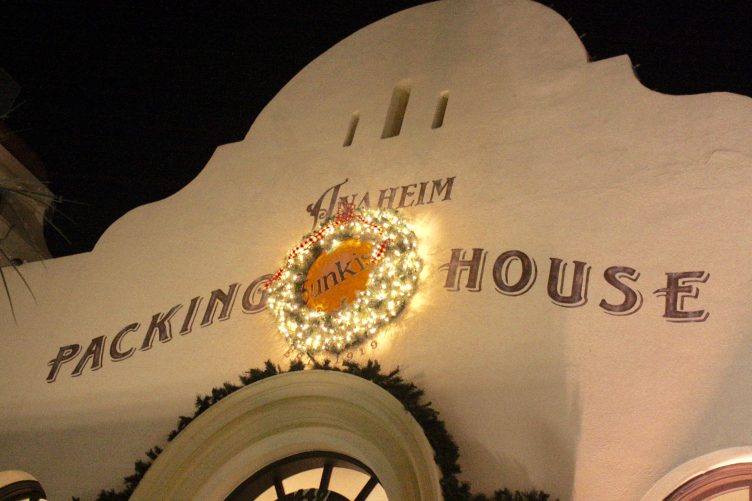 The Anaheim Packing District is one of the best places to head when you’re in need of a killer cocktail, a delicious meal, or a nostalgic dose of historic Anaheim.

This communal gathering place is in the heart of downtown Anaheim. The district includes three main areas: The Packing House, which is comprised of over 20 eateries and bars, the Packard Building, a 1920s historic commercial building, and a two-acre Farmers Park which features a redwood boardwalk, community gardens, and an olive grove.

The Packing House is the former Sunkist citrus packing house originally built in 1919. The building has now been renovated and reconfigured to be a foodie paradise.

A place with history and even some opportunity for some shopping, this spot is open daily at 9 am for breakfast, and while individual restaurant’s hours vary, many of the bars in the Packing House are open until midnight, making it a great venue to head for a dinner and a drink before a night out. 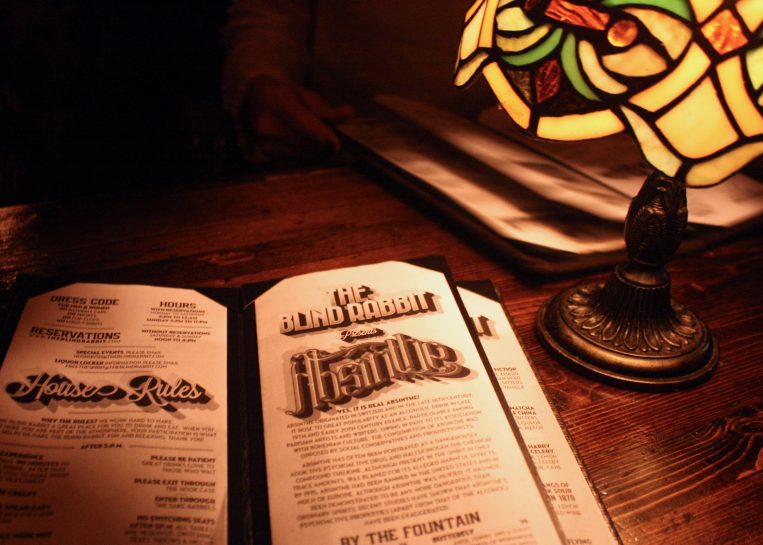 When you step into the building you’re faced with two floors packed full with vendors providing every kind of cuisine you can think of – everything from authentic Mexican to down-home Southern cooking. Aside from various dine-in options, the Packing House has numerous grab-and-go street style foods and desserts, but one of the best parts of this space is a bar you can’t spot right away.

The Blind Rabbit is an exclusive speakeasy that can only be entered through a hidden doorway. This joint serves specialty cocktails and bites in a 1920s-style atmosphere that will make you feel like you’re living during the prohibition. 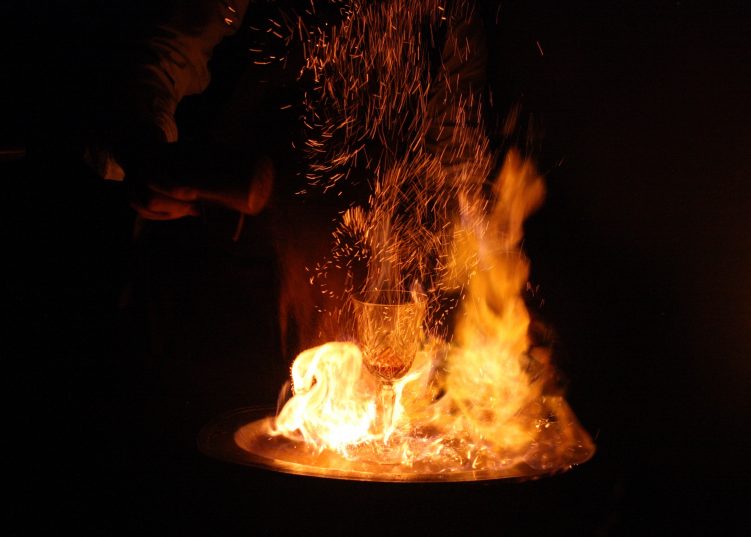 With ‘House Rules’ like minimal PDA and no cell phones (yes – we low key broke the rules with our photography), this dimly lit, smokey-smelling haunt is a one-of-a-kind venue. The bartenders here dress in garments commonly worn in the ’20s and they make drinks using mind-blowing mixology techniques including bursts of fire.

You need a reservation to enter The Blind Rabbit, which can be made online, or else you’ll be left on the outside of the trick wall – but it’s worth it to plan ahead and experience this place, which is just one of the many hidden gems located in the Anaheim Packing House. 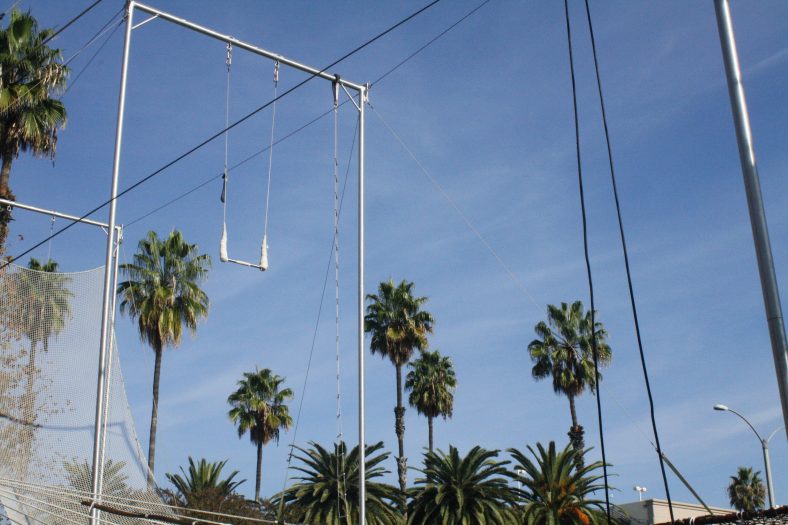 California is home to Hollywood, which is one of the biggest communities in the world for the performing arts, so it makes sense that the OC’s first and only Trapeze school operates right in the heart of Anaheim.

SwingIt Flying Trapeze offers a dynamic, physical experience like no other for brave trapeze first-timers looking for circus and acrobatic classes.

Fly from the trapeze bars against the backdrop of the sunny palm-tree filled skyline and you’ll feel like you’re headed straight for Cirque Du Soleil. This is no cake walk, and it takes some courage to step off the edge of the platform, but once you’re flying it’s like being a kid again – and if you fall there’s a giant net and experienced operators to catch you. 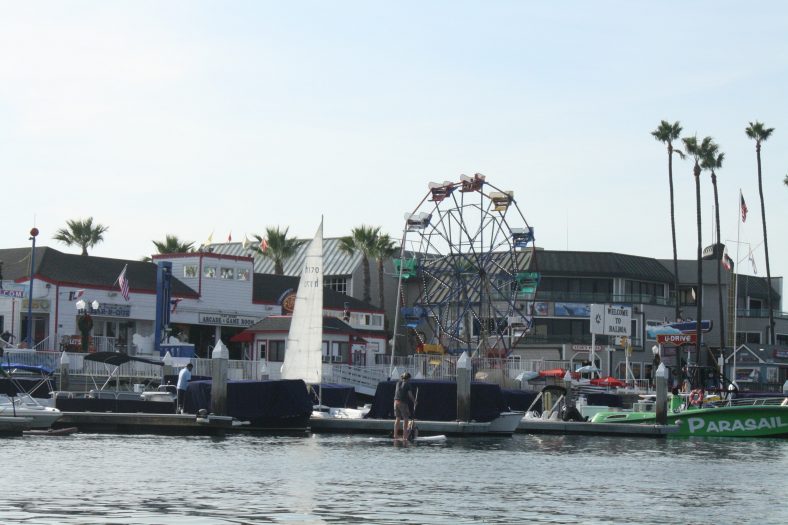 If you loved The OC as much as we did then heading to Newport Harbor is a must during your trip to Anaheim. Even if you weren’t a fan of the the coming-of-age TV show, it’s worth the 30-minute drive to this picturesque spot for a day trip.

Newport Harbor is the largest recreational boat harbor on the West Coast, and beachgoers can take part in water activities such as kayaking, stand-up paddle boarding, and boating during their visit.

Choose to peruse the public beaches by foot or opt to take an electric boat tour of the shore from tour providers like Duffy Electric Boat Rentals. If you choose the latter, chances are you’ll spot a celeb, their home, or at the very least, someone with a mind-bogglingly large yacht.