The world celebrated several firsts this week, from landing a spacecraft on a comet to creating a vast marine reserve in Central Africa. Political tensions continue to ensue, skeletons from past wars have finally emerged from the closet and it would appear that our efforts to curb everything from overpopulation to terrorism and conflict are simply not as successful as we would hope – but let’s see what next week brings.

After landing with a nail-biting bounce, the European Space Agency made history on Wednesday by successfully landing the first spacecraft on a comet. Given that even the most minimal error would have resulted in a failure of this attempt, the ESA has accomplished an incredible feat. Rosetta and Philae will accompany the comet as it becomes increasingly active, and the insight will hopefully allow researchers to test the theory that comets played a key role in evolution of life by bringing water and organic matter to Earth billions of years ago.

A top NATO commander has identified Russian troops, tanks and artillery entering Ukraine this week. “There is no question any more about Russia’s direct military involvement in Ukraine,” he said. NATO’s Secretary General has said this is a direct threat to the ceasefire, which has led to speculation that Ukraine is now preparing for an all-out war. Russia has long been suspected of being behind the violence in Ukraine since the annexation of Crimea, and has now been called on by international bodies to uphold the Minsk ceasefire agreements. 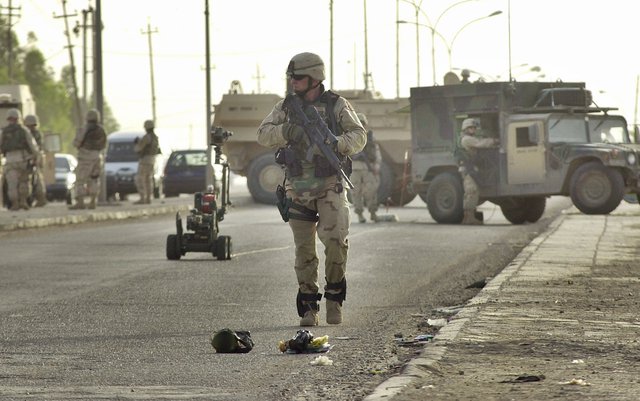 An investigation by the New York Times revealed last month disclosed 17 cases of American service members that were injured by sarin or a sulfur mustard agent in Iraq. While the troops did not find active weapons of a mass destruction program during their service, they did encounter degraded, hidden chemical weapons from the 1980s. After the investigation was published, more have come forward with their stories.

Now, the Pentagon has officially acknowledged that over 600 service members reported their exposure to military medical staff members, a concern that was often buried and has been concealed from the public.

On Wednesday, Gabon’s president announced that their decision to “create a network of marine parks covering about 23 per cent of Gabon’s territorial waters and EEZ (exclusive economic zone), within which no commercial fishing will be allowed.” This area will cover over 46,000 square kilometres and protect outstanding marine life such as humpback whales, more than 20 species of sharks, whales and dolphins, the world’s largest leatherback turtle population and more. The move is the first of its kind in the region.

5. Saudi government denies it may lift ban on female drivers

On Saturday, the Associated Press (AP) had reported that the Saudi advisory council had recommended easing the existing ban on women driving – to which the head of the Shura council replied saying the report was “misinformed.”

A secret session was allegedly held in the past month, where it was suggested that only women over 30 would be allowed to drive (with permission from a male relative) within restricted hours, and they would only be allowed to do so if they dressed conservatively and wore no makeup. The legitimacy of the report still remains unknown.

On Monday, a suicide bomber dressed as a student caused a blast in Nigeria’s Yobe state town of Potiskum, killing at least 46 students during the school’s regular morning assembly. Boko Haram is thought to have carried out the attack, as the group has been targeting schools for the past few years. Police are still carrying out their investigation of the bombing.

On Thursday, researchers reported in the journal Science that the frequency of lightning flashes could increase by 50 per cent across the continental U.S. over the next century. The researchers said their findings suggested that lightning strikes would increase by 12 per cent for every degree of the earth’s warming, which is not good news for wildfires. However, while more lightning means more ozone, lightning strikes also produces nitrogen oxide, which can indirectly reduce levels of methane. Last Saturday, 83 women under the age of 32 were operated on within five hours at a health camp in central India – a mass sterilization scheme that is part of the government’s efforts to curb overpopulation. The women then suffered vomiting and steep falls in blood pressure which led to the deaths of 13, who were victims of either blood poisoning or haemorrhagic shock. Fifty women still remain hospitalized, and police have detained RK Gupta, the doctor responsible for the surgeries.

9. New UN report says LRA abductions are on the rise in Central Africa The UN has released a new report stating that Uganda’s Lord’s Resistance Army (LRA) has abducted 432 people this year, a figure indicating a “steady increase” in the number of abductions over the years. Children are usually captured and forced to work as sex slaves, fighters or porters. According to the report, LRA has killed more than 100,000 people and kidnapped more than 60,000 children in nearly three decades of attacks. The US Department of State is offering a $5-million bounty for information leading to the capture of rebel chief Joseph Kony, who is wanted by the International Criminal Court.

10. Fossil discovery in Alberta believed to be new dinosaur

Fishermen along Castle River in southern Alberta have uncovered a potentially new species of dinosaur, possibly a hadrosaur (a duck-billed dinosaur) that would have roamed Alberta about 80 million years ago. It is believed that the flooding in the region in 2013 dislodged the fossil, which now opens the area up to more potential discoveries. The fossil will be studied over the next year at the Royal Tyrell Museum.