Theory of a Deadman, remember them? If only my angst-ridden teenage self knew that one day I would be interviewing a member of the band and not just crying about high school drama and singing along to Santa Monica, on repeat. I would never have left you Tyler… Good thing I’m an adult now, because it gets better.

I was led backstage to a room with a couch, and upon that couch lounged guitarist, Dave Brenner. We struck up a conversation like old friends and for a moment I forgot that I actually had to ask some direct questions. I usually don’t like to plan ahead, and this is precisely why – when it comes to interviews, with very little, so much can happen. Did I have a reason for being there? Of course, it was to GET SOMETHING to give to you. Did I anticipate what that would be? Sure, perhaps a chat about their show, a couple of things about what the band is trying to do, a bit of blah blah and I would be on my way. I was tired and I had just jogged for an entire rap song, right down to the last gunshot. Instead, I am reminded why sitting with someone and just talking is so important. Why you should put down your phone, erase the questions you thought you may ask, throw out any notion you have of who this person is or what they may be thinking and just talk. So here it is, a good conversation.

I hadn’t worked out in months and decided that I would jog to my interview with Dave. As a bonus, to protect myself against the cold, I wore a hat that made me look like a Russian guard, hopefully to help deter from the fact that I was wearing old runners and worn out jogging pants.

Dave: I like your hate, it reminds me of Russia, and we just got back from Russia.

Nicolle: Well I figured I would run here…

Dave: Ya, women buy treadmills and then they don’t actually use them anyway.

Nicolle: When I was in University there was a gym in my building, right on the floor above me, so I thought I would go all the time…I went twice.

Dave: Motivation is hard… these guys in the band, they are going to the gym everyday and I feel like it’s making me look bad. They’re always going to the gym, and I’m waking up, smoking a joint, it’s 8 a.m. and I’m like ‘what are you doing?’

Nicolle: I feel you, sometimes when I wake up my first thought is ‘okay, how many hours until I can go back to bed?’

Dave: Well naps on the road are the best thing in the world.

Dave: I listen to the same shit I listened to when I was 21.

Nicolle: And what’s that?

Nicolle: So you might be the worst person to ask this question to because I wanted your perspective on how music has changed. I was watching the Voice last night –

Dave: You shouldn’t admit to that.

Nicolle: Well I’m admitting to it.

Dave: I actually don’t mind The Voice, I like the premise because at least it’s more so based on what they sound like and not too much about what they look it. Unfortunately that doesn’t matter, because they can still go get some dude who has a great voice but as soon as they find out what he looks like it doesn’t work. We live in a time where people care about that shit.

Nicolle: So has that been one of the biggest changes then?

Dave: No, I think what’s happened is people talk about how the Internet has effected music, but I don’t think the Internet is effecting music; it’s effecting people that listen to music. What’s happening is the 15 year olds, because that’s when you start to develop what you like musically – I’m 36 so that’s a big gap for me and I don’t really connect with these people very well anyway, but what I see happening is the attention span for anything has shortened. It’s not that people aren’t into music; they just aren’t into being into a full record of a band. They just want the one song they like, and then they want to go listen to another song from another band. No one sits there like back in the day, where you sit there and listen to an entire record front to back. Things have changed because the people have changed. You can’t sell music to these people like you did 20 years ago because they don’t buy music like that anymore. I think it’s just like, for rock and pop music, and rap and hip-hop, the fans aren’t interested in being fans of bands, they are interested in being fans of songs.

Nicolle: With Theory of a Deadman, are you still trying to entice new listeners?

Dave: Ya, we’re trying to, but it’s hard for me. Even Tyler (lead singer) was saying today he can post selfies on Instagram to try to connect with our fans who are doing that stuff, but he still feels like he’s disconnected. I’m very out of touch, in fact because of how everything has changed, it’s made me go back in time musically for myself – I want to listen to records again. I just feel like, what’s happened is the whole ritual of music has disappeared, no one cares anymore, people are like ‘put it on full random and whatever comes on, comes on.’ I just feel like people put so much effort and time into building these records a certain way and no one cares anymore. I listen to records at home and I feel like it’s good for my soul.

Nicolle: Are you guys being influenced in one way or another to change your sound because of this?

Dave: Musically, with everything changing, the music business has been upside down for 10 years because people are trying to figure out how to deal with the changes that are happening before they have a chance to figure it out – I mean once people figured out illegal downloading, some new thing had happened. We’re at a point where selling records has become extinct. So who cares about records, we just want you to come to the show – so long as people are somehow investing in music. We are trying to adapt, we are trying to pioneer something different, we know that merchandise is one of the only ways bands can make money, so we have an online site and we want to drive traffic to our merch site. So you know, we are trying to adapt, but with the band you are chained by your label and management and everything has to go through hoops. I tell people if they are in a band or getting into a band, they better love what they do. There are no rock stars anymore… For rock music, we’re in a bit of a valley but I still have hope that it will come around. It’s a bit of a sad state for music, I don’t want to be rich, I just want to be lazy and in a band for a living. It’s funny, people still have this belief that you’re filthy rich because you’re in a band that has released CD’s, and I’m always like ‘ when’s the last time you bought a CD?’ and they’re like ’10 years ago.’ EXACTLY.

I believe in karma to an extent, and Tyler will make fun of me for saying karma, but I believe in this positive thing and when I go see my buddies play, I’ll buy merch and I’ll buy CD’s and there will be a band from Seattle and they’ll be like ‘hey man, buy a t-shirt so we can drive back to Seattle tonight’ and I will. I made money in music and so I reinvest money back into music.

Nicolle: Tell me about the song ‘Savages.’

Dave: It’s got Alice Cooper in it. There is a version without him as well, for some strange reason some Canadian stations didn’t like it with Alice Cooper. When Tyler demo’d the song and I heard the spoken word part I was like ‘YES!’ Alice Cooper has the most sinister, evil voice and it’s also so recognizable. We sent him the song and he liked it and wanted to do it, and it was like validation from the prince of darkness in music pretty much. Without him there are so many bands that wouldn’t exist today. We’re very open to everybody’s ideas and it was cool to have him do his own thing, it’s cool to have guests. I wanted to get Willie Nelson on a song because we have a song called “Livin’ my Life Like a Country Song” and Tyler sing “living like I’m in a Willie Nelson track,” and I love Willie Nelson and so I wanted him to say a line in the song, it’s for selfish reasons, really. Maybe we’ll have him on the future. If I ever meet him I’ll roll a huge joint –

Nicolle: While everyone else is at the gym –

Dave: I’ll be like ‘Willie, I need to talk to you, because I can definitely convince you by the end of this huge joint.’

Nicolle: Should I put that in the article? Maybe Willie will read it…

Dave: Ya, maybe when he’s surfing the net it will come up.

Get at me Willie 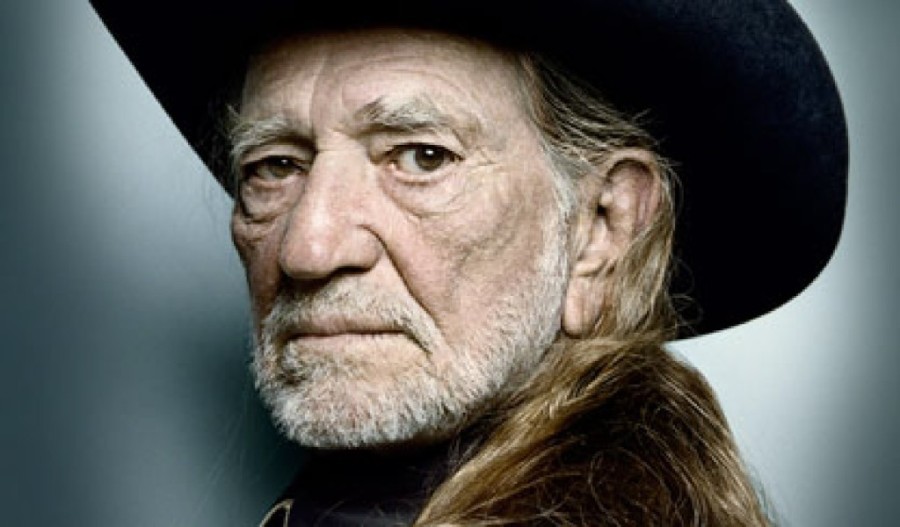