Vancouver has seen an era of revitalization and renovations. One of the victims of a modernizing city are the classic architecture and aging buildings. The decades have seen the death of many of the original theatres that occupied our fair city.

The Orpheum theatre officially opened on November 8, 1927 as a vaudeville house. At that time it was the biggest theatre in Canada and daytime admission for its 1,800 seats was 25 cents, children 15 cents.You could reserve a seat for 40 cents.

At the end of the 1930s and the end of vaudeville’s heyday, the Orpheum became a Famous Players movie house. In 1973, economic downturn led to plans to gut the theatre to update it into the increasingly popular multiplex design. 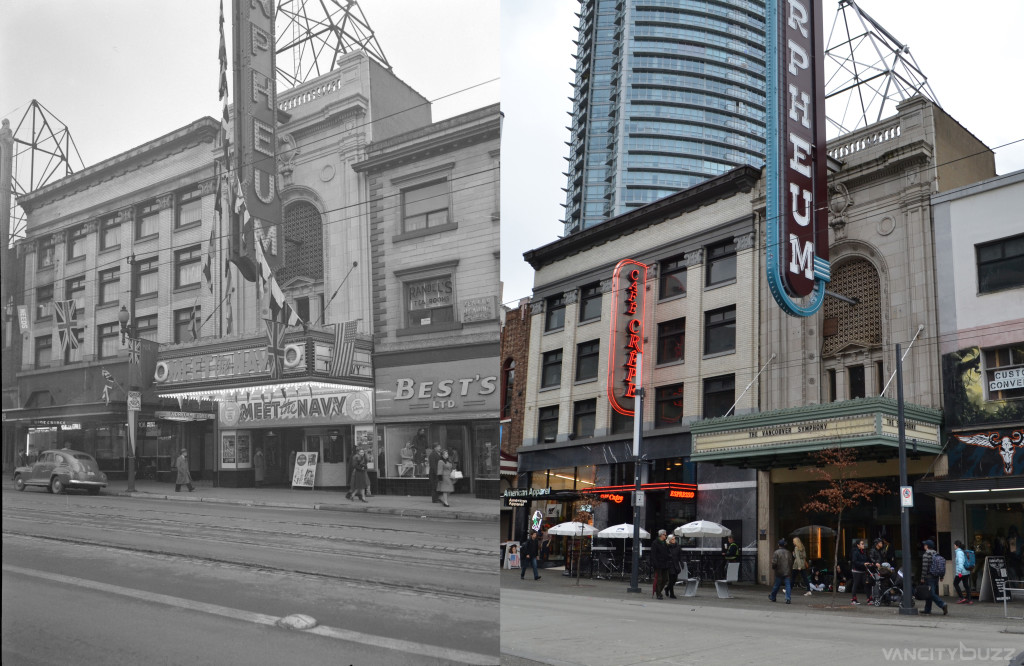 Protests were held and a “Save the Orpheum” campaign resulted in the City of Vancouver purchasing the space and restoring it. It was designated a National Historic Site of Canada in 1979 and has been the home of the Vancouver Symphony Orchestra since that time.

The Stanley Theatre first opened its doors in December 1930 and showed movies for over sixty years before its closure in 1991 due to falling revenues. After renovations in 1997-1998 converting the space to a stage theatre, it was awarded status as a heritage building.

Opened in 1941, The Vogue theatre was another addition to “Theatre Row”. Built in the classic Art Deco style of the time, it was built to facilitate both film and the performing arts. Atop the neon sign sits a silhouette of the Roman goddess Diana.