It’s a scorching summer and we won’t be staying indoors with our ice lollies thanks to a busting array of outdoor activities from gigs and festivals to movies in park. Back by popular demand as part of the Theatre Under The Stars (TUTS) series is Legally Blonde: The Musical, a non-stop sugar rush rollercoaster of evening entertainment.

We attended the opening night of the show which runs until August 23 along with Shrek: The Musical (performances alternate evenings at Stanley Park’s Malkin Bowl).

The story is based on the Amanda Brown novel Legally Blonde and the Hollywood movie of the same name with Reese Witherspoon. Elle Woods (Jocelyn Gauthier), a popular and glamorous sorority girl gets chucked by smart boyfriend Warner (Peter Cumins) for a more “serious” lady, and thinks the best way to win him back is to enrol at Harvard Law School, which he also attends. Perfectly logical, right?

Despite at first being mocked for her pink outfits and dizzy quotes, Elle soon gets her nose into those books and discovers how her knowledge of the law can help others. Somehow she successfully defends exercise queen Brooke Wyndham in a murder trial. The moral of the story is that it’s better to be smart than pretty. 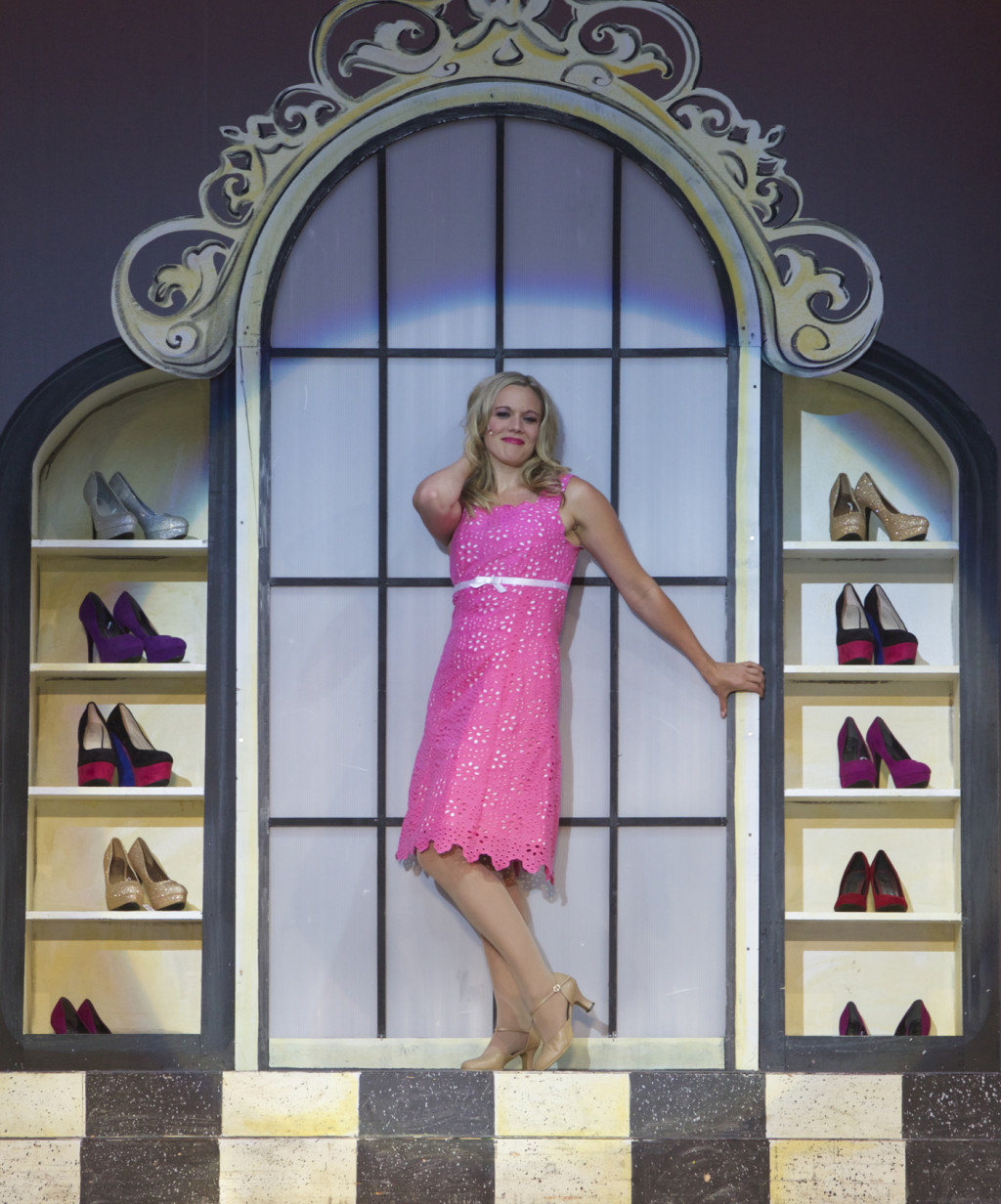 As absurd as the plot may be, there’s no denying that the musical entertained its vast but predominately female audience at the Malkin Bowl from start to rainbow finish.

Yes there were a few mishaps; one of the girls’ mics failed to work in the Greek Chorus ensemble and another stumbled on her skipping rope during Whipped Into Shape. But whilst not as effortlessly polished as their West End or Broadway counterparts, the Legally Blonde ensemble, made up of largely local Vancouver talent, twirled, sang and bounced with so much energy and sass that audiences were delighted to a standing ovation. 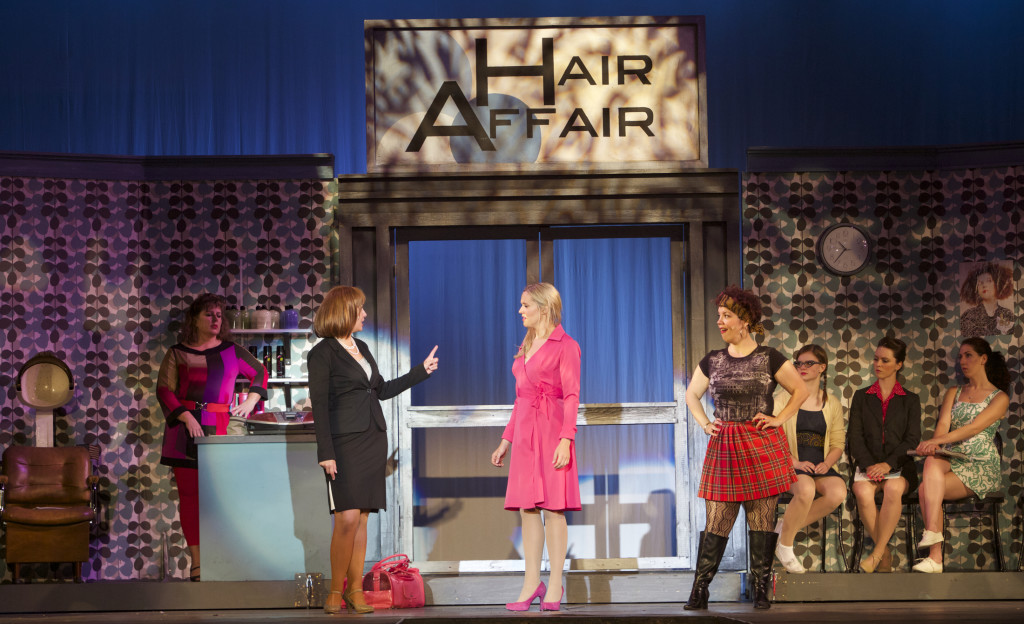 Jocelyn Gauthier proved a triple threat on stage and a blossoming international talent as she belted out numbers such as So Much Better, kicked and power danced through her Harvard “essay” and acted with sincere emotion, all while keeping her blonde locks in perfect tact.

Jacob Woike as Kyle the delivery guy with man curves steals scenes from the second half of the show, and is the reason for the famous Bend and Snap anthem. The laughs roll on in Gay or European during the shows court room scene where Elle’s instincts take her closer to winning the case. 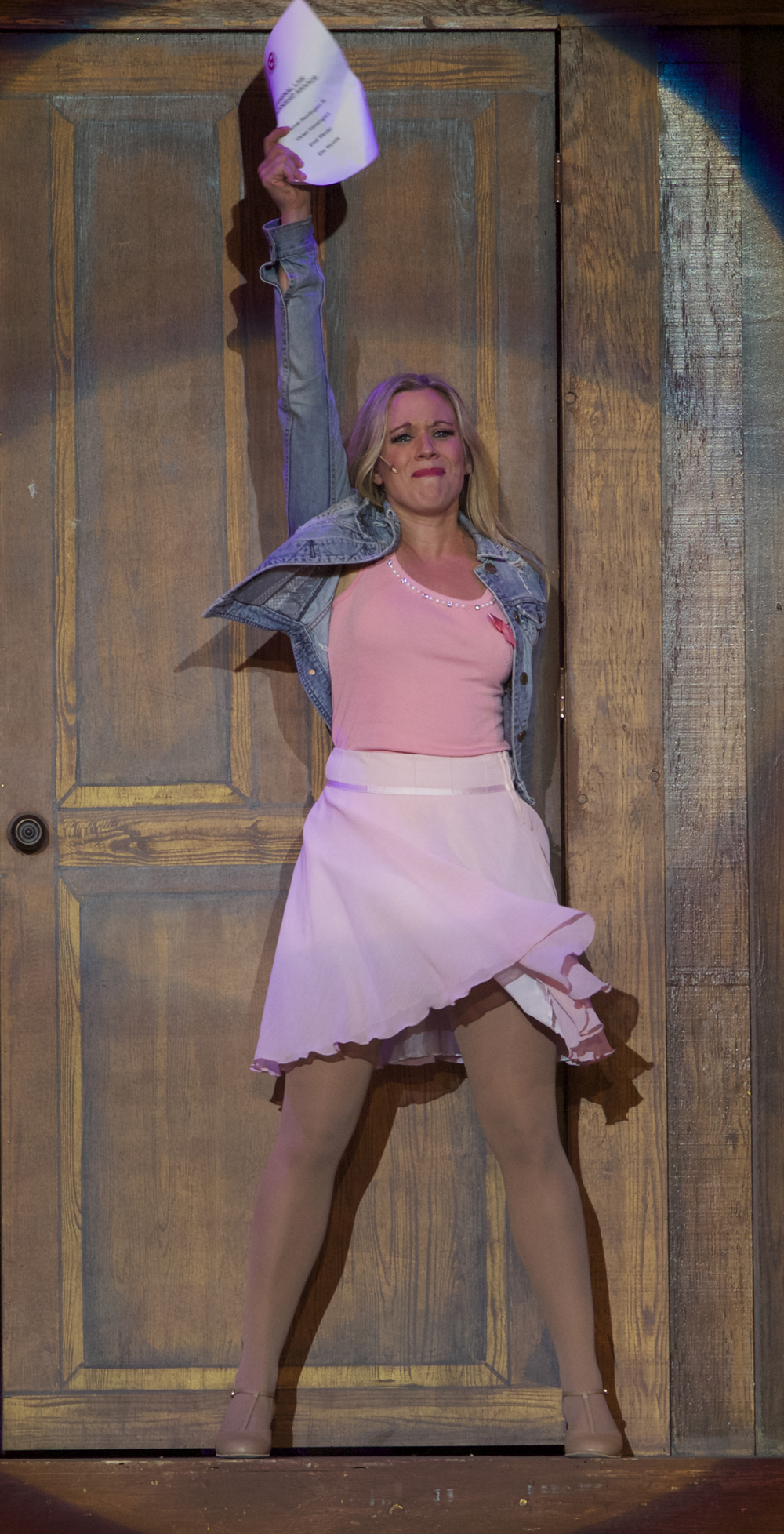 Theatre Under The Stars is the perfect summer evening treat for all the family, especially the ladies. Bring a blanket as the park suddenly cools when the sun sets during the pink song and dance spectacular.

A fantastic local tradition by some world class up-and-coming young talent. TUT’s Legally Blonde: The Musical gets a big pink painted thumbs up.

Shrek: The Musical & Legally Blonde: The Musical play at Malkin Bowl in Stanley Park until August 23. Tickets $20 to $45. For more information visit www.tuts.ca. 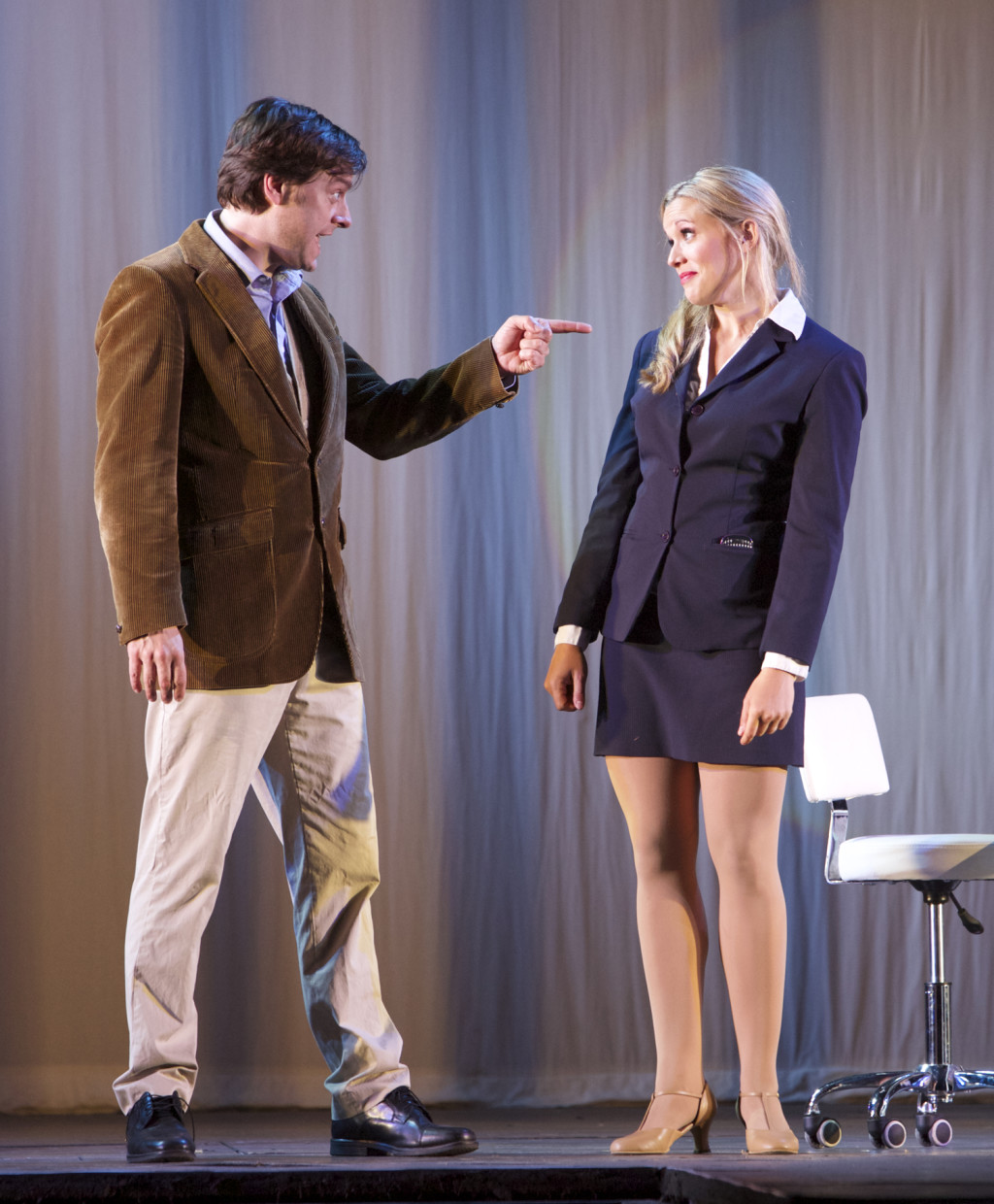