Zombie Syndrome is The Walking Dead meets choose-your-own-adventure. Leading up to 15 cautiously giggling audience members through the alleys of Granville Island, Zombie Syndrome is one part detective story and one part zombie pop culture reference – a whirlwind of a 90 minute theatre ride that will leave you breathless and laughing. 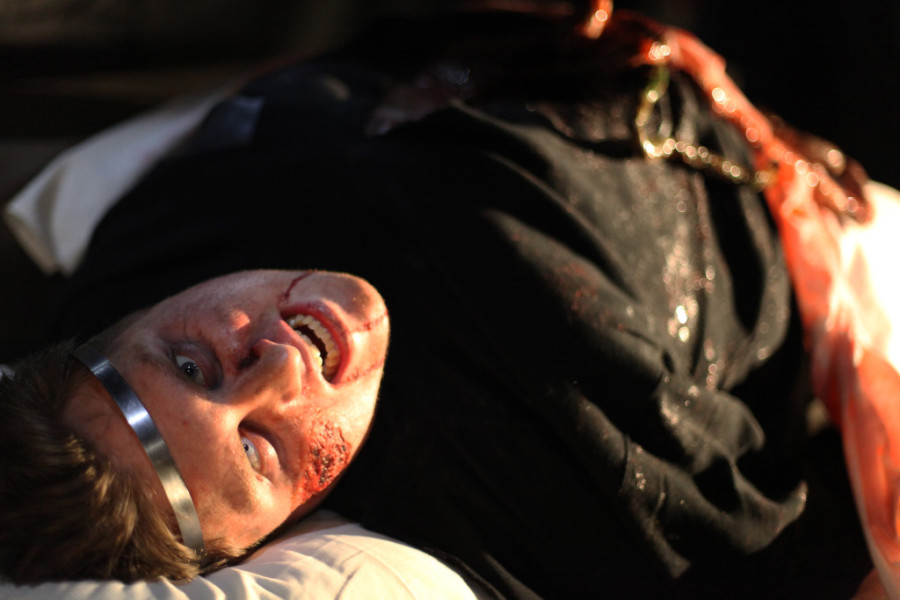 I was able to see Zombie in its infancy last year, and keenly felt the vast improvements made on this year’s offering. The cast has been expanded, the storyline cleaned up, and the sets, sprinkled across Granville Island, were believable and well-staged. Is it the most engrossing plot line you’ll come across in theatre this year? No, it isn’t, and Zombie does well to poke fun at its own ridiculous setting and subculture clichés.

Having experienced The Virtual Stage‘s interactive work in the past also made me one of the most willing participants. My favourite part was bantering back and forth with individual cast members, asking tough questions that they good-naturedly answered without breaking a sweat (or so it seemed; it was pretty dark out, after all). Here’s a tip: answer questions. Make stuff up, even if it sounds insane. The audience is meant help shape the story, and participating willingly, instead of hanging out awkwardly in the back, will go a long way to booster your experience.

Besides, they make fun of the shy ones. 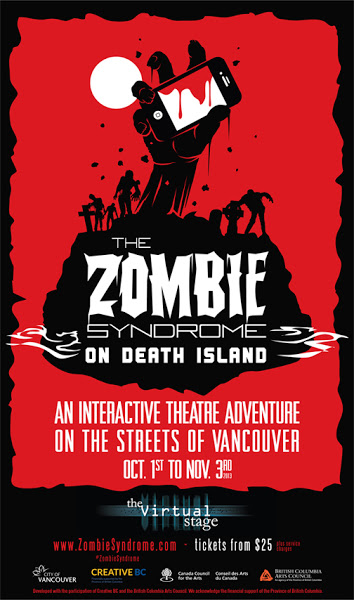 The plot? I can’t tell you many specifics without giving it away. Zombie takes great pains in keep their audience guessing: the location of the play is not revealed until the day of your scheduled performance. Bring a smartphone, and make sure it’s charged. Dress for cool fall nights, but try to keep your hands free because you’ll need them. Don’t think too much – just go.

Oh, but do try to keep up. One character’s hilariously improvised line: “I GUESS I’M SHOUTING AT YOU BECAUSE YOU’RE ALL SO FAR AWAY.”

Zombie Syndrome, by The Virtual Stage, plays at a secret location nightly until November 3. Tickets must be purchased in advance online.