The tagline boasts “a passionate new musical” – and the cast, creative team, and band of Arts Club’s Onegin definitely fulfill that promise. With a touch of humour, audience interaction and emotional depth, you don’t want to miss this lively and moving show.

Onegin is the newest Canadian musical creation by Amiel Gladstone and Veda Hille, the team behind the ingenious Do you want what I got? A Craiglist Cantata, this musical is based on the poem by Pushkin and the opera by Tchaikovsky.

The entire experience of the production was undeniably immersive. From the very beginning of the show, the characters handed out vodka shots to the audience and invited them along to play a drinking game. The only rules? Drink every time the word ‘love’ is said in Russian. 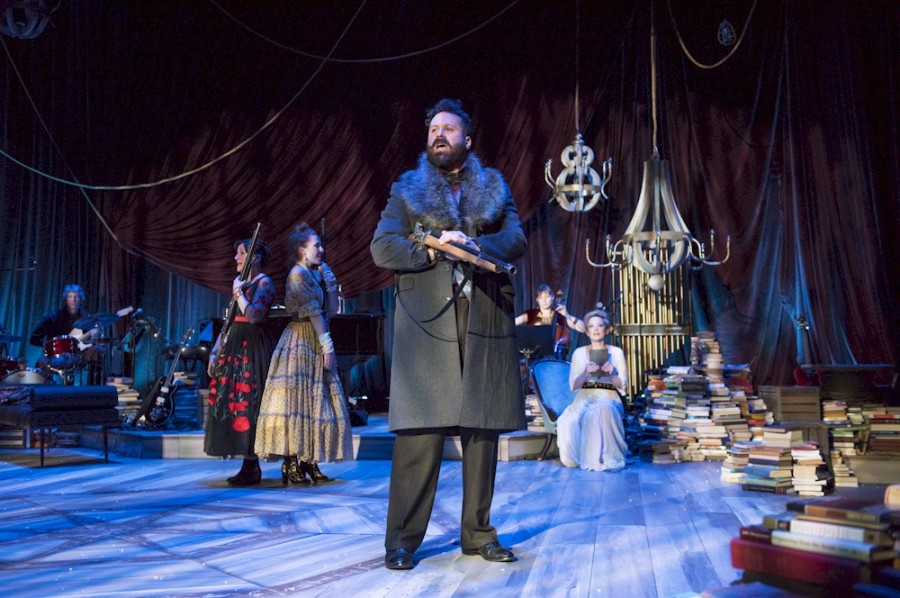 The cast was incredibly well-rounded, each with their own spark of energy they brought to sharing the tale of Onegin with the audience. Each have their own special way of reaching across the fourth wall, sweeping their viewers up into the story with ease and flirtation. You couldn’t look away if you wanted to, but even then, why would you?

The definitive standout was Meg Roe as Tatyana Larin. Her presence was like a breath of fresh air, her singing voice crystal clear and unique. She brought a gentle poise to her role that made the audience instantly fall for her.

Alessandro Juliani as the show’s namesake, Onegin, was powerful and brought a lot of grace to the complex character. Onegin’s friend turned adversary, Vladmir Lensky, was played by Josh Epstein and he stepped into the role with a great voice and acting chops. Lauren Jackson took on the role of sweet Olga Larin with honesty and energy, always staying right in the moment with her characterization. 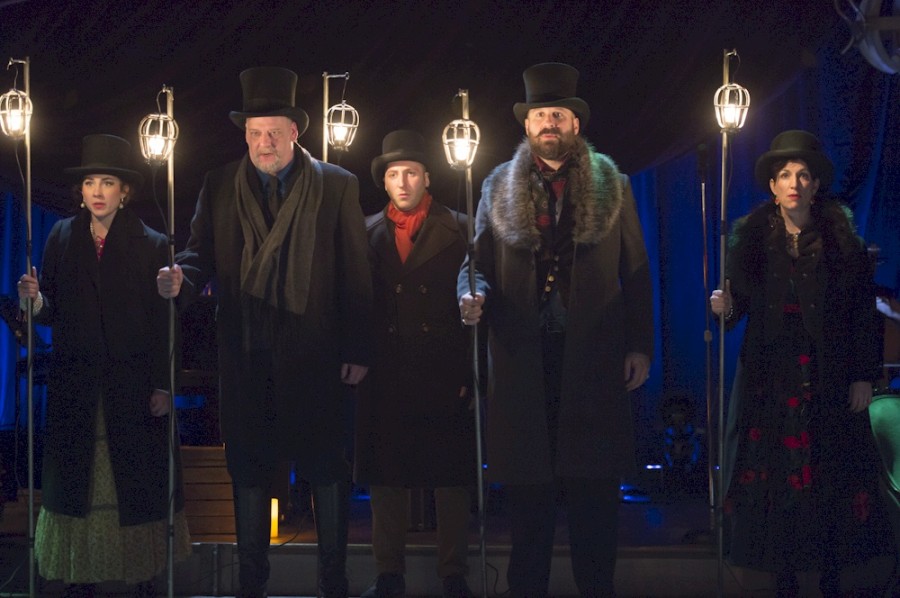 The playing space of the Goldcorp stage at the BMO at the Theatre centre is extremely versatile. It’s a malleable blackbox theatre and was set up for this show as a stage in the round. The set decoration was inviting, with deep red curtains and books stacked at each corner of the stage. It really made you feel at home.

The costume design by Jaqueline Firkins was nothing short of gorgeous. Each piece not only complimented the actor physically but helped elevate the character as well, with it’s detailed design. 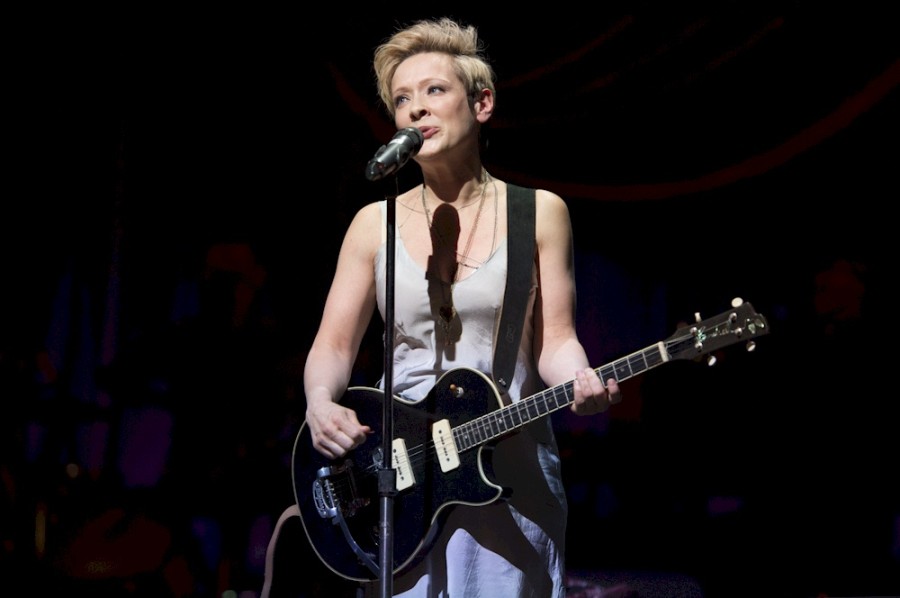 Direction can be difficult to execute in a theatre in the round, but Amiel Gladstone made use of every square of the space that the stage offered. Gladstone kept the actor’s constantly active to ensure none of them ever had their backs to the audience for too long. Choreography by Tracey Power was jovial, inventive and really suited not only the music but the era the show was set in.

Just like Craiglist Cantata, the lyrics and music of Onegin was clever and tongue in cheek. They embraced the presence of the audience and used it to their advantage. The music was also incredibly catchy with a sense of familiarity and fun in every tune. I walked out of the theatre humming melodies and repeating my favourites lines over and over to myself.

The show is incredibly contemporary in its creation but not at all pretentious in it’s execution, which seems to happen with new works these days. It’s experimental and fun but not alienating, like other modern creations, instead it invites the audience to take the journey with it which is what makes it so successful. 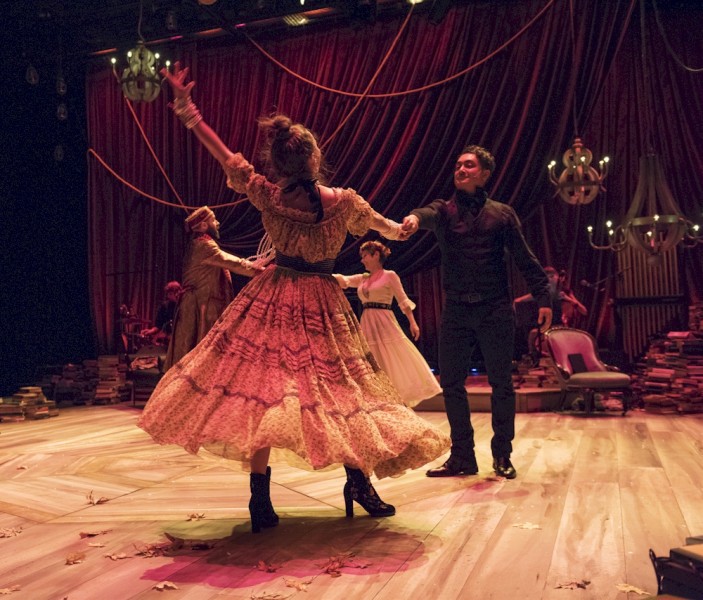 Even though not everything was perfectly tied together in the end, I still walked away with a complete feeling. This was most likely due to the commitment of the cast to their storytelling, right up until the very last chords of the show. It really was a breathtaking experience and as an audience member, you really felt a part of what was happening onstage. I cannot recommend this show enough. It’s a thoroughly enjoyable evening of music, theatre and performance.

Please note that all evening performances are restricted to viewers 19 and older. They are strict about this policy and will turn away those without proper identification. Matinees are for all ages.