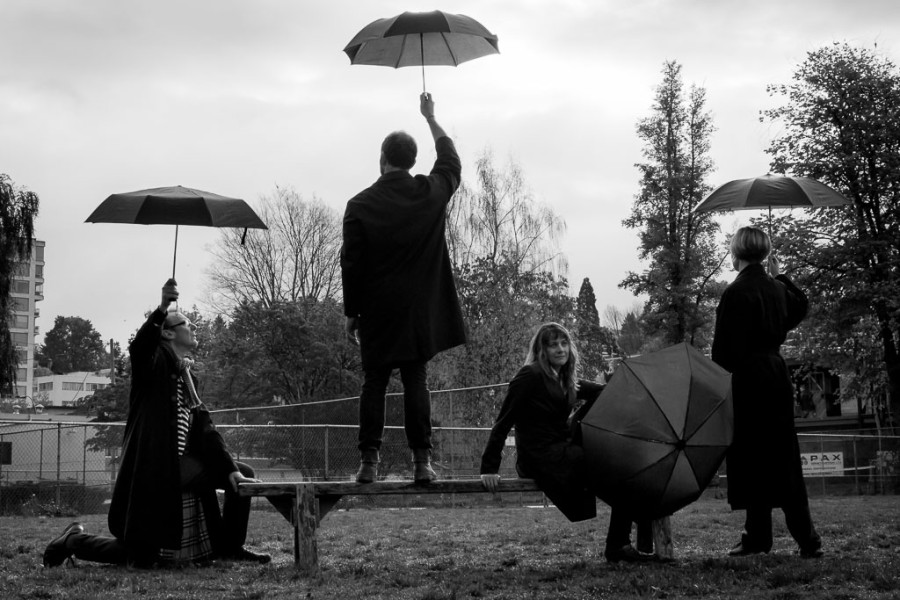 Themes of loneliness and love run through Off Leash, beginning with JB’s opening number on life as a recently-divorced single father. JB reconnects with his estranged Uncle Danny on that fateful morning in the East Van dog park, and Danny encourages JB to open up, and chat with his dog park crush Isola. However, before he can make his move, Carol appears with shocking news: the city wants to shut the dog park down.

The heart of Off Leash is in the right place, but the execution of the operetta is scattered. Van der Griend, Di Cicco, Webb and Ydenberg all had strong singing voices, but many of the songs were repetitive. Yes, I get that JB is still hung-up on his ex-wife. We don’t need yet another song about how broken he is. Many of the storylines also feel incomplete. What happened to Carol’s meth-addicted daughter? What happened after the police were called to the dog park? Even the climax of the operetta feels unsatisfying, though The Howlers were a heartwarming touch. 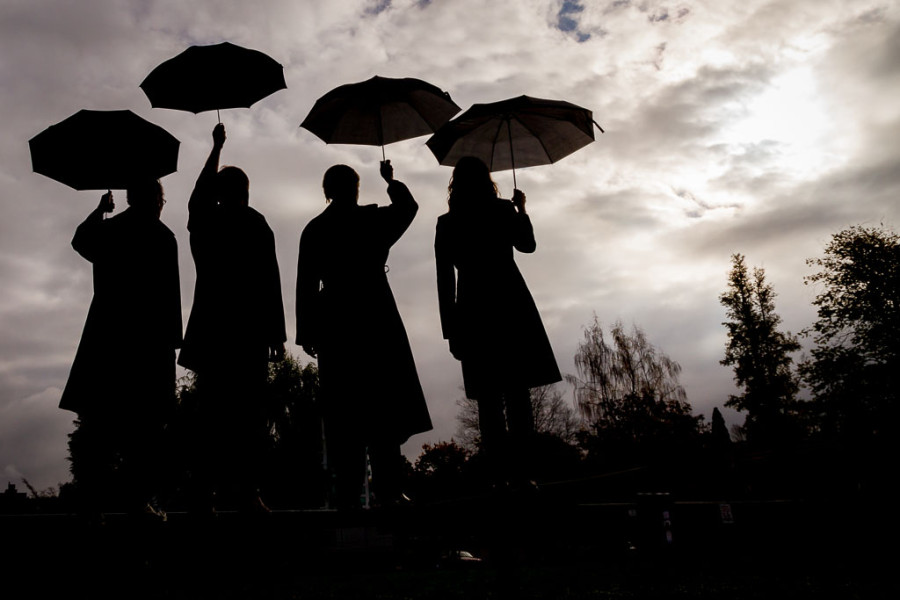 Having the actors play dual roles was a bold choice. Everyone committed to wagging their tails and barking for treats on the gorgeous set by Drew Facey. Some moments were very playful and charming, particularly a doggy dance sequence in the middle of the first act. To that end, Off Leash is a nice example of experimental spectacle that live theatre can offer.

Ultimately there is too much happening in Off Leash with little payoff. Librettist Lucia Frangione and Composer Benton Roark would have greater success if they focused more on the burgeoning relationships between characters and less on revisiting their damaged past over and over again. Unless you’re a big animal lover, it may be best to let this sleeping dog lie.

Off Leash plays at Studio 16 until November 8. More information here.