Lapin Blanc, Lapin Rouge is an innovative production by Theatre la Seizieme where each night, a different actor takes on the script that they’ve never seen or read before. It’s the same script every night but the way it’s interpreted by each actor is unique.

The playwright of Lapin Blanc, Lapin Rouge is an Iranian man named Nassim Soleimanpour who is unable to acquire a passport because he refuses to perform military service. The reason he wrote the play is to be able to travel the world through his words so each time a new actor speaks his text, it’s almost as if he’s speaking through them. 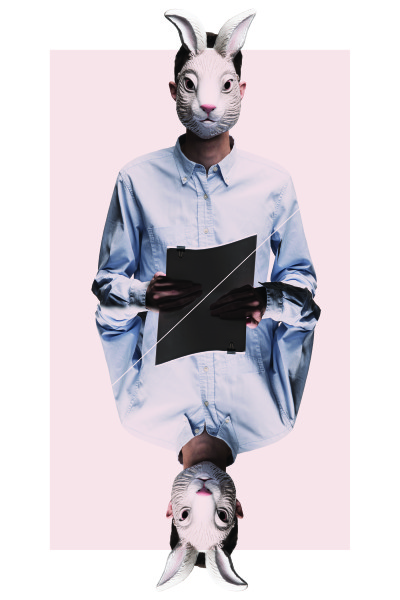 The performance was incredibly unique as you got to experience the actor discovering the script at the same moment the audience does. This journey is nerve-wracking but refreshing at the same time and inspired many spontaneous moments. Irish Theatre Magazine describes the show as “a theatrical version of Russian Roulette” and there’s no better way to put it.

The small blackbox theatre that is Studio 16 is the perfect backdrop for this barebones production. With nothing on the stage save a ladder, a table with two glasses and a music stand for the actor’s script, there’s nothing to distract from Soleimanpour’s words. The actor has the freedom to move through the empty space as they wish, even traversing into the audience if they feel necessary. 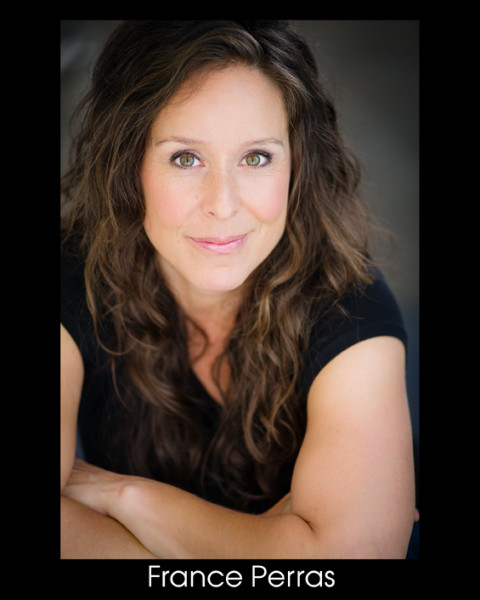 The fourth wall never exists in this show so anticipate quite a bit of audience interaction. I’m usually not a fan of this but Soleimanpour does such an amazing job of weaving it naturally into the script that it never seems forced. I never once cringed when the reader reached out for a volunteer because the audience interaction established from the beginning built a sort of community between the audience and the actor. In a way, not only the actor performs the script, but the audience as well. It sets up a strong connection that makes the words shared even that much more important because, as viewers, we suddenly feel responsible for the outcome of the show as well. It definitely takes some weight off of the actor’s shoulders and sets up a sort of ‘we’re all in this together’ atmosphere.

I was fortunate enough to see it twice as I attended on a night with surtitles as I’m not as familiar with French as I should be. France Perras was the actor on the first night and the second showing that I saw featured local bilingual actor, Cory Haas. I’m glad I was able to witness these two versions of the production as it really highlighted the strengths of the text.

Cory Haas and France Perras interpreted the script very differently; Perras, with a more reader’s theatre approach while Haas put weight to every word. Haas made a point of ‘acting’ it out while Perras was much more of a reading. Now, both approaches were entertaining but my preference was definitely Haas’ who took the meaty script and revealed its comedy and dark moments by emphasising both, whereas Perras delivered a very even performance, without many peaks and valleys.

Each interpretation had it’s own merit and that’s not only a testament to the performer’s talent and professionalism but also the quality of the script in their hands. Soleimanpour’s words really do travel the world and have a lasting effect on those who have the honour of reading or hearing them. While many subjects are touched on in this unconventional piece of theatre, it never becomes a wash as there’s always something extremely specific being shared with the audience and that’s why the audience interaction is so integral to this piece. 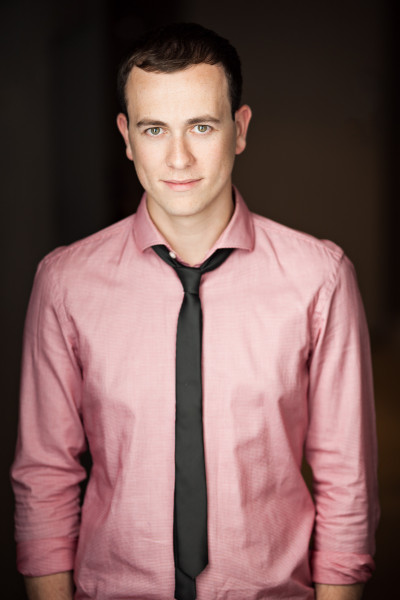 Lapin Blanc, Lapin Rouge is a moving and exciting piece of theatre that I hope to see again. It’s one of those shows that truly makes you think when you walk away from it. It’s short and sweet with only an hour and fifteen minute running time but the effect it has is lasting. Perras and Haas took their daunting task of performing a script they’d never seen or read before in stride, delivering touching and hilarious moments.

You owe it to yourself to see this incredible production and the fact that there’s a different actor every show it guarantees a new experience each night! If your French isn’t perfect, like mine, there are surtitles available during Saturday night’s show.

Here is the promo for the show:

Theatre la Seizieme presents Lapin Blanc, Lapin Rouge through January 30 at Studio 16 (1555 West 7th Avenue, Vancouver) with a different actor each night taking on the script for the first time. Tickets are $25.