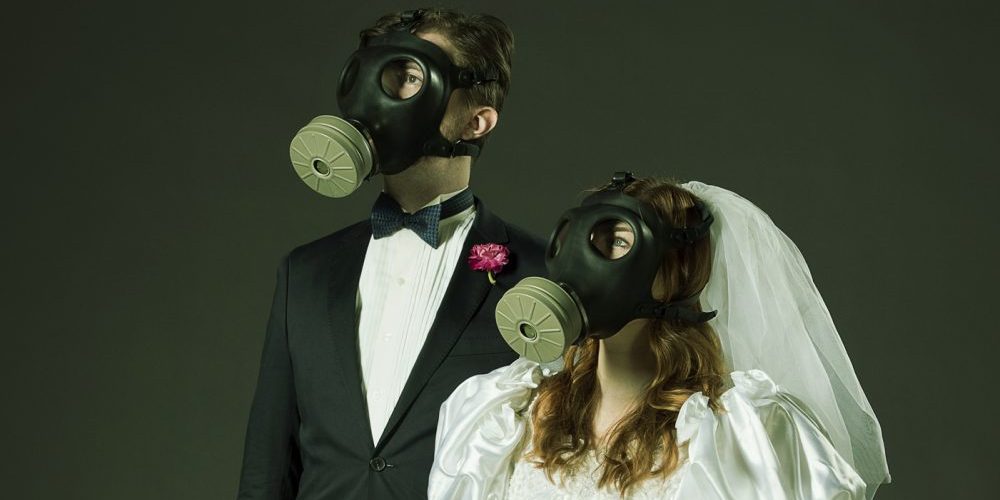 There is one breakout performance in homegrown theatre rom-com How To Survive an Apocalypse, and she’s a dumb blonde. Local playwright Jordan Hall’s premiere is filled with Vancouver in-jokes and hipstery douchbag banter, but it’s the play’s joker character that gives life to Apocalypse.

How To Survive an Apocalypse is all about millennial preppers – young urbanites who fantasize about the end of human civilization and the exact amount of bottled water you need to survive it. Hall, who had previously penned Kayak to critical acclaim, is fascinated by the fears of this generation – “[the belief that] perfect grades could save you from failure; or that a perfect life could save you from death.” It’s certainly the ambitious drive for perfection that drives the play’s leading lady, Jen (Claire Hesselgrave), the editor of a ‘culture mag’ dealing with a pivot-or-die crisis. 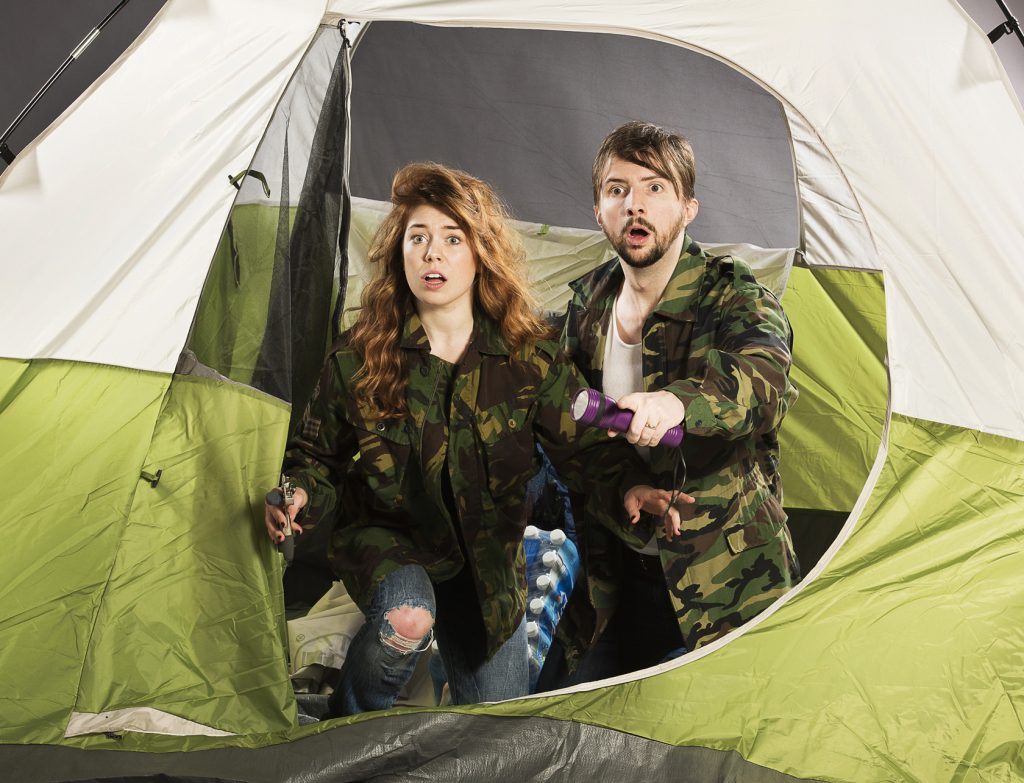 The pressure of keeping up appearances (because “no one listens to ugly feminists”) is further complicated by two men – her out-of-work game designer husband (Sebastien Archibald) and “snakeoil salesman” Bruce (Zahf Paroo), sprung on Jen by her board to supposedly help save the publication. Archibald’s charmingly ineffectual timing delivers some of the play’s best lines (“Yeah but the government… I can’t even complete that sentence”), but Paroo’s primal survivalist man isn’t strong enough as a foil in the resulting “penis measuring” scenes.

It’s the actions of clueless-best-friend Abby (Lindsey Angell) that turns Apocalypse into an actual comedy, hurling gratitude like a curse word and stealing every scene after that. Angell plays Abby iconically, unironically, and whole-heartedly – a step beyond stereotype that has the audience following her every expression. The ‘fight scene’ climax with Abby at the centre wielding an all-too-Vancouver weapon (I won’t give it away) is brilliant, and cements Angell’s status as one of the funniest women I’ve seen on the small stage.

How To Survive an Apocalypse