Dogfight is exactly what you expect out of a contemporary musical theatre show: youthful angst, dissonant ensemble harmonies and lots of metaphor. Though it is a tad predictable, the cast, creative team and band really breathe life into a potentially formulaic production.

The show tells the story of a group of marines about to be shipped out to the Vietnam War but before the do they participate in a dogfight: a party where they all wager who can bring the ugliest girl. Among these young men is Eddie birdlace who happens upon Rose, an awkward but sweet waitress/musician.This musical blends rock and folk music and is based on the 1991 film, starting River Pheonix and Lili Taylor. 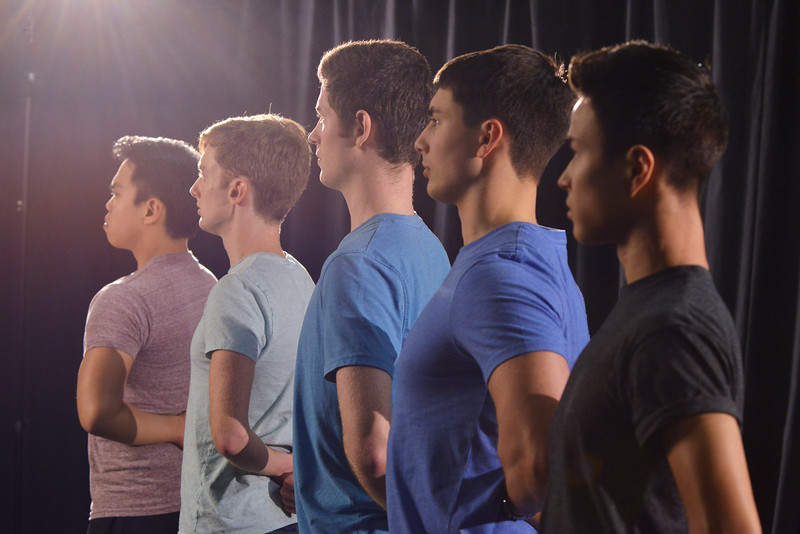 The issue unfortunately is the show itself. The music sounds like it has been sampled from others and it just seems to take itself a little too seriously in the glamorization of the young men going off to war, while it is way too flippant about how it negatively portrays women. It’s borderline misogynistic and for a show written in the last couple of years, that shouldn’t fly. It just isn’t a great show in the writing side of things but the cast made up for that with their commitment and energy.

Amanda Sum as Rose was naive but a breath of fresh air amongst the intensity of all the ‘jarheads’. She had a unique folksy tone that was great for the more tender moments but unfortunately didn’t translate to the beltier songs. Her shining moment was at the end of the second act with the song “Pretty Funny” where she showcased just how vulnerable she can be, fighting through her tears and sharing a truly beautiful moment with the audience.

Stuart Barkley as Eddie Birdlace was just enough macho balanced with a dash of tenderness. His voice is smooth and strong, giving him the perfect combo to don the combat boots and dog tags that the role requires. His portrayal had depth to it and he didn’t shy away from the more emotional moments. He even managed to pepper in some light humour which made his portrayal even more charming.

Ray Boulay stepped into many different costumes and characters with great commitment and a powerful voice. Sharon Crandall stepped into the role of Ruth Two Bears/Chippy for one night only and stole every scene she was in with her comical characterizations. The ensemble of young men playing the remaining marines were committed and energetic with their roles but a little indistinguishable, aside from their powerful vocals. 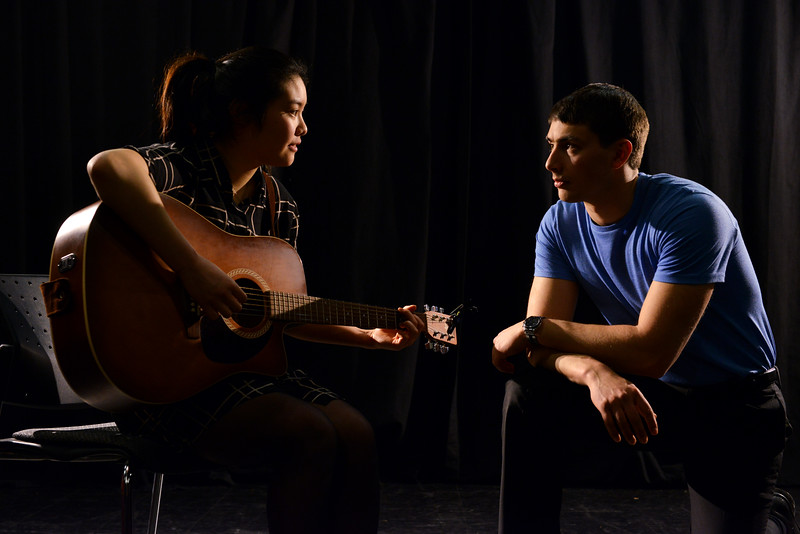 The minimalism of the set was sometimes a bit distracting, the stage seemed too bare at times, but at least it kept the scene changes snappy. The director, Chris Lam, explains in his director’s notes that this choice is made to “exercise the abilities of storytelling” but sometimes it just came across as lazy.

The set up of the Pacific Theatre is also a bit awkward. It’s alley stage never bodes well for musicals and without an experienced director at the helm, the staging can be a bit difficult to navigate in a space like this. It doesn’t help that the alley stage created a sound problem as the cast doesn’t have microphones so if they’re not facing you, you have no idea what they’re saying.

As a point of interest, the show features double casting of the leads, playing on alternate nights: Stuart Barkley (Les Miserables), Justin Lapena (King and I), Amanda Sum (Arigato, Tokyo), Sara Vickruck (Love Bomb). On nights when they’re not stepping into the roles of leads, these actors take up parts in the ensemble. 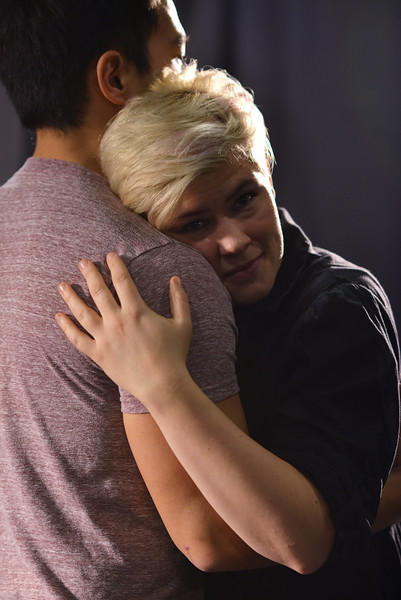 This extremely limited run of Dogfight only runs until Saturday night, so catch it while you can. It’s worth seeing, even if just for the raw and youthful talent that makes up the cast, chock full of strong voices and intelligent performances.